RHONJ Star Teresa Giudice’s Relationship Status is Revealed After Cozy Photos With Ex, Plus See Video of Joe Giudice Reuniting With His Daughters in Italy for Christmas 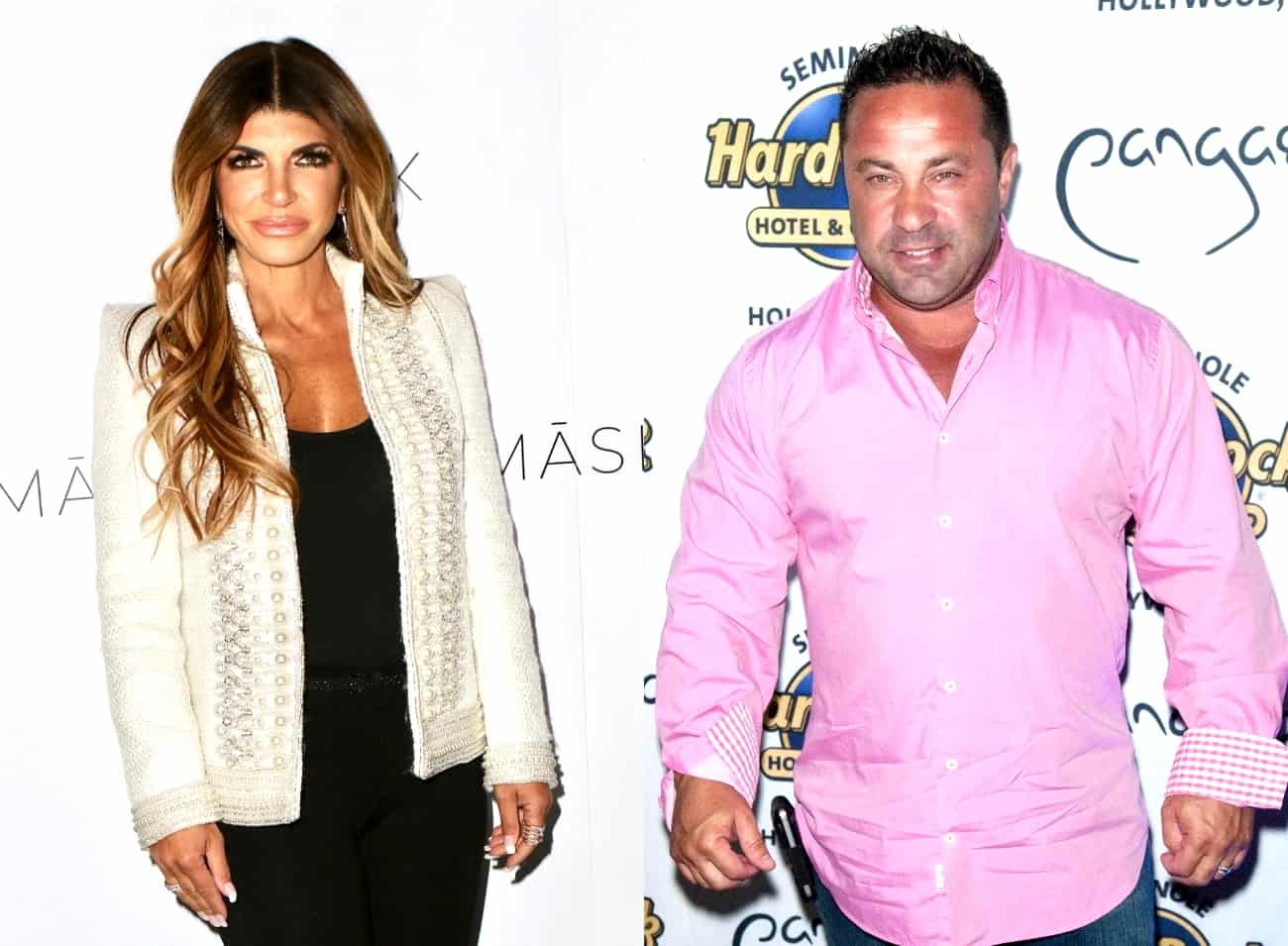 After Real Housewives of New Jersey star Teresa Giudice was seen cozying it up with ex-boyfriend Anthony Delorenzo, have they gotten back together? Meanwhile, her estranged husband Joe Giudice welcomes their four daughters to Italy for Christmas.

Just one week after the confirmation of her separation from her husband of 20 years, the New Jersey housewife was spotted in the arms of Anthony, a man she dated back in high school. But has Teresa moved on this quickly? According to a source close to Teresa, nothing’s been made official yet.

“The guy she was hanging with is Tony who was on an episode of ‘RHONJ.’ She’s known him forever and they are just friends,” the insider dished to Hollywood Life while noting that “Joe knows him well, too.”

While Teresa looks pretty happy in the pictures that were taken of the old friends, the source continued to explain that the reality star isn’t quite ready to move on from her relationship with Joe, let alone speed up the divorce process.

“Teresa’s not ready to date and not looking to get married again anytime soon. It’s not like she’s got a desire to have more kids or anything, so she doesn’t see the need,” the source continued of the Bravo star. “She also has no intention of divorcing Joe anytime soon for the sake of the kids. She knows it would really upset them and it’s the last thing she wants to do.”

As fans already know, Teresa’s husband is residing in Italy as he awaits a final ruling regarding his deportation appeal. And while Teresa joined their four daughters to visit their dad in Italy back in November, she won’t be joining them when they stay there for Christmas.

“Teresa was trying to get to Italy just to spend the holidays with her girls, but she feels the need to be with her father now because of his health issues and spending so much time in and out of the hospital,” the source explained. “It wasn’t an easy decision, but she knew it was the right one.”

And visit their father, they did! Joe even posted a sweet video of him greeting his four smiling daughters, Gia Giudice, 18, Gabriella Giudice, 15, Milania Giudice, 14, and Audriana Giudice, 10, at an airport in Italy on Tuesday.

“They are so cute so Happy ????” the father-of-four wrote alongside the clip.