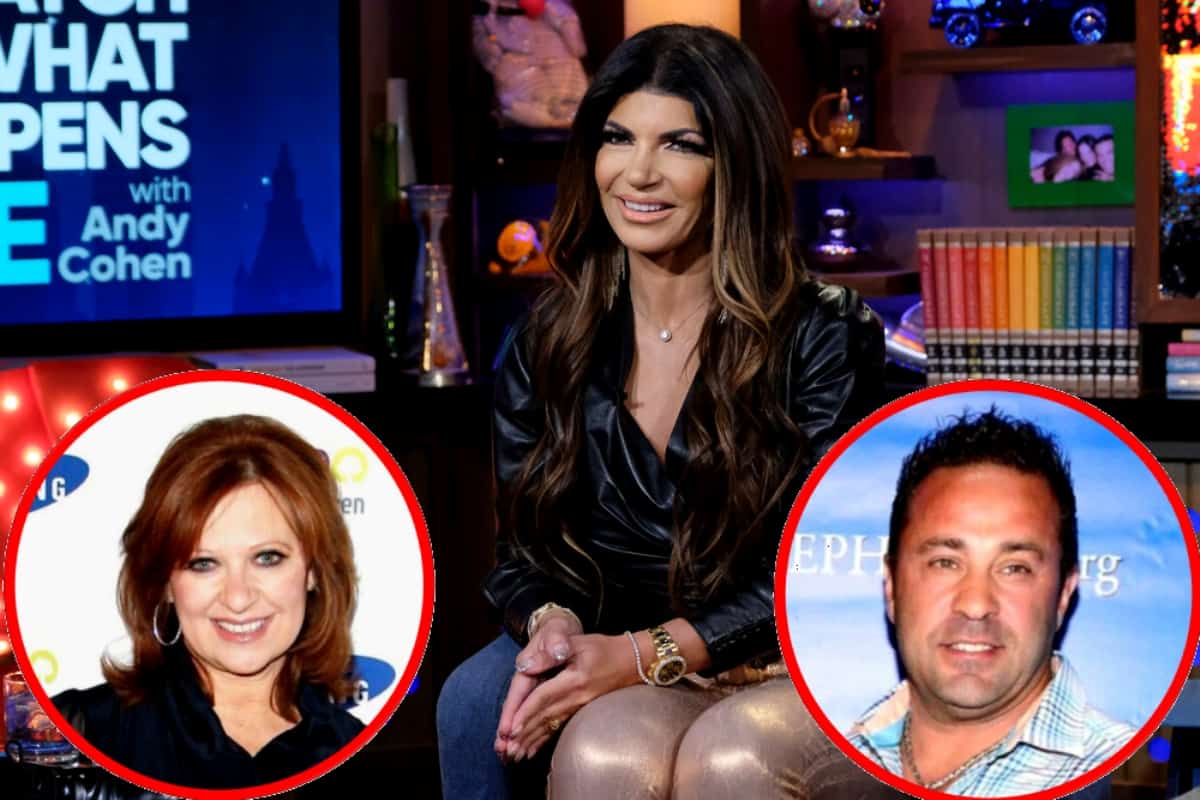 Teresa Giudice appeared on Watch What Happens Live this week, where she spoke about her feud with Caroline Manzo and a future visit to Italy.

After reacting to things Caroline said about her during the recent BravoCon fan convention in New York City, the Real Housewives of New Jersey cast member explained why she won’t be traveling back to Italy to see husband Joe Giudice anytime soon.

“[Caroline] said she had a lot of great times and belly laughs with you guys and that she missed those times,” Andy Cohen revealed to Teresa after a caller phoned in for Teresa’s response.

“Yeah… and then I heard she said something else after that,” Teresa replied.

“And then she said you behaved like an a** on [Joe and Teresa: Unlocked],” Andy continued.

“We did have great times,” Teresa agreed.

But those good times are long over, and looking back, Teresa blames Caroline, who she labeled “crooked” last month, for the demise of their friendship.

“Shame on her for the way it ended up. She’s the one that went against me,” Teresa said. “I didn’t go against her.”

During the WWHL After Show, Teresa continued to answer calls from fan. At one point, she responded to a caller who wanted to know when she was planning to return to Italy.

“Maybe the summer… probably the summer,” Teresa shared despite their recent flirty exchanges.

“Maybe the summer? That’s in like, eight or nine months,” Andy interrupted.

As for her own return, Teresa said she’ll be waiting until next summer because she simply doesn’t have any time until then.

“I have to work around that time. So, that’s why I can’t go. So, summer! That’ll be my next break because the girls have school,” she stated.