Home Real Housewives of New Jersey News VIDEO: Joe Giudice Accuses Teresa of Cheating on Him While He Was in Prison, as Teresa Claims He Was Unfaithful in RHONJ Interview Special – Joe and Teresa Unlocked

VIDEO: Joe Giudice Accuses Teresa of Cheating on Him While He Was in Prison, as Teresa Claims He Was Unfaithful in RHONJ Interview Special – Joe and Teresa Unlocked 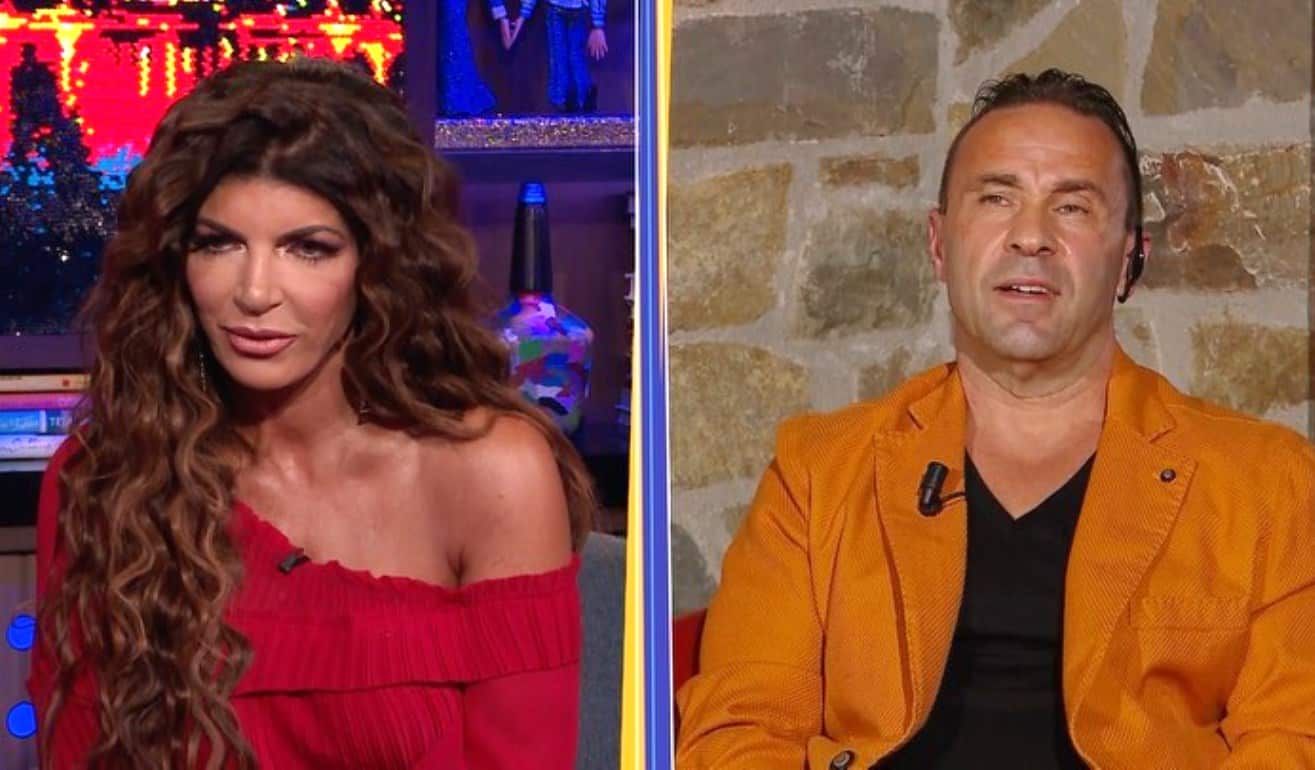 Teresa Giudice and her husband, Joe Giudice, will be seen addressing some major issues in their relationship on The Real Housewives of New Jersey special, Joe and Teresa Unlocked.

In a sneak peek at the upcoming special, host Andy Cohen is seen telling viewers that the couple, who has not yet reunited in person, is ready to “set the record straight” for the first time since they were each sentenced to time behind bars.

“For the last five years, the world watched as Teresa and Joe Giudice served back-to-back jail sentences, followed by Joe’s transfer to ICE custody, and two weeks ago, [his] departure to Italy. Now, the fate of the entire Giudice family hangs in the balance as Joe awaits overseas for a final verdict about where he’ll spend the rest of his life,” Andy begins.

Following Andy’s lead-in, Teresa is seen sitting beside him in the Bravo Clubhouse, where Watch What Happens Live is filmed, and Joe is seen on video. Andy asks him if he is “still in in love” with Teresa but gets no response.

At that point, the rumors of infidelity aimed at both Teresa and her husband were mentioned.

“Do I feel like he was faithful?” Teresa asks Andy of Joe. “No.”

“You were photographed with women also,” Teresa tells her husband.

“That’s why it made it okay for you?” he replies.

According to Teresa, she has a lot of guy friends. “That you hold hands with?” Andy wonders, noting the time she spent with Blake Schreck earlier this year.

And in a second clip, Joe flat out states that he believes Teresa cheated on him during his time in prison.

“Joe, were you faithful to Teresa while she was in jail?” asks Andy.

“I was actually, yeah,” replies Joe.

“Teresa, have you been faithful to Joe while he was away?” Andy asks.

“You don’t think she’s been faithful Joe?” Andy asks him.

“No, I don’t think so. No,” Joe responds before Teresa can give an answer.

Despite the apparent tension between Teresa and Joe, she tells Andy, through tears, that she’s “just happy he’s free.” However, Andy doesn’t believe Teresa is truly happy and points out that “those don’t seem like happy tears.”

Andy then tells Teresa that she seems to be speaking about her marriage to Joe “in past tense.”