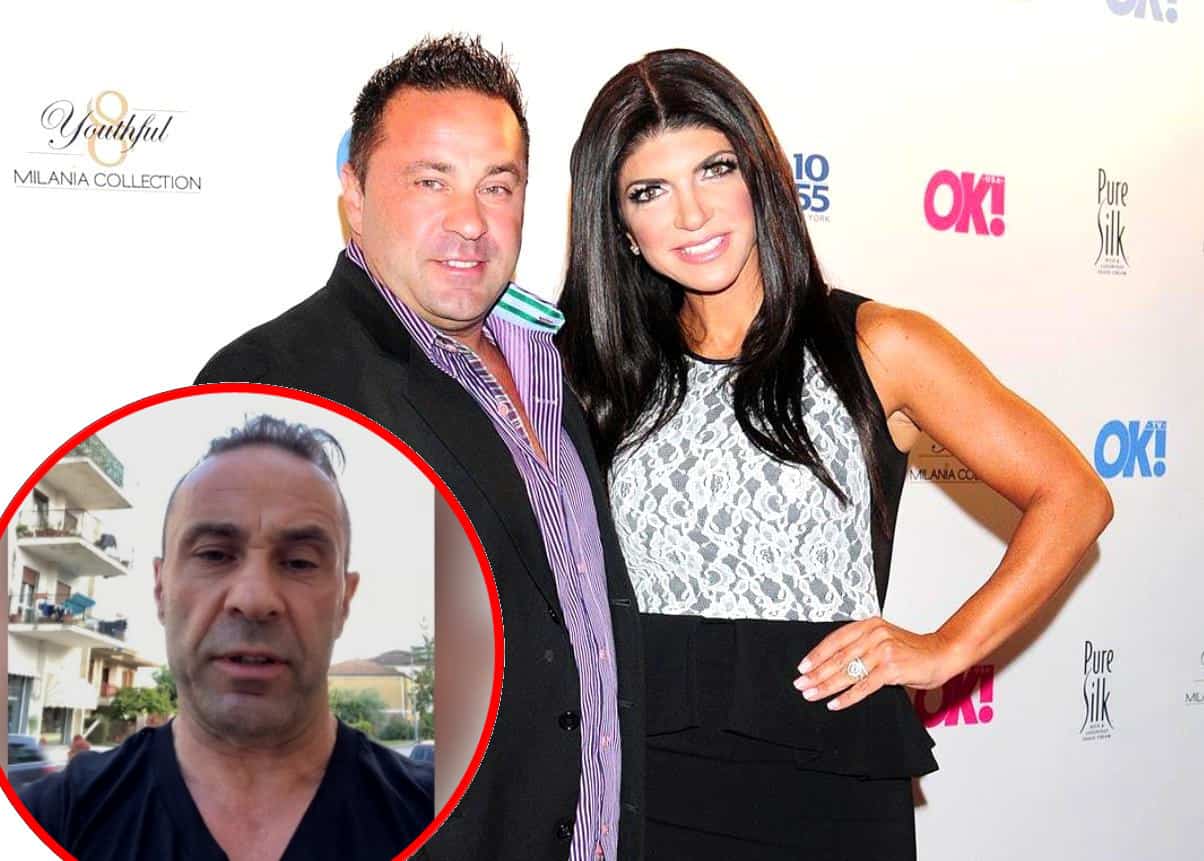 The Real Housewives of New Jersey star Joe Giudice is speaking out for the first time since being released from ICE custody as his wife Teresa Giudice just announced when an upcoming joint TV interview featuring her and Joe will air on Bravo.

Just over a week after arriving in his native Italy, the RHONJ cast member has shared a personal statement with his longtime fans in which he vows to “look forward and never look back.”

According to Joe, who will celebrate 20 years of marriage to Teresa on Wednesday, October 23, “people make mistakes” and “nobody’s perfect.”

As fans of RHONJ will recall, Teresa and Joe were both sentenced to time behind bars in 2014 after pleading guilty to charges of bank and wire fraud. Then, in October of last year, because Joe never became a United States citizen, a judge ordered his deportation. Although Joe has filed a couple of appeals against the ruling, a judge has not yet made a final decision on whether or not he will be able to return to the country and to his four children, including Gia, 18, Gabriella, 15, Milania, 13, and Audriana, 10.

Despite his ongoing legal drama, Joe told his fans and followers in the video clip that he has learned a valuable lesson from it all.

“And I know my family is the most important thing to me,” he continued, “but, you know, it’s better that I’m out here than in there. And I just want to let you know that I love you and I’m always here for you. You know that.”

Meanwhile, just minutes ago, Teresa took to her Twitter page to share a stunning announcing as she told her fans and followers that a joint interview featuring her and Joe will be airing this Sunday night.

“Joe and I will be sitting down with @Andy to discuss everything that has been happening with us and our family the past few months. Tune in to a special “The Real Housewives of New Jersey Special Event: Joe and Teresa Unlocked” airing Sunday at 8PM on @bravotv,” tweeted Teresa on October 21.

It’s unknown how or when this interview will take place as just last week, the Giudices’ attorney, James J. Leonard, Jr., stated to TMZ that Teresa and Joe would be reuniting soon.