Home Real Housewives of New Jersey News RHONJ’s Caroline Manzo Thought Teresa Giudice Was on Drugs During Interview With Joe, Plus What She’d Do If She Came Face-to-Face With Teresa

RHONJ’s Caroline Manzo Thought Teresa Giudice Was on Drugs During Interview With Joe, Plus What She’d Do If She Came Face-to-Face With Teresa 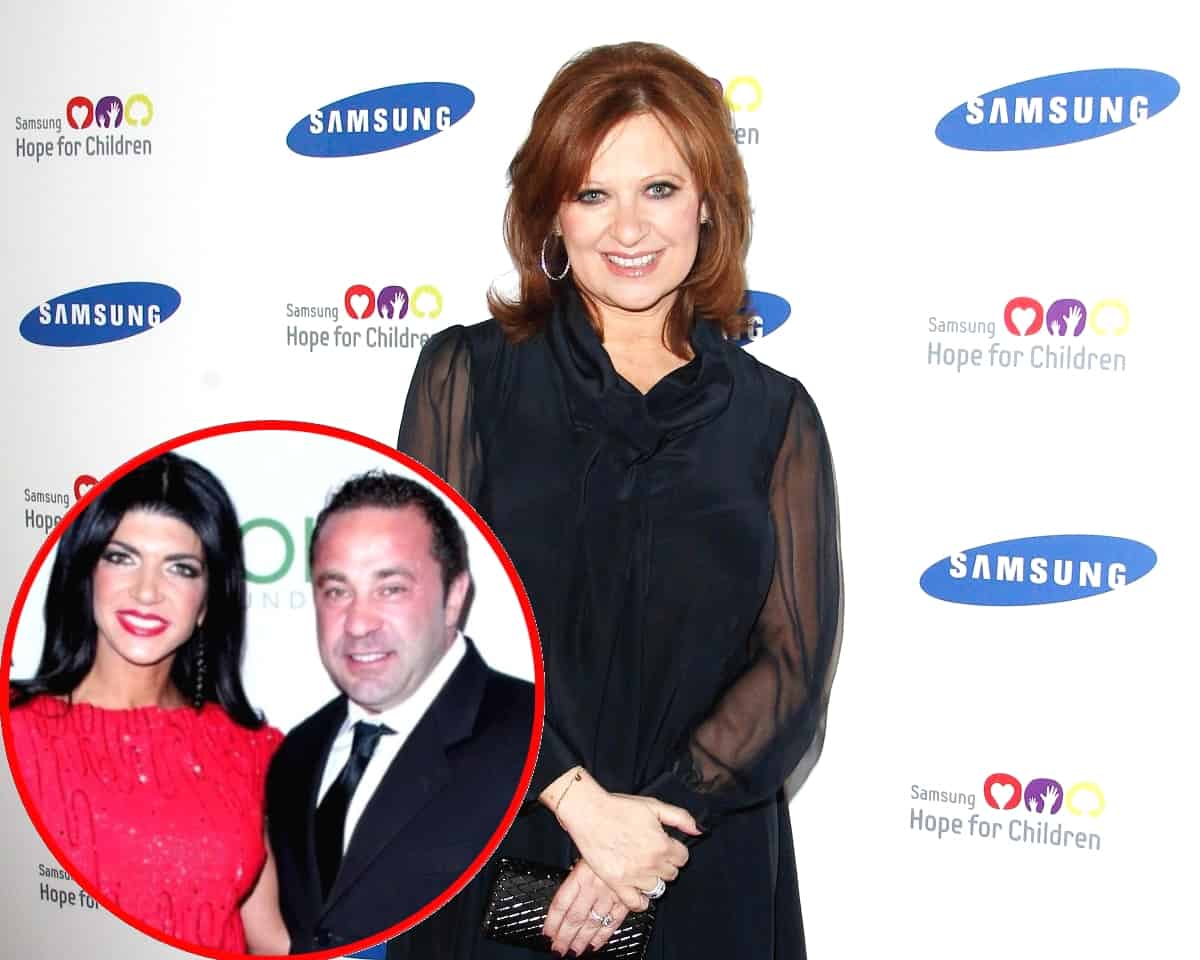 While chatting with several other ex-Bravolebrities, the former Real Housewives of New Jersey cast member suggested that Teresa was on drugs during the special before admitting she’d actually prefer that Teresa and Joe stay together and revealing what she would do if she and Teresa came face-to-face amid their ugly feud.

“[Teresa looked] completely detached. I almost thought she was on like a couple of Xannies or something,” Caroline said, according to TooFab. “She was just like this [with her head slumped down] the whole time. And I don’t blame her if she did, truthfully.”

“It had to be a very difficult moment for her, and I commend her on that,” she added.

During Teresa and Joe’s special, the couple admitted that a reconciliation between them was far from certain and accused one another of being unfaithful during their staggered prison sentences.

“It made me very, very sad because I like them together,” Caroline said of her former co-stars’ statements. “You know, there’s so much that you guys don’t see in a relationship that I saw. And I, to this very second, am hoping that he gets to come home, especially to his girls, ’cause he is a wonderful, wonderful father, and he loves them dearly.”

While Caroline is hopeful that Teresa and Joe, who is facing deportation, will ultimately be able to make their relationship work, she also said their marriage appeared to be “broken” on their special.

Despite their issues, Caroline said that if she and Teresa were to find themselves in the same place at the same time for the first time in six years, which could happen during BravoCon, she would be cordial.

“I would say hello to her if I saw her,” she said, according to People. “If I saw her tomorrow, and it’s face to face, you just say hello to each other. It’s just human decency.”