Home Real Housewives of New Jersey News RHONJ Stars Teresa Giudice and Husband Joe Reveal Status of Their Marriage After They Accuse Each Other of Cheating, Plus Teresa Suspects Caroline Manzo Ratted Her Out, Does Joe Agree?

RHONJ Stars Teresa Giudice and Husband Joe Reveal Status of Their Marriage After They Accuse Each Other of Cheating, Plus Teresa Suspects Caroline Manzo Ratted Her Out, Does Joe Agree? 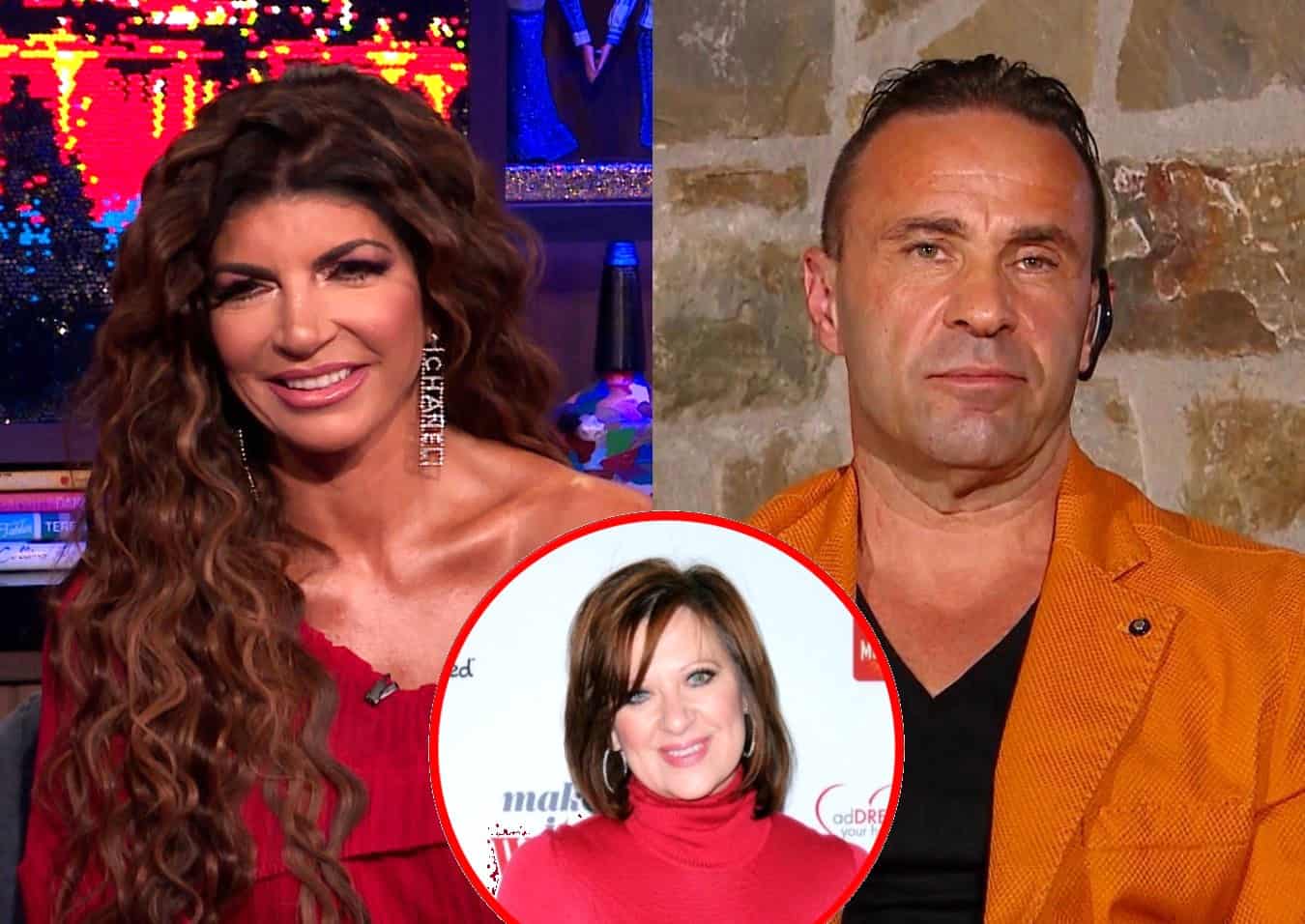 Teresa Giudice and her husband, Joe Giudice, were featured in a Bravo TV special with Andy Cohen last night, where they discussed their marriage, his time behind bars, and her suspicions regarding her former Real Housewives of New Jersey co-star, Caroline Manzo.

In their first joint appearance since Joe’s release from ICE custody earlier this month, Teresa and Joe accused one another of being unfaithful before explaining where they stand with each other and weighing in on the possibility of Caroline ratting them out to the feds.

“I was actually [faithful], yeah,” Joe said on Joe and Teresa Unlocked when asked by the host about his time living solo as Teresa served her time.

As for his wife, Joe said he didn’t know if Teresa stayed faithful to him while he was behind bars. “I don’t know… I don’t think so, no,” he admitted.

While both parties believe the other has cheated, their potentially impending divorce isn’t exactly a sure thing quite yet.

During the RHONJ season nine reunion earlier this year, Teresa confirmed to Andy that if Joe was ultimately deported to Italy, she would not maintain a long distance relationship with him. Understandably, the comment didn’t sit well with Joe.

“I don’t like that she said that,” he admitted.

That said, Joe isn’t sure they can make their marriage work and doesn’t seem completely committed to trying.

“If we stay together, we stay together, if we don’t, we don’t,” Joe noted. “It’s a conversation, we’ll see. As long as she’s happy, that’s all that really matters. I’m not going to tell her what to do. If she doesn’t feel like she wants to be with me anymore, then that’s the thing to do. She’s my wife. I’ve been with her a long time. No matter what happens, I’ll always love her.”

“I do love him as a person,” Teresa responded. “I’ll start crying. I do care about him, I love him.”

At the moment, Teresa and Joe are waiting to decide on the future of their marriage until they come face-to-face for the first time early next month.

“I’m waiting until I get there to see if I feel differently,” Teresa said of her early November visit to Italy. “I just feel like when you live apart. … He says the same thing, when he sees me, he may not want this either. We’ll know when we see each other.”

“I want to wake up with someone every single day,” she continued.

As for how their children, including Gia, 18, Gabriella, 15, Milania, 13, and Audriana, 10, feel about their marriage, Teresa said they understand why she and Joe are waiting to make a final decision.

In just a few days’ time, Teresa and her daughters will be heading to Italy with Bravo cameras to reunite with Joe. Because they haven’t spent time with him out of custody in years, Teresa is “nervous.”

“I’m going to be honest with you,” she told Andy. “I haven’t seen Joe in three years and eight months. I’ve definitely changed, and I’m sure he has, too. And I thought he didn’t change speaking to him before, but now the way I’m seeing him speak, he looks changed. In a good way.”

As for Teresa’s thoughts on Caroline potentially ratting her and Joe out to the feds, Joe didn’t agree.

“How could she predict that? Could she have anything to do with what happened to Joe and I? Is she a rat?” Teresa continued. “By her saying that, why did she say that? Why? Those words would never come out of my life regarding anybody. Maybe [she called the feds]. You never know. Why would she predict those words?”

Despite Teresa’s suspicions, Joe denied that Caroline was a rat and said he knew who actually turned them in.

“I know who went to the feds. Let’s just forget that,” he said.