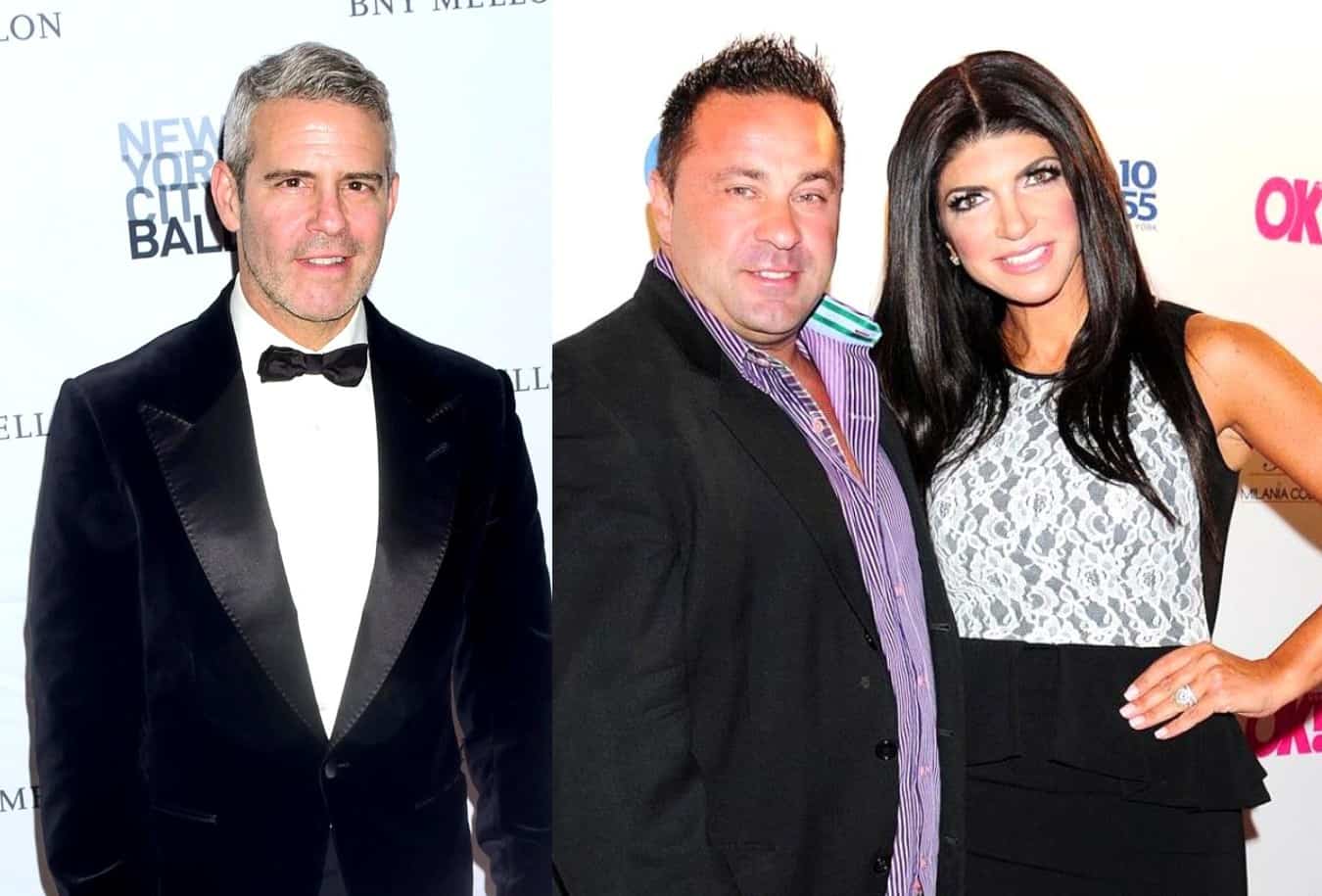 Bravo host Andy Cohen is admitting that he “hoped” Real Housewives of New Jersey star Teresa Giudice did indeed cheat on her husband Joe Giudice as Joe remains focused on his deportation appeal after spending time with wife Teresa and their kids earlier this month.

During Wednesday night’s episode of Watch What Happens Live this week with Melissa Gorga and Leslie Grossman, Andy made the stunning comments regarding Joe and Teresa’s marriage. First, the host asked Melissa if she believed Teresa had been unfaithful to her husband, months after she was photographed holding hands with her rumored boy-toy Blake Schreck.

“I say no,” Melissa responded, while Leslie also chimed in to share her opinion.

“I don’t, I mean, I was kinda,” shared Andy. “I mean when those rumors came out, I was kinda saying, ‘I hope Teresa’s with this guy.’”

As reported, Teresa has repeatedly denied being unfaithful despite being photographed with Blake on numerous occasions while Joe was in prison. However, Joe has expressed skepticism at Teresa’s denials, most recently stating in a joint interview with her that he’s not sure he believes her.

In more RHONJ news, days after Teresa and her daughters returned home to New Jersey after a four-day visit with Joe, a report has revealed that the Italian-born felon is hoping to convince a judge to allow him to return to the U.S. from Italy by sharing an oral argument with the court.

On November 14, Radar Online revealed that Joe’s request, which was filed in a Pennsylvania federal court on Tuesday, came after his attorneys were notified on November 7 that a final decision would be made regarding his appeal without an oral argument.

According to Judge Michael Kavanagh, who served on the Appellate Division of New York State Supreme Court for just under seven years, an oral argument can make or break a case.

“I witnessed firsthand the impact (both good and bad) oral argument can have on the outcome of an appeal,” he wrote in a law publication in 2017. “Always ask for oral argument if it is permitted on an appeal. It represents the only opportunity practitioners will have to discuss with the court the issues that have been raised by the appeal before the appeal is actually decided. If done well, it has been my experience that, an effective oral argument can serve to put your client’s position in a more favorable light than what is reflected in the briefs. And, at the same time, address any questions members of the court may have about your position.”

In October of last year, amid his 41-month prison sentence for charges of bank and wire fraud, a judge ordered Joe’s deportation. Although Joe quickly filed an appeal, he was ultimately denied the ability to remain in the U.S. In March, after filing another appeal, Joe was transferred from prison to ICE custody, where he remained until he was allowed to return to Italy last month.

If Joe is unsuccessful with his latest deportation appeal, he will not be allowed to return to the U.S., nor will he be given any further appeals.