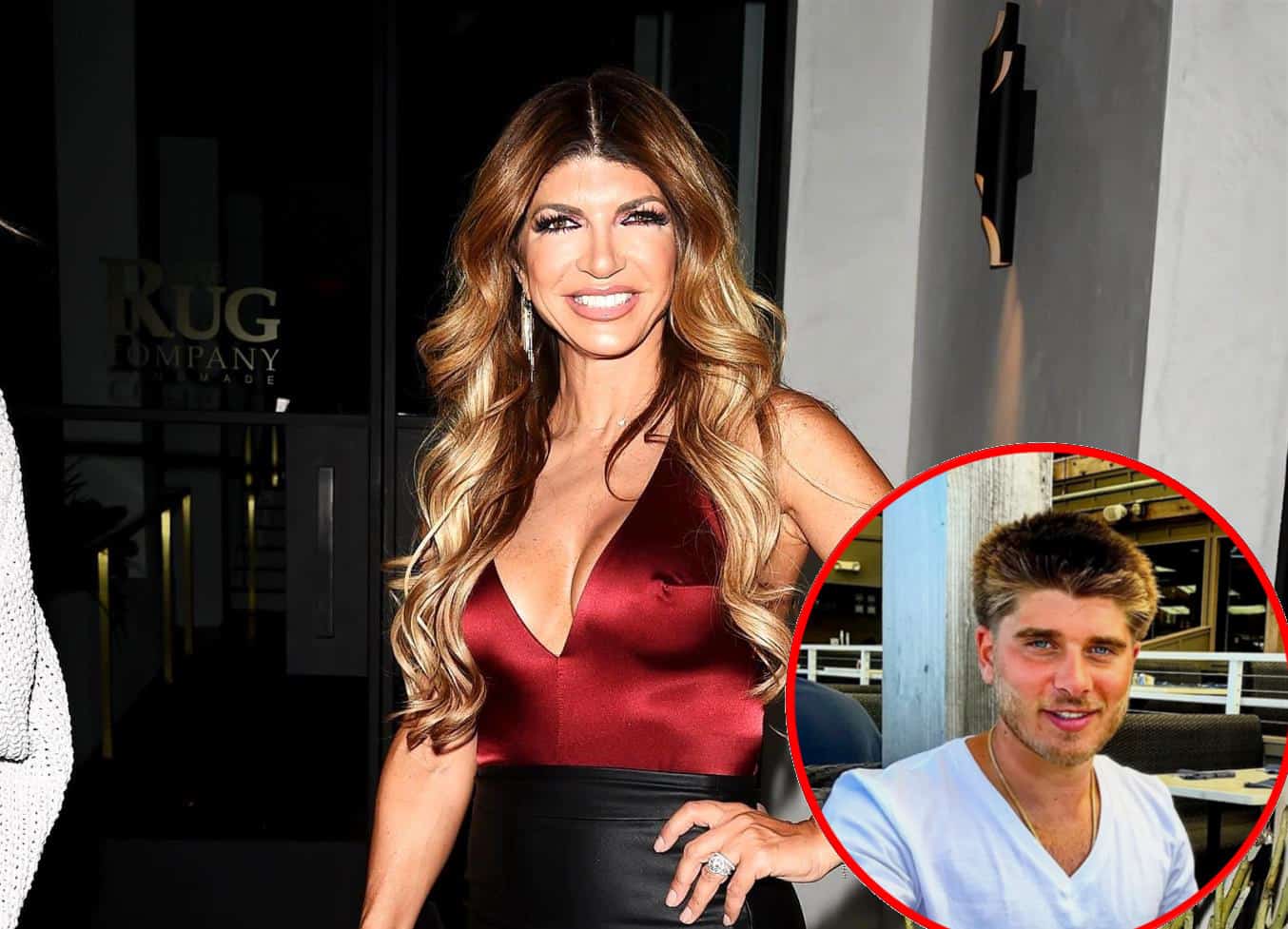 Teresa Giudice and Blake Schreck reportedly enjoyed a night out in New York City on Thursday, June 27, just two months after a source claimed their rumored romance had been put on the “back-burner.”

According to a new report, the 47-year-old Real Housewives of New Jersey star and her 26-year-old alleged “boy toy,” who works as a realtor in her home state, visited the R17 rooftop cocktail bar at Pier 17. While there, they “sat across from each other on the terrace.”

“Teresa was drinking red wine. Blake was drinking a beer,” an eyewitness told Us Weekly. “They were laughing a lot together. Blake was making Teresa laugh, and she was giggling. They looked very much like a couple on a date.”

While Teresa hoped to stay at the venue to attend a Charli XCX performance, Blake wasn’t keen on the idea. Ultimately, they headed out of the bar around 9 p.m.

“Blake was eager to get her out of there,” the eyewitness claimed. “When Teresa came out of the bathroom, she asked Blake if they could stay and he said, ‘I already called the elevator. Let’s get out of here.’”

In response to the supposed couple’s latest outing, Teresa’s attorney, James J. Leonard Jr., denied rumors of a romance and told Us Weekly their relationship was strictly professional.

“They are collectively working on a project that includes other individuals and have been for quite some time. It’s 100 percent strictly business,” he explained.

As RHONJ fans may recall, Teresa and Blake were first spotted together in New Jersey last summer before enjoying a number of outings in Florida around the New Year’s holiday. At the time, an insider revealed that the mother of four was “aggressively flirting with” Blake as he rubbed “her leg in a romantic way” during an outing at Miami’s Big Pink.

Still, her attorney insisted their night together was nothing more than an evening “with friends.”

Several weeks after spending time with one another in Miami, Teresa and Blake fueled romance rumors when they were caught holding hands at a black-tie event. During the same trip, Teresa and Blake were seen at dinner together and on the beach.

Teresa shares four daughters, including Gia, 18, Gabriella, 14, Milania, 13, and Audriana, 9, with husband Joe Giudice, who is currently in custody of ICE at an immigration detention center in Pennsylvania.