Home Real Housewives of New Jersey News Andy Cohen Reacts to Dramatic RHONJ Reunion, Plus See Cast Photos From the Taping and Get a Glimpse of the Seating Chart!

Andy Cohen Reacts to Dramatic RHONJ Reunion, Plus See Cast Photos From the Taping and Get a Glimpse of the Seating Chart! 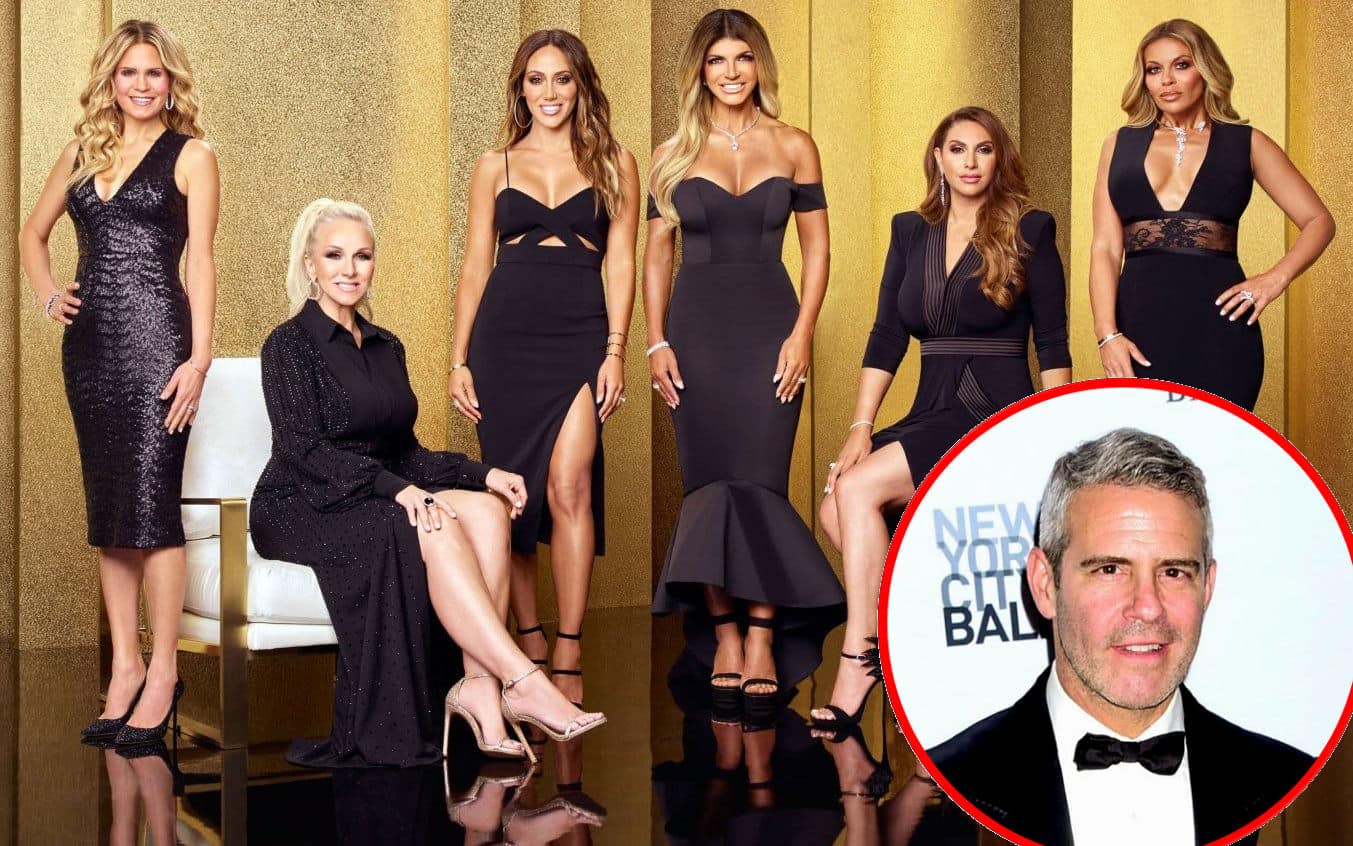 Get a glimpse of the season 10 Real Housewives of New Jersey reunion! Plus, see Andy Cohen‘s reaction to the taping and find out where all the housewives sat on the infamous reunion couches.

With all the drama that’s gone down so far on season 10 of RHONJ, waiting to watch the reunion episodes seems almost impossible! And while the reunion host, Andy can’t give away too much before the special airs, he did tease that the ladies “delivered” during the January 23 taping.

“☀️Good morning????. NJ reunion TOOK IT OUT of me yesterday! The ladies delivered. I love this season and love this group,” the Bravo exec tweeted on Friday evening, seemingly in good spirits after the reunion taping wrapped.

☀️ good morning ????. NJ reunion TOOK IT OUT of me yesterday! The ladies delivered. I love this season and love this group.

As fans are currently aware of this season, tensions are running high between many of the housewives, resulting in a lot of arguing and drink-throwing. So it’s no surprise to learn that most of the cast are sitting opposite their “fighting opponents” on the iconic reunion couches.

Bravo released the reunion seating chart this week, showing Teresa Giudice and Margaret Josephs, whose friendship has come into question this season, are sitting on opposite sides of Andy. And while Dolores Catania and Melissa Gorga are both seated in the center of the couches, the ever-feuding Jackie Goldschneider and Jennifer Aydin are seated opposite of each other on the far ends.

And what would a good Housewives reunion be without some fabulous, sparkly getups? As usual, the Jersey girls wore their sparkliest, most glamorous outfits to the taping and lucky for fans, their outfits were posted on Instagram to give a little taste of what’s to come.

While most of the cast chose sequined and glittering gowns and mini-dresses, Melissa stood out from the bunch in a racy jumpsuit adorned in sparkles.

Jennifer even took a moment to post a photo of her couch buddies, Dolores and Teresa on her Instagram page. And by the look of it, they seem to be enjoying themselves. 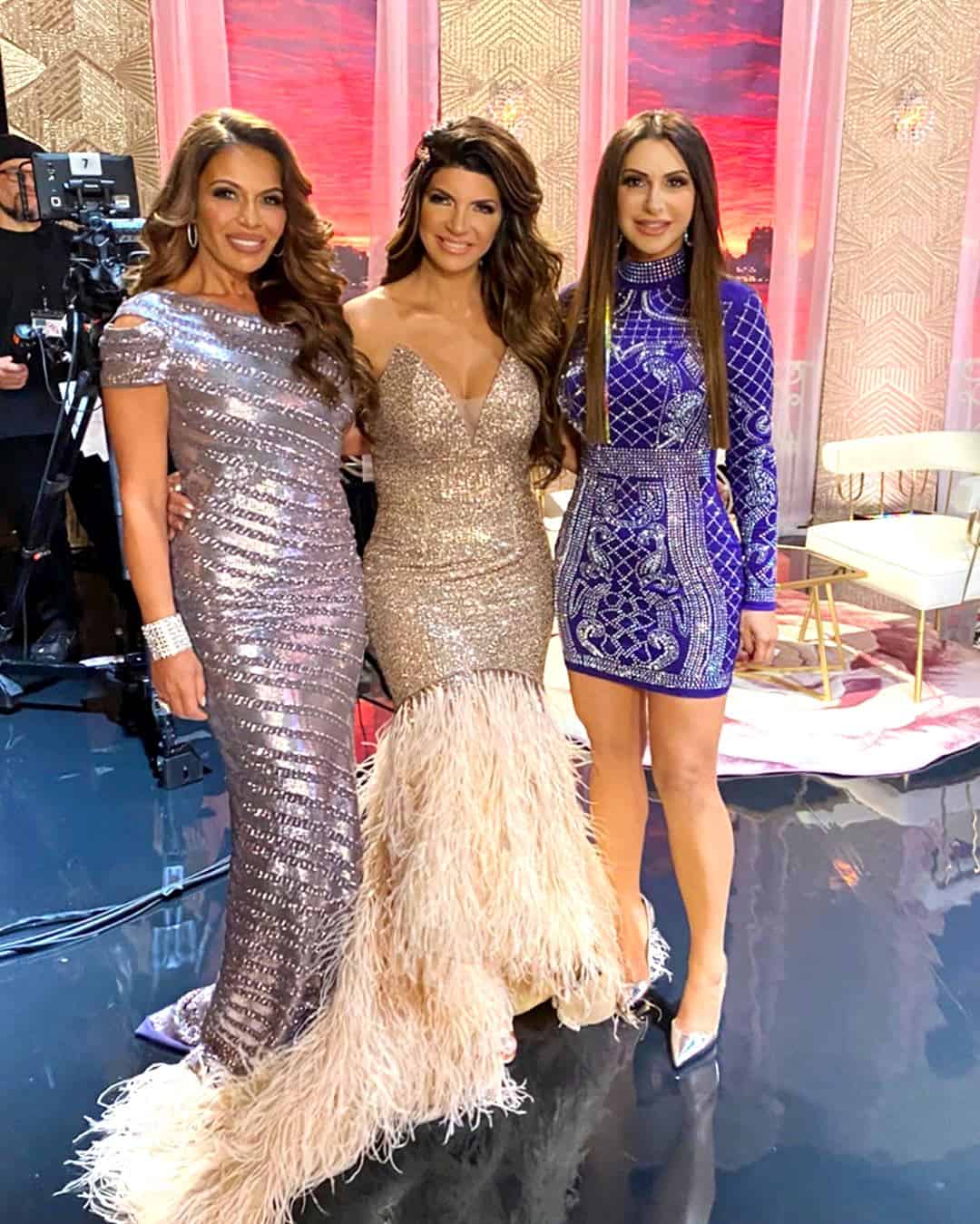 Make sure you stay caught up with all the nail-biting drama this season by watching new Real Housewives of New Jersey episodes every Wednesday evening at 8 p.m. on Bravo TV.