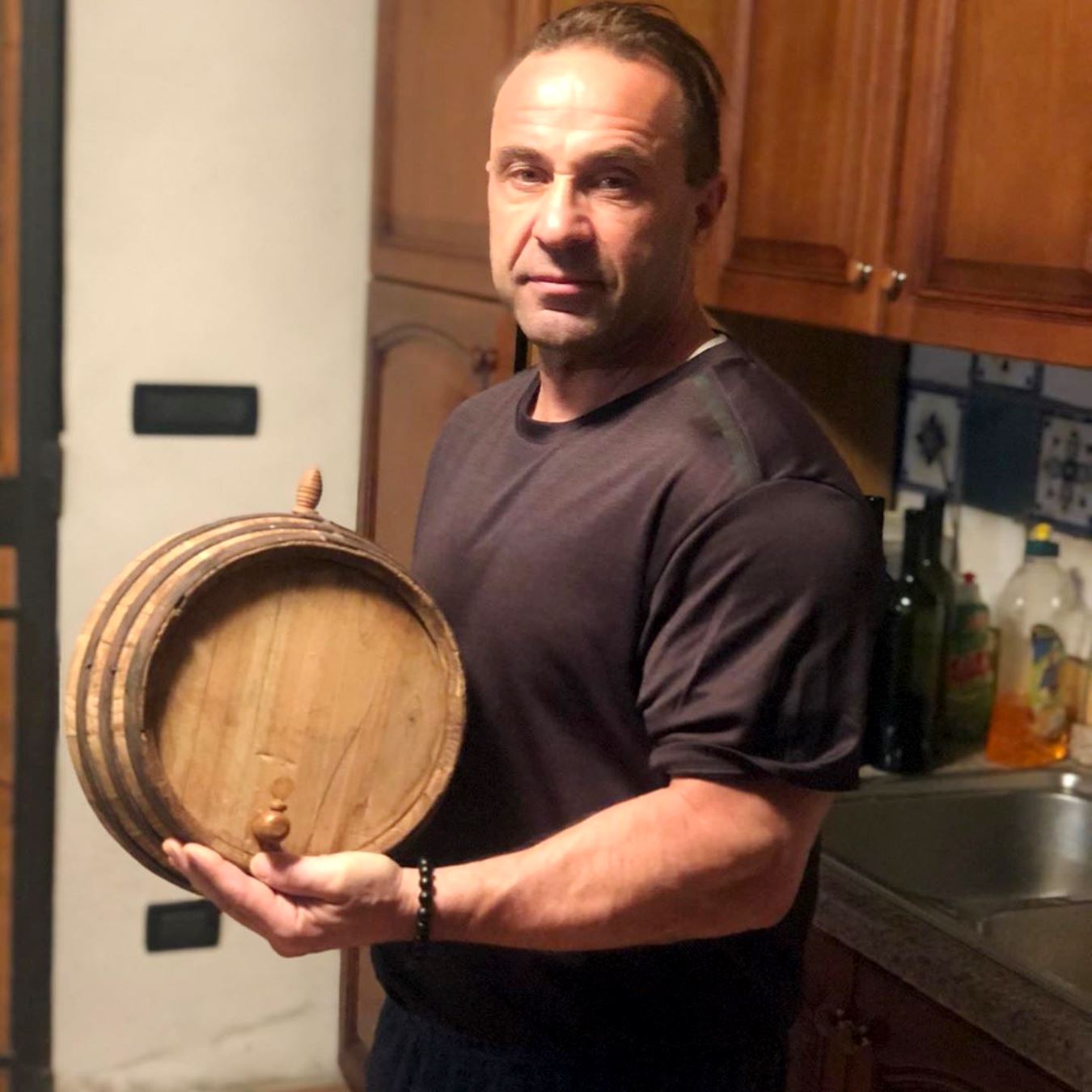 Joe Giudice offered an apology to his kids after being caught with a number of women in Mexico over the weekend.

Just one month after his separation from wife Teresa Giudice was confirmed, Joe shared and deleted an apology message to their daughters, Gia, Gabriella, Milania, and Audriana, on Instagram in regard to photos that surfaced of him and the other ladies.

On Sunday, TMZ shared a series of photos of the Real Housewives of New Jersey star with the mystery women. One of the photos showed Joe dancing with a blonde, and another featured him lounging in a cabana with a seemingly different blonde and a second woman.

According to the report, Joe was vacationing in Isla Mujeres, which translates to Island of Women, and spending time at the Izla Hotel when the photos were taken.

Joe Giudice Parties with a Flock of Hot Babes in Mexico, Teresa Who? https://t.co/dfNoCsBKam

After the photos were made public, Joe took to his Instagram page to apologize to his kids for his behavior.

“I have learned about the bravery it takes to be in public eye and how videos or comments can be ‘insensitive and stupid, and I am deeply sorry for that,'” he wrote in a now-deleted post. “Though, I am on a family trip with my uncle and and friends! Girls were trying to dance with me at a hotel. I gave permission for individuals to dance close to me in which I’m sorry for my girls that witnessed it. My girls deserve me full time though I am not to be shamed for talking to humans. Sincerely, Joe.”

Joe then responded to a person who suggested the women he was with lacked a moral compass.

“Yes I’m very faithful and going to wait,” he shared. 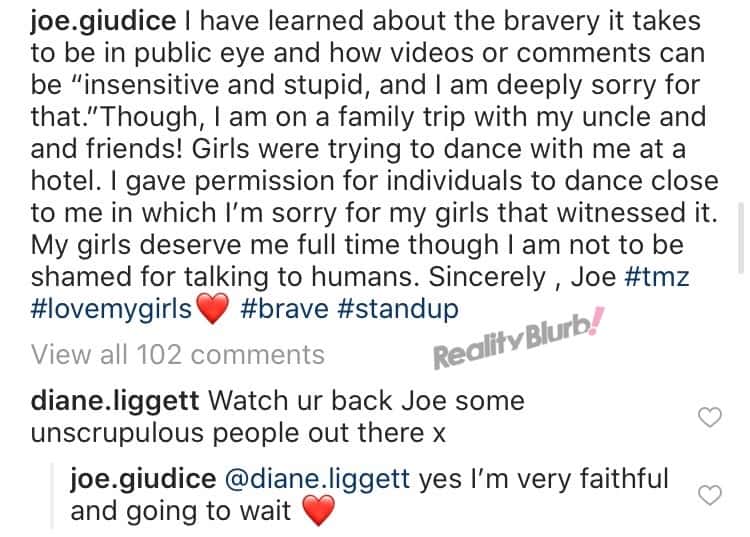 Joe’s outing with the women comes just weeks after Teresa was spotted walking arm in arm with former flame Anthony Delorenzo, who was featured alongside her on RHONJ weeks ago.