Below Deck Reunion Recap: Simone and Kate Still Can’t See Eye to Eye; Apologies Do Not Get Accepted 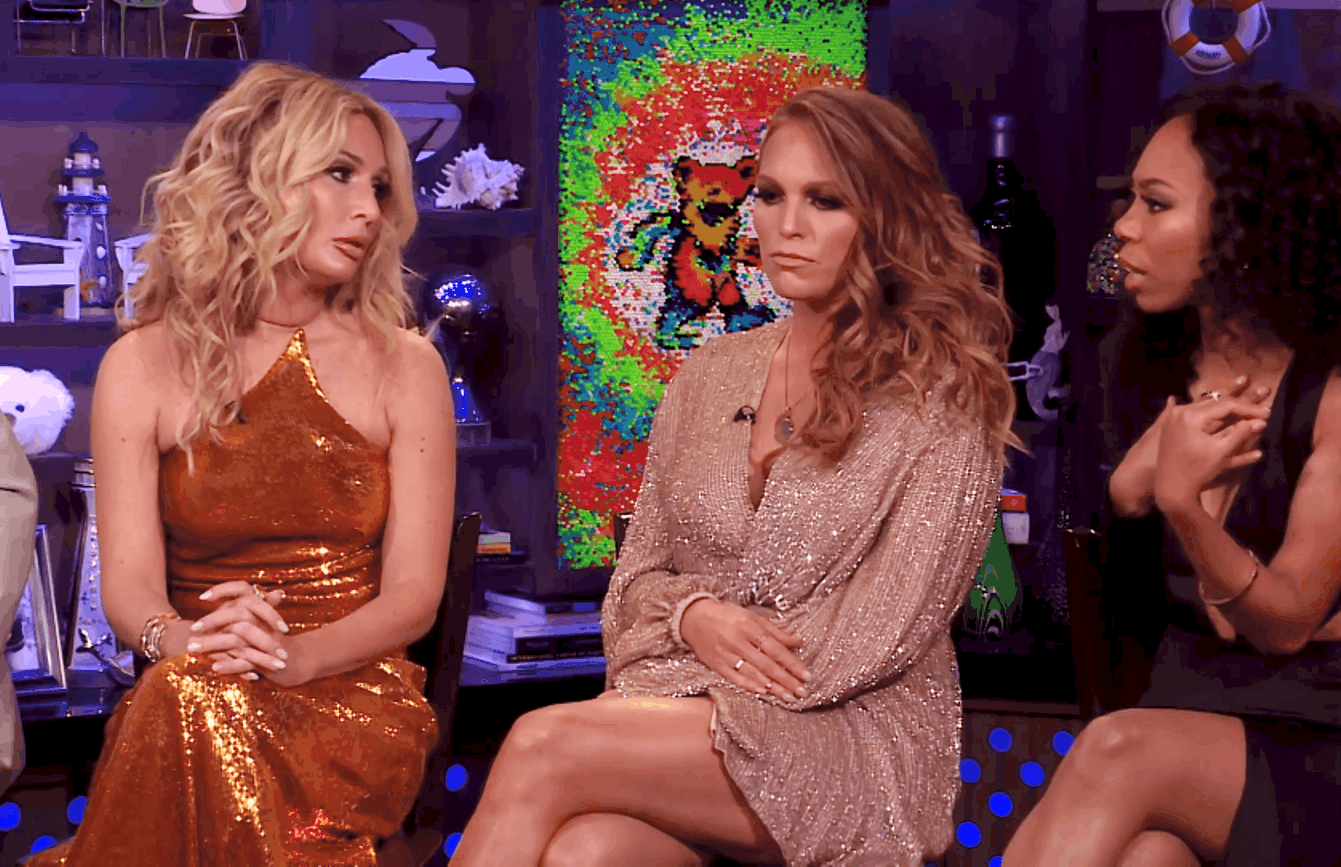 “Things are getting salty” on part one of the Below Deck reunion.

“The stud of the sea” Captain Lee is the first to be welcomed. Get a load of his cowboy boots. Kate sort of looks like a walking Oscar. What is UP with that dress? And whoa! Abbi. I forgot about her…is she married yet?!

The crazy guest montage begins to roll and we get reminded of all of the charters. Simone states that in terms of yachting, they are paying guests, and therefore, what they say goes…to an extent. Simone was sexually harassed by that one charter guest and Kate did try to remove her from the situation. Kudos to Kate.

Although the ship seemed to run smoothly, the behind-the-scenes clips show differently. Kate looks on stoically as the Simone clips are shown. Captain Lee defends Kate when he says this isn’t a training school. Essentially, he was saying that Simone should have been better prepared before hopping on board. I totally need subtitles when Simone becomes heated…she tries to explain that she didn’t appreciate being placed solely in laundry, but alas, she WAS good at it.

The best is when Captain Lee says, “everyone’s ego should be checked at the dock,” and Ashton amens that. LOL. That guy has the biggest ego out of everyone. Followed closely by Kate. She does her best to dodge any responsibility for any wrong-doing ever, so when she apologizes to Simone, it’s quite shocking. Simone doesn’t appear to accept it because she continues to rattle on and on about her frustrations.

Why is it that Ashton got a lot of lip for the way he spoke to his crew, but Kate gets away with it? Something tells me Captain Lee plays favorites… Ashton steps in and tries to explain that Kate did not treat him very professionally, either. Naturally, Captain Lee runs to Kate’s defense. Ashton questions Kate’s qualifications and Captain Lee’s, too! The nerve.

Oh, Chef Kevin… even HE cringes as he watches the reel back from the season. Especially during the penis cake segment. It’s a lot of Captain Lee stating that Kevin’s emotions got in the way many times this season. Kate throws him a helluva compliment when she tells him he was “the hardest working chef.” I am surprised by this, but I guess when a chef throws his back out and STILL delivers, he deserves that title.

Kate attempts to defend herself (yet again) for the penis cake debacle. Andy tries to get to the bottom of why Kate let him crash and burn. She goes on and on about her reasoning, but in the end, Kevin forgives her and apologizes as well.

Things certainly seemed to have gotten “nauti” whilst on the yacht. But oh man, Courtney‘s face as she watched her relationship with Brian get highlighted. Courtney states that she had to block Brian due to his aggressive messages. Yikes. I guess the cameras don’t always get every situation because she claims that Brian was nothing but awful to her and she felt a “false sense of intimacy.”

Brian vehemently denies breaking up with Courtney over a text, but Courtney is p*ssed that Brian blamed her for a crazy reaction. Blame seems to be the issue. Check out Rhylee putting her opinion into their argument as she sips her champagne. Man, Courtney is not gonna let Brian off the hook.  She really seems to have seen a different side of Brian than the one demonstrated this season…or maybe I was just too blinded by his good looks to realize the way he was treating Courtney. I love how Captain Lee is jumping in to rescue the situation. He calls Kevin out for sticking his nose in Courtney’s business and he appears to have had it with the boys just as much as we viewers have.

Confirmed. Abbi IS married…for almost a year! She states that her visa expired which would explain the super-fast, seemingly super strange marriage.  The things you do for love…

Tanner believes that he has made a friend in Simone, even after he spilled the beans about their sex life AND even after he went after Kate right in front of Simone. Tanner OWNS it and says he is sorry, but Simone lets him have it. He apologizes and tries to shut the whole thing down. Rhylee, however, jumps in. She begins discussing how miffed she is that Tanner’s mother would defend her son’s gross behavior and she is beyond annoyed that Tanner’s mother put a lot of blame on Captain Lee. Rhylee suggests his mom, “Be a parent. Hold your son accountable.” #realtalk.

Tanner and Kate couldn’t make it happen during the charter season, but now that they are in the same zip code, perhaps something could go down? Alas, Tanner has a girlfriend who evidently doesn’t care about how drunk he gets and how he potentially treats ladies.

When asked about girl code, Kate states that she doesn’t have a lot of loyalty toward Simone, so really what should it matter if she flirted with Tanner? I mean, she’s not wrong… I thought time would heal wounds with this crew, but it seems as if the anger has just been festering…