Home Below Deck Below Deck Reunion Recap: Captain Lee is Shocked and Appalled by Ashton’s Behavior; Ashton Defends his Actions 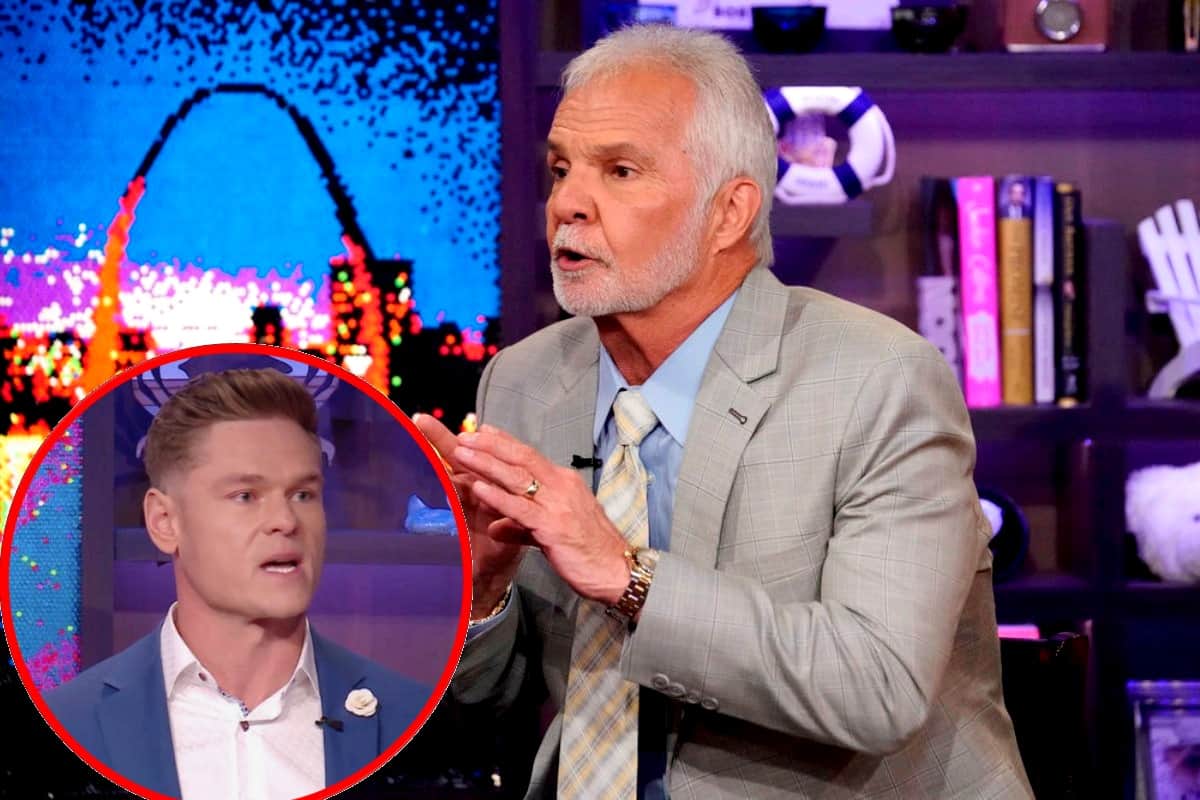 In part two of the Below Deck reunion, any chance of reconciliation seems to go down the tubes…

Oh boy. What a treat it is to relive the van debacle between Kate and Ashton. Andy Cohen wants to know what Ashton’s reaction was to that whole scenario. Ashton explains that he messaged Kate on Instagram to apologize, but he does not recall punching the window of the van. Interesting. Ashton further states that he felt as though Kate was poking fun at his mother, which caused the spiral. Kate vehemently denies purposely saying something hurtful to Ashton, and naturally, Captain Lee jumps to Kate’s defense.

Captain Lee hates that the fellas of this crew would get blackout drunk and not remember a thing that happened during the nights out. The captain repeats that he would prefer not working with Ashton ever again based on his behavior this past season.

I love how Ashton tries to make his case for his kiss shenanigans with Kate. He has quit drinking for a month so far because he realizes that his behavior was “intensely regretful” and he even becomes teary. I find myself believing him as he takes responsibility for his disgusting actions. Ashton knows he is “not that person” from last season and claims he has learned his lesson.

Kate accepts his apology but also questions Ashton’s change of heart. He explains that he was defensive at first because he was embarrassed. When Captain Lee is asked about Ashton’s sexual advances, the captain states that if he had known about the behavior, Ashton would have been fired. You know things are really bad when even Ashton’s own mother is disappointed in his actions.

The battle of the sexes was REAL during this season. Chef Kevin gives a half a*s apology to Kate, Rhylee attacks, but Abbi stands up for the dudes. She claims SHE was respected by the guys, but the rest of the girls disagree. Courtney clarifies that perhaps Abbi felt respected because she wasn’t very “assertive.” Abbi continues to back up the deck crew as Kate states that she thinks all of the guys didn’t MEAN to be that way.

Brian jumps on that and tries to make a case that a lot of times the things he said didn’t come out the way he wanted them to. Captain Lee believes that if he was made aware of what was happening on the boat, things would have been way different. Rhylee is sucking down her champagne like it’s going out of style and throwing in her opinion left and right.

As we reflect on Rhylee entering mid-season, Captain Lee feels as though Rhylee was not given a chance based on Ashton’s “warning” to the deck crew. Captain Lee thinks that Ashton has “no remorse for this season” because any time the guy apologizes, he follows it up with an explanation for his behavior.

Andy Cohen asks the captain what I have been thinking this whole reunion. “Is there anything that Kate can do that you won’t defend?” SERIOUSLY. How many times does Kate deserve defending? Captain Lee explains the clothes on the floor problem versus Tanner‘s bombed behavior. I guess the captain wisely picks and chooses his battles.

“The problem that I have with all four of you is that you think your behavior is totally beyond reproach.” The captain thinks the apologies are insincere, considering they probably don’t even remember what the heck they are sorry for. The captain is livid. Particularly upon hearing the “slap her with your d*ck.” When Ashton says he has been seeing a therapist for the past week, Captain Lee exits the set. He has had enough.

The girls think Captain Lee left because he is over it. However, the boys think he left cuz he is now in the hot seat. Pretty typical. Kevin is irked that the ladies are not apologizing, but Courtney reminds him that they are not the troublemakers. Touche.

Regarding the “yachtie” comment Kate made to Brian, he still feels as though she meant it in a derogatory manner. The back and forth between this one and that one is beginning to get exhausting. Ashton keeps getting all of his actions brought up. You can tell he is getting frustrated that he looks so bad. Rhylee states that she didn’t come into the boat “combative” — she came in ready to work. Yet, the grudge Ashton has against Rhylee made it nearly impossible for her to work in peace this season.

When Captain Lee returns after cooling off, he apologizes to Andy. He explains that he didn’t want to be a part of a negative image. Cue the cameras panning on the guys. Ouch. I think it is honest when Captain Lee states that he may not ever choose to work with Rhylee again after this season. You can tell the captain is beyond aggravated, yet he remains on set.

Kate explains that in the future she would like to be more understanding. Rhylee believes that by being less reactionary, things could have gone differently this season. As a woman of color in the yachting industry, Simone explains that it was hard enough to get her foot in the door. She felt an incredible amount of stress, but she feels like she would have spoken up more in retrospect.

When Captain Lee is asked about what he would do differently this season, he wishes that there was more communication regarding the toxic situations that took place on the boat. The captain states that he was “shocked and appalled” by the actions of the crew. I can’t say I blame him. To end the reunion, Courtney jumps down Brian’s throat one last time and Andy blatantly ignores the rest of the dudes before saying “bon voyage” to this boys vs. girls, angry season.