Braunwyn Windham-Burke shared a photo of herself with her husband Sean Burke as he donned heels and wore eyeliner.

With Emily Simpson and a Real Housewives of Orange County camera crew seemingly in tow, Braunwyn and Sean got all dolled up for their night out on the town. On Instagram, Braunwyn explained that she and Sean were attending a drag show with their son Jacob over the weekend. She added that the heels and makeup were to support their son and make “weird” more mainstream.

“Supporting our kid, supporting the community,” Braunwyn wrote in the caption of a photo of herself and Sean in San Diego.

After Braunwyn’s unconventional post received both support and criticism from her many fans and followers on social media, the mother of seven explained why she and Sean were being so outspoken in their efforts to support Jacob and others.

“I’m doing it to support my son, and to show all the kids out there who aren’t supported by their families that there is a place for them, that they’re ok just the way the are, that there’s a beautiful and supportive community that supports them, and most importantly to show them they aren’t alone, and they’re perfect just the way they are,” she shared.

Braunwyn then responded to a couple of critical posts.

“Is he not only wearing heels but eyeliner too?” one woman asked. 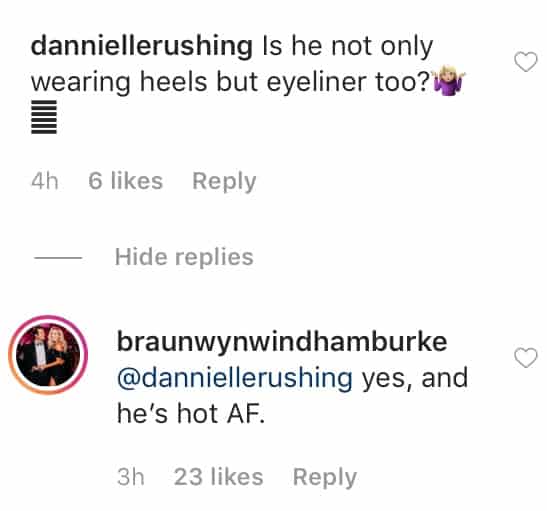 “And that’s why we post, to make things many find ‘weird’ more mainstream,” Braunwyn replied. 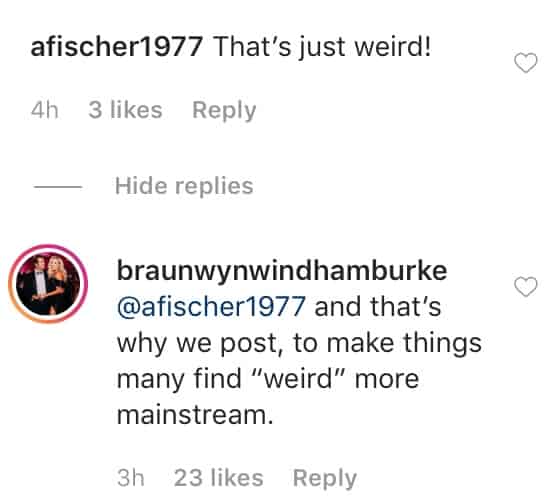 Throughout her night out with her family and friends, Braunwyn shared several images and videos on her Instagram Stories, one of which featured Jacob and their glam squad. 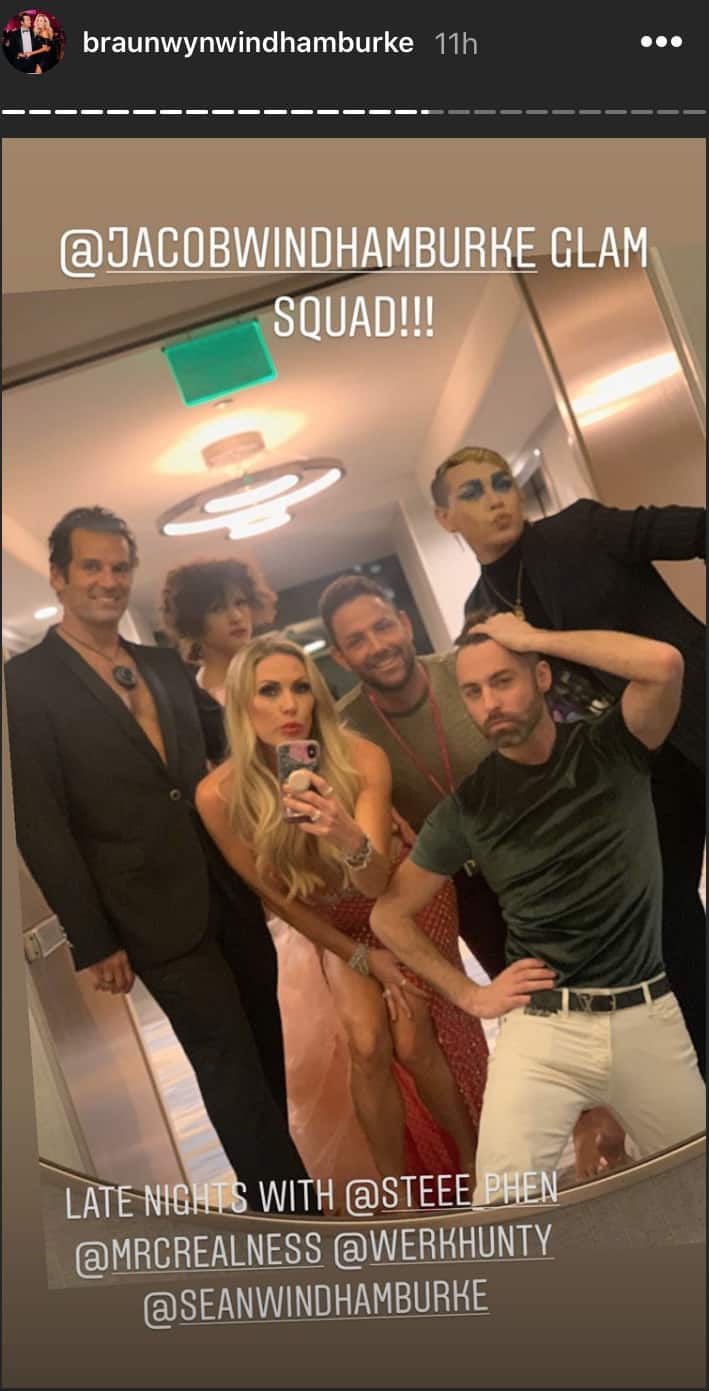 In another one of Braunwyn’s posts, she and Emily were seen posing beside one another. 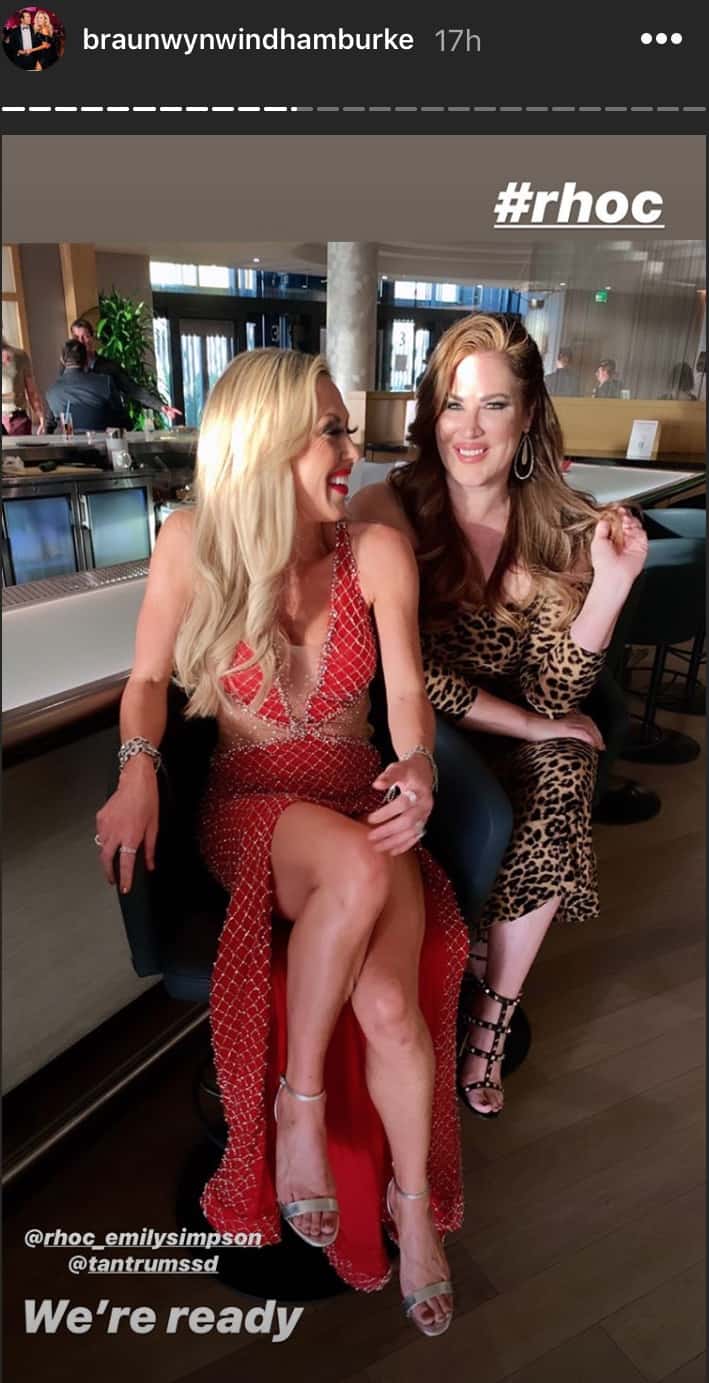 As fans may recall, Braunwyn was first seen filming scenes for the upcoming episodes of RHOC with Kelly Dodd, who is also returning for the new season.

Braunwyn first revealed to her fans and followers that Jacob was interested in drag in January. At the time, she shared a photo of the two of them together and said a man named Steve, who was seen with them this past weekend, would be taking him under his wing.

“He’s never done things because others have and I love that about him. It’s hard to be a teenage boy, but he’s learned to talk through the hard stuff,” she added of her child.