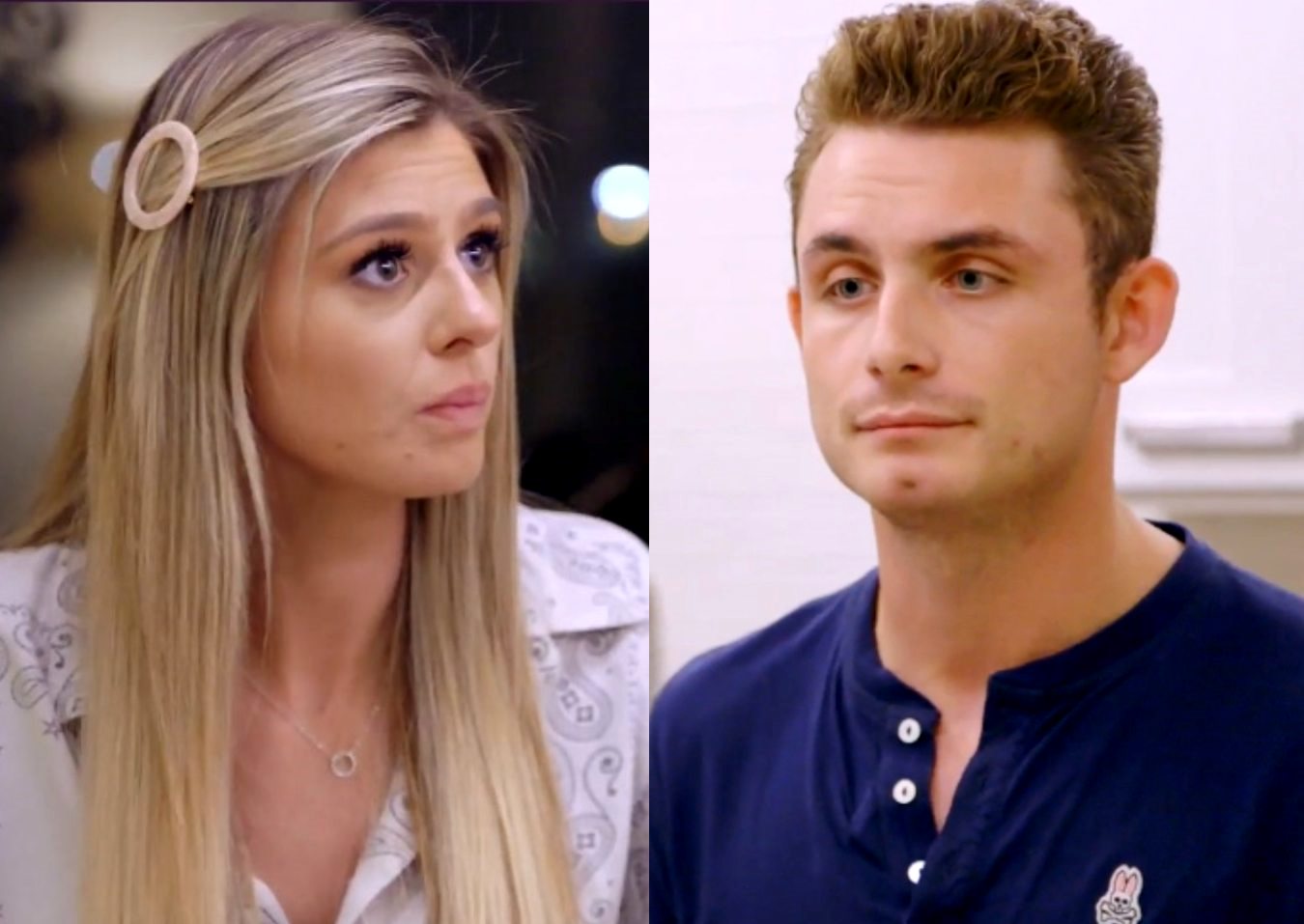 It’s WEDDING WEEK on this episode of  Vanderpump Rules. Oh yea, and some people celebrate birthdays, too.

Wow. Stassi has really dialed it back for her birthday celebration this year, huh? Stassi explains that she is like a “newly hatched baby dragon” and that she declined a joint birthday celebration with Ariana this year. Ariana has decided to go ahead and have a party for *her* birthday, but the interesting twist is that Jax and Brittany are attending. Yes. That’s right. Jax and Brittany are going to Ariana’s party, yet Sandoval is disinvited to their wedding? Blasphemy.

Nathalie, LVP’s business partner, pays a visit to Villa Rosa. LVP is mourning the sudden death of her mother. She laments the fact that she most likely won’t be at the wedding of the century, but it is clear LVP belongs in England for the funeral.

At SUR, the people we don’t care about Dayna, Danica, and Raquel sit around folding napkins and catching up. Raquel shares how she blacked out after a long night of boozing and that she woke up to a million nasty text messages from James. Apparently, James sent some drunken rage texts to Raquel that went a little something like this: “Whore. Slut whore. F*ck you.” Whatta gem he is!

“F*ck you. Where are you? I’m breaking up with you,” read another rage text from James to Raquel.

In her talking head, Raquel surprisingly acknowledges that James IS verbally abusive. “No girl goes into a relationship thinking they’re going to be verbally abused. It is scary to me,” she shares.

It’s the day of Ariana’s party and Sandoval is walking on eggshells around his depressed girlfriend. He is trying his hardest to take care of her and Ariana is actually doing a little bit better. I’m not sure that having Brittany attend her party is a wise move, but I am looking forward to having Ariana tell Brittany she can’t be in the wedding anymore if Sandoval can’t go. That’s gonna go over GREAT.

At Ariana’s birthday, Charli spills about how bad her date with Brett was, since all he did was talk about his ex-girlfriend. This is hilarious considering that Brett stated, “That date sucked.” Guess Bravo can’t count on a new couple blossoming…

As the guests wait for Ariana’s arrival, LaLa lets Brittany know how bad things have been for Ariana lately. I love how quickly Brittany tries to back pedal and make it seem like Jax is the one who made the decision to nix Sandoval from the bridal party. Guess she forgot that SHE actually said Sandoval should be out in her fit of rage.

After a while, Ariana makes her grand birthday girl entrance and all Brittany can think about is her wedding because she has the brain capacity of a squirrel. Jax is salty that all he got was an apology text from Sandoval (“A text after twenty years of friendship is like a little bit of a slap in the face”), yet Jax actually said a few days ago he wished Sandoval would text him to say sorry. Jax sweats and b*tches about Sandoval, but the girls try and talk some sense into him. They remind Jax that Sandoval doesn’t have to be back in the wedding party, but he should be invited to the affair.

Brittany the Bridezilla calls a group meeting with her, Jax, Sandoval, and Ariana. Sandoval basically cries and begs his way back in. Sandoval admits that he could have handled himself better and he apologizes. Jax “squashes things” (LOL), and after all of that, he STILL wants Sandoval as his best man. WTF is wrong with Sandoval for accepting that “honor?!” Let’s discuss how in his confessional Jax states that he is 100% not over what Sandoval has done. I legit cannot keep up with that guy.

Later, Kristen confronts Katie as though everything is fine, yet Katie makes it clear that she hasn’t been in contact with Kristen. Kristen admits that Carter, her “ex,” will be at the wedding, and that fires Katie up to the next level. Looks like they won’t be making up at this party…

Speaking of next level, James really acts like he deserves an award for not drinking at the party. When Raquel confronts James for his drunken rage texts, he deflects and gaslights her. This relationship is exhausting.

Post birthday party, Brittany and Jax decide to phone their officiant Lance Bass. Jax sucks on a Fudgesicle and Brittany cannot contain her excitement for their wedding week.

The next day at SUR, Ariana asks to speak to Raquel out back. For a minute I thought Ariana was going to beat Raquel up, but then I realize that Ariana is just there to see the infamous James texts. Ariana is stepping in to let Raquel know that she was in a verbally abusive relationship once and that Raquel should get out while she can. Raquel says this is the “last straw,” but I don’t know how strong she can be with James.

Brett finds Scheana and addresses the fact that he doesn’t appreciate her advice. When Charli happens to find her way over to them chatting, I am so confused. She talks ridiculously fast and all I can catch is that she is annoyed at Scheana and bothered by Brett. Brett is stuck drinking the “Scheana/Charli smoothie” and I find this storyline boring.

Oh jeez. It’s here. Wedding. Week. As if she isn’t extra enough, Brittany is getting married at the Kentucky Castle like the princess that she is. Who is able to have guests take off a WHOLE WEEK to celebrate your nuptials!? #realitytv.

OMG these rehearsal dinner ensembles are incredible. Thank goodness LaLa changed out of her white dress, but dang, I didn’t know it was time to go to da club, Scheana! Sandoval is thriving as best man and I am unsure if I have ever seen a bigger bridal party in my entire life.

How petty can Jax be? He makes it clear that Sandoval is not his number one Tom. Paaathetic.

Back in LA, Raquel’s “last straw” with James is also pretty pathetic. She sits there with her dumb smile on as James preps chicken tacos. When the subject arises, James reminds Raquel that he is never mean to her when he is sober. His tone is just his personality and that stems from the fact that he is from England. Huh?

He storms out of the apartment when Raquel calls him out because he just can’t bear to face his flaws. After 30 dramatic seconds, James comes crawling back in and barely listens as Raquel attempts to explain herself. She starts talking about having kids with James (yuck) and lets him know that he has to get his sh*t together as she wouldn’t want their kids to witness his behavior. James apologizes and Raquel suggests that they go to Al-Anon meetings together, and for some reason, this time, James is agreeable to this…for now.