RHOBH Star Brandi Glanville Dishes on Hooking Up With Ben Stiller and David Schwimmer, Plus Why She Stopped Dating Matt LeBlanc 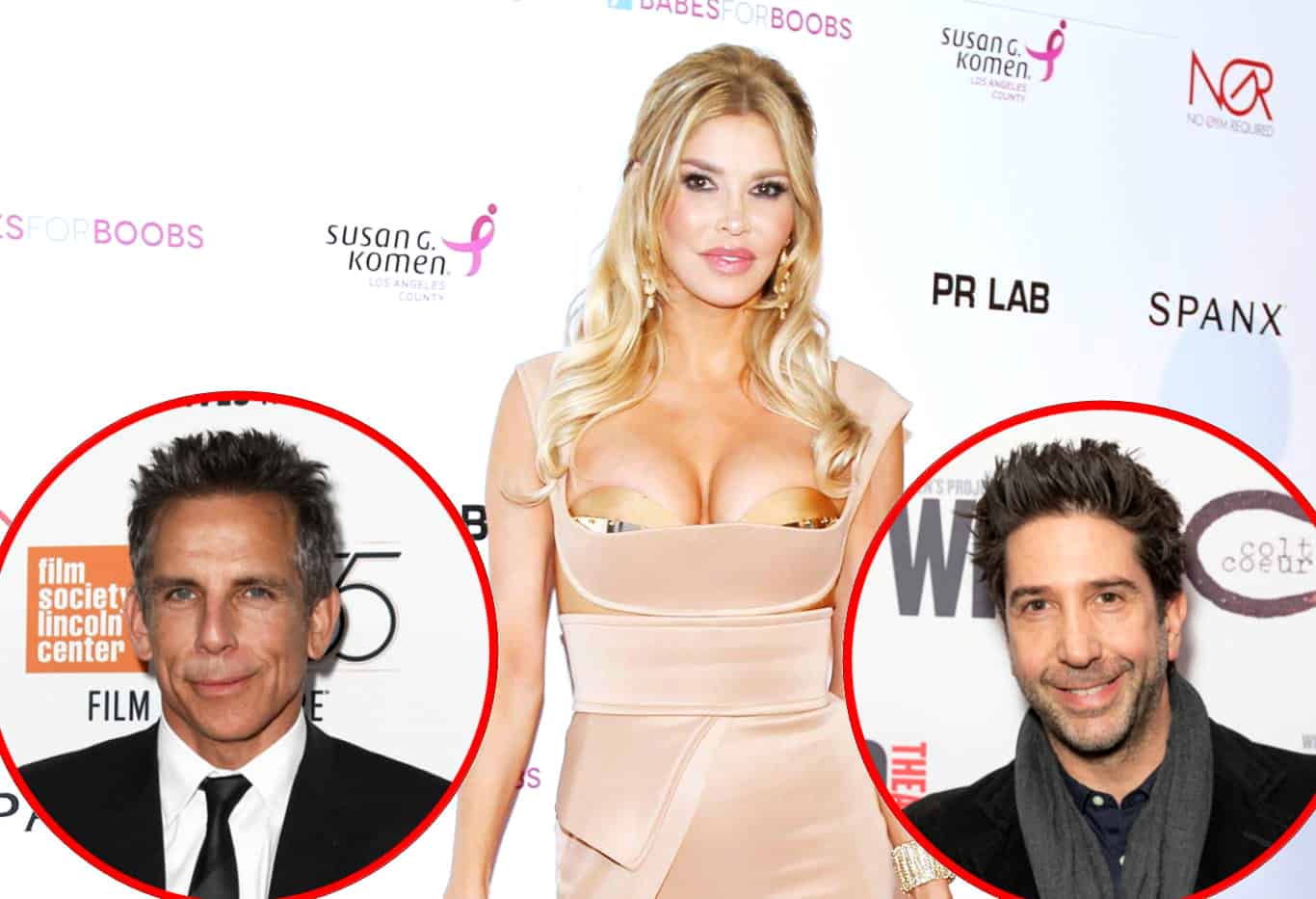 The Drinking and Tweeting author continued the juicy conversation with podcast host Danny Pellegrino by sharing details of dating and hooking up with various famous men.

Brandi is already known to have hooked up with Gerard Butler, but during her interview, the reality star revealed new details of her dating life, noting how she went home with Matt LeBlanc of Friends fame but ended up cutting their hookup short.

The Brandi Glanville Unfiltered podcaster didn’t end her Friends cast hookups there, as she reported having a brief fling with David Schwimmer. Brandi said the two definitely hit it off right away, but that she was turned off by him wearing makeup.

“He wore concealer like, out during the day. And I don’t know why, but it really annoyed me. I understand you’re on set, you’re used to wearing makeup but … I was not used to dating a man that wore makeup,” she claimed.

Another turn off? Brandi also noted that, while she was 109 lbs., the Friends star allegedly called her a “bigger girl.” However, a rep for David has denied he ever said that to Page Six.

The Bravo star added that she “dated a lot” and “made out a lot,” claiming she made out with “one of the men in The Notebook” who was single at the time, leaving podcast host Danny to question if it was possibly James Marsden?

“That’s all I will say,” Brandi responded, not giving a yes or not answer.

She continued with one last dating story, noting how she had a brief fling with Ben Stiller and that “he has a giant penis.”

“The problem is,” Brandi explained, “I wrote about it in my second book and they took out all the names because they were worried we were gonna get sued, which … we might get sued now.”

We, of course, love Brandi’s big mouth, but hopefully she doesn’t have any more cease and desists coming her way.