Vanderpump Rules Star Kristen Doute On Why She Doesn’t Believe James and Raquel Are in Love, Calls Jax and Tom “Attention Whores” and Denies Hookup With Brittany 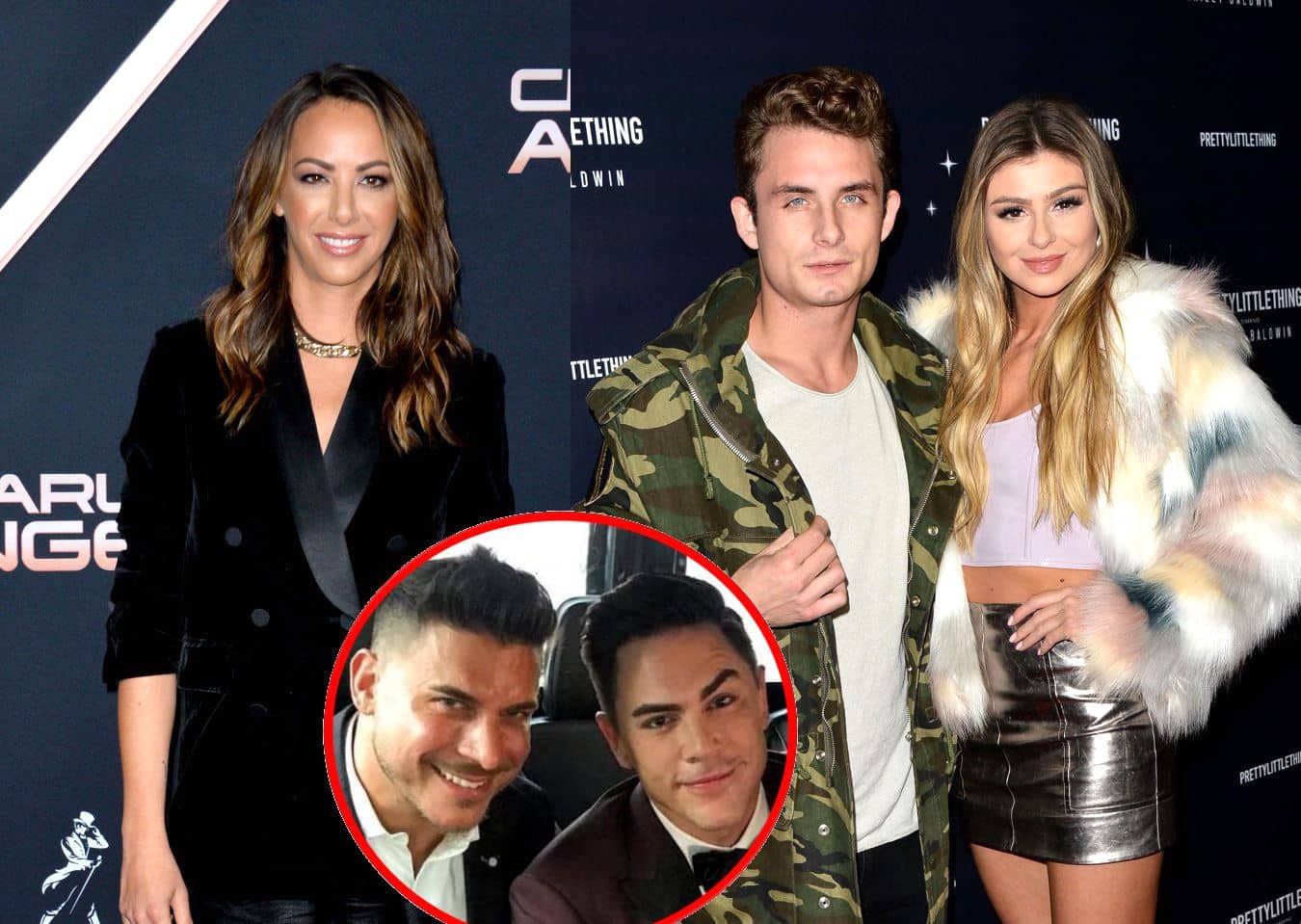 The reality star shared her thoughts on ex James Kennedy and his girlfriend, Raquel Leviss, noting how watching their relationship play out on screen is triggering.

“I mean, I’m terrified for her,” said Kristen on The Juicy Scoop podcast on March 5. “The way that he talks to her, it’s full PTSD for me. If he’s doing that to her on camera, I can’t imagine what it’s like behind closed doors. I feel bad for her.”

The He’s Making You Crazy author added that she doesn’t think that the two have real feelings for each other and might be together out of convenience for the show.

“[I] don’t think they’re in love, I think they use each other for notoriety and for the show and to put on this front. I’ve always felt that way, I still feel that way. But I do feel bad for her because I feel like she is […] they do live together, I mean in real life. They live together, they have a dog together, they’ve been dating for a few years,” she shared.

Podcast host Heather asked Kristen if she thinks James is able to watch the show and realize he’s putting a lot of pressure on Raquel and not treating her right. “He would never …” Kristen trailed off, adding, “He’s too selfish for that.”

Kristen continued the juicy conversation with her thoughts on the seemingly endless feud between Jax Taylor and Tom Sandoval surrounding Jax kicking Tom out of his wedding. After calling them both “attention whores,” the reality star shared her irritation for Tom’s way of avoiding responsibility.

“Sandoval and his ‘I’m sorry, BUT Let me tell you why I did what I did because why I did what I did … I’m not really sorry.’ He’s just trying to shut the conversation down and then talk about how he feels again. And that’s something that both Jax and Tom tend to do. So when you have two people who really only give a sh-t how they feel going against each other, it’s not gonna end well.”

The James Mae CEO also added that Jax’s story of her hooking up with Brittany Cartwright “100% never happened” and that she would have admitted if it was true. She explained Jax’s need to always be the center of attention and how it still causes tension in his relationships:
“I just think that with Jax — especially in the past — when the attention is not on Jax anymore he like, freaks out. He’s like, ‘look at me, look at me, look at me.’ That will happen later on this season. [H]e and I got into it and we didn’t talk for a month after that because I was so mad at him.”
Podcast host Heather agreed, pointing out Jax’s “Groomzilla” behavior this season. Kristen nodded along, adding how Katie Maloney and Tom Schwartz tried to warn Jax and Brittany that post-wedding, the attention fades.
“Once you get married, people are going to start caring and thinking about other things. And the second that happened, Jax was like, ‘Wait, it’s not about me anymore?’ He started poking around and kind of being a d–k again,” shared Kristen.
We’ll have to keep tuning in to this season, as Groomzilla Jax apparently has no signs of slowing down — even after the wedding.