Vanderpump Rules Recap: Jax Taylor Explodes at His $100,000 Wedding to Brittany Over Cash Bar at the After Party 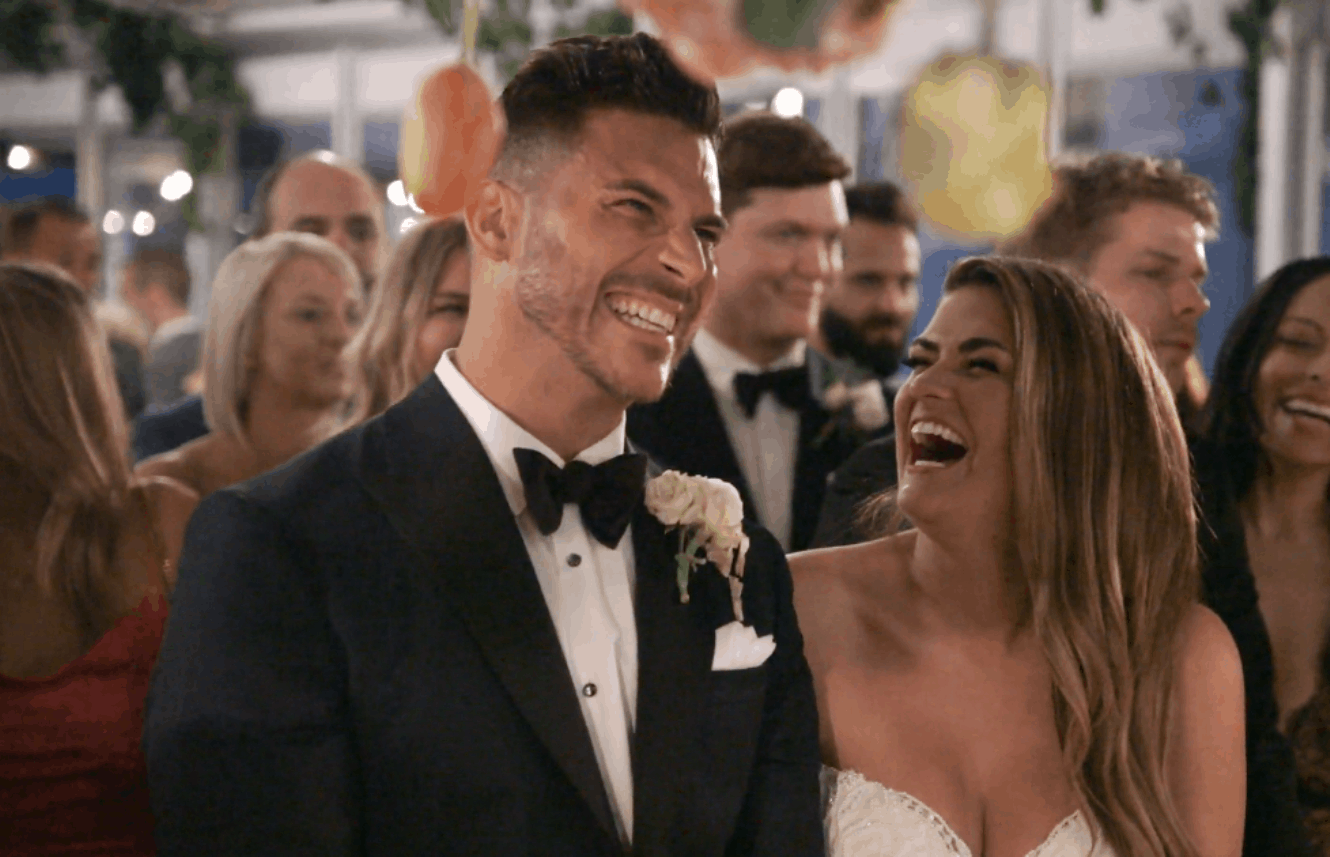 It’s (finally) time for the big day on this episode of Vanderpump Rules.

You guys. The day is here. After about 503 days of pre-wedding festivities, Jax and Brittany are finally about to tie the knot. Brittany goes on and on about her perfect wedding, but the only problem is that she is marrying Jax… so, there’s that. When “Minister Bass,” aka Lance Bass, appears you know it’s really happening.

Brittany’s mom and Mamaw join in on the wedding fun with the ladies, but Kristen is doing a great job of bringing down the mood. She chats with Scheana about “distancing” herself from Carter, and to be honest, I can’t keep up. One minute they’re hooking up, and the next minute Kristen fake hates him.

Sandoval, the BEST, best man is loving his duties and runs to help everyone for everything, up to and including tampon distribution. LOL to Randall chillin’ in bed with Beau as the groomsmen prep. He is really taking his groomsmen duties seriously. Rand claims that no one told him he had to get ready with the guys, cuz ya know, his people aren’t there to remind him. What kind of life…?!

DYING over LVP ‘s impersonation of Brittany and Jax. She nails the vows while practicing with Minister Bass. She is also on point when she chats with Jax prior to him walking down the aisle. LVP gives him a pep talk about enjoying and remembering every moment.

The 96-degree weather doesn’t mean anything to Brittany. She is taking her sweet old time finalizing her look, leaving her guests to fend for themselves under the hot Kentucky sun. Typical. Eventually, Jax makes his way down with his godmother on his arm and Brittany makes her grand debut to her dad. The bridal party, all 45 of them, parade down to the altar. Jax looks a little sincere for once in his life. Maybe he is understanding the gravity of the situation finally.

Minister Bass does a great job, mixing in some humor but keeping it sentimental. When Brittany refers to Jax as Jason, it takes me a minute to realize who she is talking about. Her vows are just like her, too upbeat and too cheesy, but hey. Jax’s were actually sweeter than Brittany’s. You may think that the bridesmaids were blotting their eyes, but in reality, they were wiping the sweat off of their brows. The duo is pronounced as husband and wife and everyone cheers because they can finally get into the AC.

Meanwhile, in LA, we are forced to hear about the Dayna/Max drama. Max continues to deny the fact that he was seeing two girls at once. Yawn.

The Kentucky Castle is popping. Once Mr. and Mrs. enter the reception, LVP gets Katie and Schwartzie’s ear about the vows. LVP is livid as she was the officiant of THEIR wedding, and essentially, those two boneheads are not technically married considering they don’t have a marriage license!!!

It’s a meeting of all of our least favorite newbies. Danica shares that she got a DUI and Raquel spills that her relationship with James has been less than perfect. What else is new? She threatens to break up with James if he doesn’t seek self-help. Looks like they are on their way to heartbreak city.

Dayna adds to the chatting session and lets the girls know that she mixed up the name of the restaurant Max was seen at with another girl. I mean, cheating is cheating if you ask me. Can we discuss the cartoon highlighting the hookup timeline? Why is Dayna defending and making excuses for Max? He’s not that great… Dayna even goes as far as saying she wants to start over with Max despite the “bouquet of red flags.”

The aerial of the Kentucky Castle is classic — check out that parking lot! Also, holy crossover. Shep from Southern Charm made it on the guest list. Amazing. Glad Kristen fought to have Carter at the wedding. She is straight-up ignoring him at the reception.

Stassi tries to force Beau into wedding talk. She makes him say at SOME point they will be getting married, but Stassi is losing her mind because the whole proposal concept is completely out of her hands. Or is it? I mean, it IS 2020…she could 100% hop down on one knee and make it happen.

Later, Schwartz goes on and on and on during his speech. I am talking 17 minutes worth of Jax-bashing, which although funny, went on for entirely too long. LaLa becomes emotional watching Brittany dance with her father as she remembers her late father. Look at Rand. Even he was tearing up as his LaLa cries. He is sweet.

Kristen and Carter have an awkward exchange outside. They discuss their stubbornness and Carter seems like he is trying to talk in code in front of the cameras. You can see it in his face that he wants Kristen to stop talking, especially when she talks about how Carter manipulates her. Kristen looks wasted and drained about putting four years into a relationship with nothing to show for it.

At 11:55, the wedding wraps up and LVP bids Brittany and Jax farewell. Despite her mourning her mother, she was able to have a good time celebrating the couple. Later, Brittany stands on the balcony and tosses the bouquet. Mr. and Mrs. run through sparklers and enter the after-party, where they are greeted by Hooters girls. There are chicken wings, cocktails, and lotsa bad dance moves — thanks, Sandoval.

At SUR, Dayna continues talking about how she “jumped the gun” and “regrets breaking up with Max so quickly.” I would much rather have more segments of the Kentucky wedding than listen to Charli give Dayna advice about Max. Props to Charli for saying she’s the “youngest person and not the dumbest” when it comes to Max and his behavior.

Ew, Scheana sucking face with the groomsman at the after-party. I bet she is best friends with that guy, too.

It wouldn’t be a Jax event without him losing his mind. He starts yelling when he finds out his guests are paying for after-party drinks due to a cash bar. “100,000 dollar wedding and I f**king have this? No,” Jax yells as he calls the debacle “embarrassing” and screams at the staff. “I spent $100,000 on this wedding. Over $100,” he adds.

Perhaps Jax should remind us ONE MORE time how much HE spent on this wedding. Luckily, Sandoval jumps to action and takes care of the vodka debacle. Brittany is completely unbothered and states that she is stronger than ever with Jax. She is thrilled with how the day and night turned out and it seems as if she finally got that storybook wedding she always dreamed of.

It’s the moment we have all been waiting for (sike) — the Dayna/Max confrontation. It’s only been A DAY since Dayna called it quits with Max? Man, she is weak. Dayna admits that she might have jumped the gun and states that she was wrong. Max isn’t letting her off easy. He is angry at her for not believing him and lets Dayna know he needs time to “focus” for a second after everything that happened. Translation: he is done with her.

The next morning, Jax runs around the castle waking up his guests. He yells about the credit cards being maxed out and how everyone has got to go. Seems like the wedding night magic has rubbed off and Jax’s reality has set in: shifts at SUR for basically the rest of his life to pay for his bride’s princess dream.