Vanderpump Rules Star Scheana Shay Reveals What Lisa Vanderpump Does That Drives Her “Insane,” Plus Why She’s on Kristen’s Side Amid Her Feud With Stassi and Katie 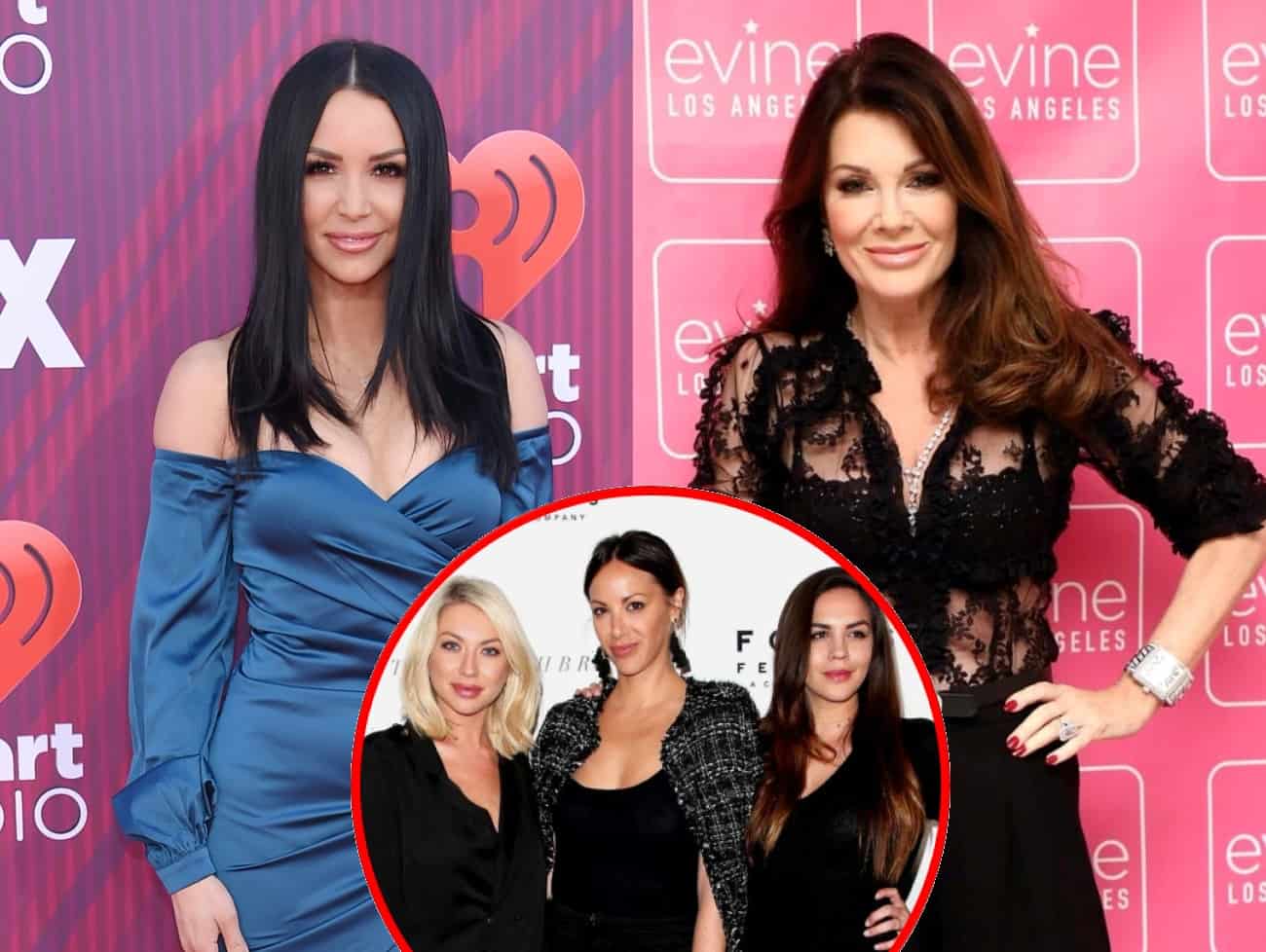 This season of Vanderpump Rules hasn’t shown Scheana Shay in the most flattering light — and she has a lot to say about it.

The reality star has been sharing about her experience on the show in multiple new interviews, including a recent podcast appearance where she commented on everything from her jealousy of Stassi Schroeder‘s booming career to face tuning her hairline.

The “Good as Gold” singer opened up even more to Entertainment Tonight recently, touching on her time at SUR, her relationship with Dayna Kathan, and more.

“I mean, it just gets worse every year,” Scheana told ET regarding how she’s portrayed on the show. “It’s just, like, every season, it’s a different style SUR dress and a different boy I’m awkwardly flirting with.”

While Scheana recently came clean on the real reason she was jealous of Dayna, stating it was because Dayna got to showcase her standup career on the show while her career wasn’t featured this season and not due to the fact that they both had a relationship with Max Boyens.

Still, the whole cringy love triangle situation was brought straight to Scheana’s attention by Lisa Vanderpump who confronted Scheana about her jealousy issues, something which Scheana admits drove her “insane.”

“With Lisa, I love her so much and I love her advice and all of those moments I get with her, but she has this way of telling me how I feel and what I want, and that drives me insane,” Scheana noted. “She’s like, ‘I know you’re…’ and so then there’s this whole montage because I’m like, ‘Lisa, I’m not jealous of that!'”

Scheana also touched on the drama surrounding her other castmates, including the fallout of the Witches of WeHo as she explained why she’s Team Kristen.

“If I had to pick a side, I’m definitely on Kristen [Doute]‘s,” shared Scheana. “I talk to her almost every day and she’s one of my very closest friends, but, I mean, I love Stassi and Katie, we’re in a good place, we’re not best friends — I don’t think we’ll ever get back to that — but I’m in a good place with both of them.”

Considering the turbulent fights between Tom Sandoval and Jax Taylor, Scheana has tried to remain neutral.

“I see both sides, but it just I think got so blown out of proportion. I’m like, OK, I get where Jax is coming from. Like, why didn’t you speak up sooner? But I get where Tom’s coming from,” she shared.

Scheana continued by noting how Tom is “the type of friend where he genuinely is happy for his friends” and not jealous, despite what Jax may think.

“He wants the best, and even if that means some constructive criticism or saying things that no one else is gonna say, I appreciate that so much about him,” she concluded.