Home Vanderpump Rules Vanderpump Rules’ Scheana Shay Reveals Why She’s “Envious” of Stassi Schroeder and Talks Being Unhappy With the Show’s Editing This Season, Plus Find Out Her Biggest Insecurity

Vanderpump Rules’ Scheana Shay Reveals Why She’s “Envious” of Stassi Schroeder and Talks Being Unhappy With the Show’s Editing This Season, Plus Find Out Her Biggest Insecurity 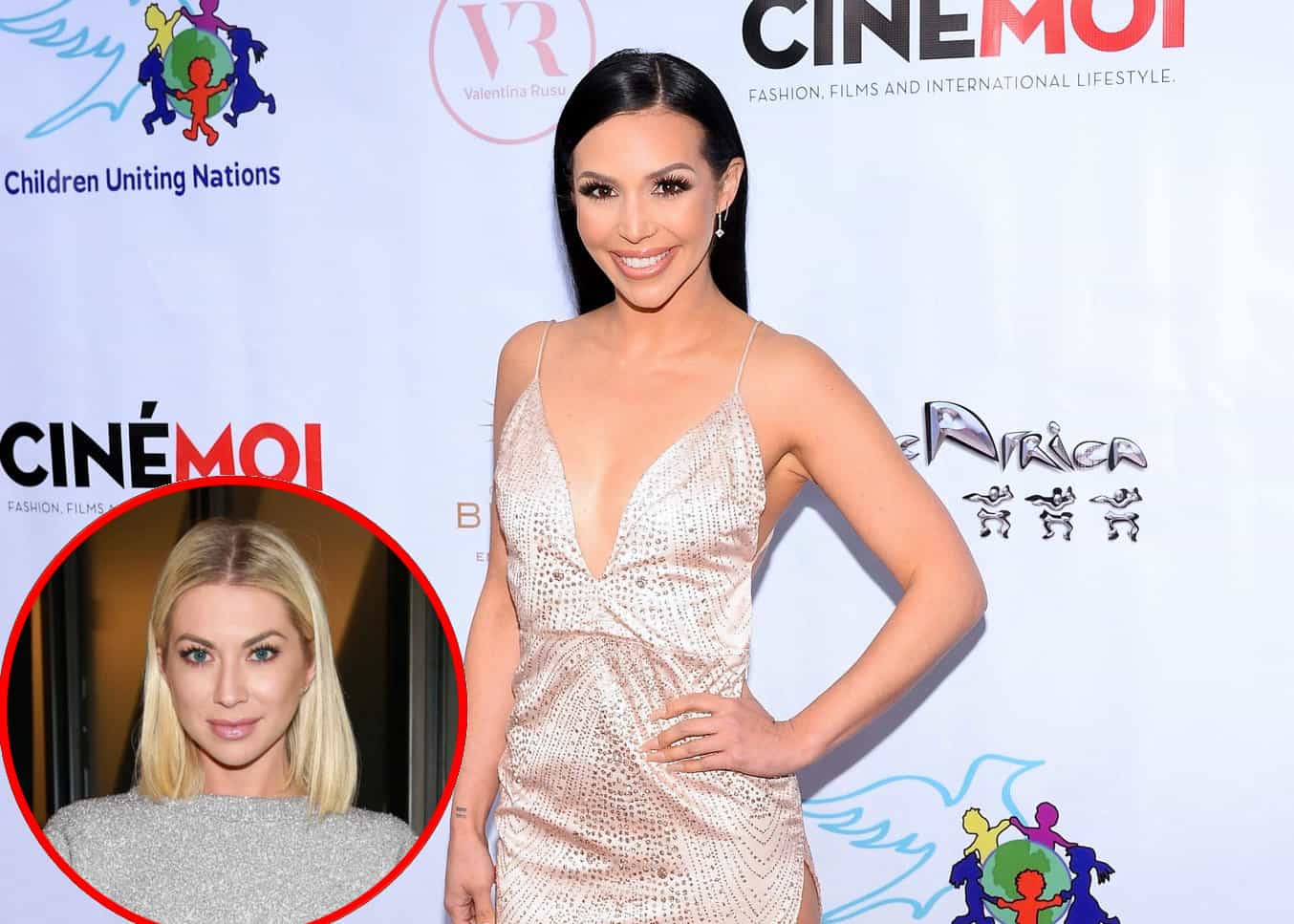 Scheana Shay appeared on Hannah Berner‘s podcast last month, where she opened up about Stassi Schroeder‘s success and other hot topics related to Vanderpump Rules.

After confirming she’s most envious of Stassi due to her booming career, Scheana explained why she took issue with newbie Dayna Kathan, admitted she’s unhappy with season eight, and revealed her biggest insecurity.

“Seeing how much [Stassi]’s built her career, as much as I’m envious of it, it’s so motivating for me,” Scheana explained on Berning in Hell. “It shows me, if you can do it, I can do it. I genuinely look up to her. She has set the mood.”

In addition to being a reality star, a New York Times Bestselling author, and podcast host, Stassi is currently on a nationwide podcast tour and Scheana couldn’t be more proud.

“My whole life I’ve wanted to do a tour of any sort, whether that is speaking at colleges, an anti-bullying tour, a book tour, a singing tour, that’s something I’ve always wanted to do,” Scheana revealed, noting that Stassi is “a few steps ahead of [her].”

As for why she’s unhappy with Pump Rules, Scheana wishes the series would show more of her life and career outside of the cast, admitting she is jealous that newbie Dayna has had the opportunity to showcase her career on Pump Rules while she hasn’t despite being a cast member for eight seasons.

“The biggest thing was, day two, everyone is going to her comedy show and that’s being shown. And I’m like, ‘No one ever saw my Vegas show and no one ever saw my podcast,’” Scheana shared. “All you see is desperate Scheana for a boy who works at SUR.”

When Hannah asked if Scheana had gotten a “mean girl edit” on Pump Rules, Scheana made it clear that her behavior towards Dayna was not edited to be worse than it was.

Looking back on her eight years on Pump Rules, Scheana said she’s done her best to keep her behavior in check and admitted to smoking weed in lieu of alcohol, at least for the most part, during production.

“I smoke way more weed than I drink alcohol but especially when I’m filming, I drink less. There’s been maybe two or three scenes in eight seasons that I’ve been drunk. I don’t like to get too drunk on camera because I don’t want to slur my words and I want to remember everything the next day,” she explained.

As for her biggest insecurity, Scheana said that honor belongs to her hairline.

“I hate my hairline. It goes back further on my right side, hence my bad side,” Scheana explained. “If I face-tune anything in a photo, I pull my hairline down. That’s the only thing I really face-tune.”