Does Stassi Schroeder Think Tom Sandoval is ‘Jealous’ of Her Book’s Success? Vanderpump Rules Star Reveals the Real Cause of His Rage Text Plus Where She Stands With Ariana Madix 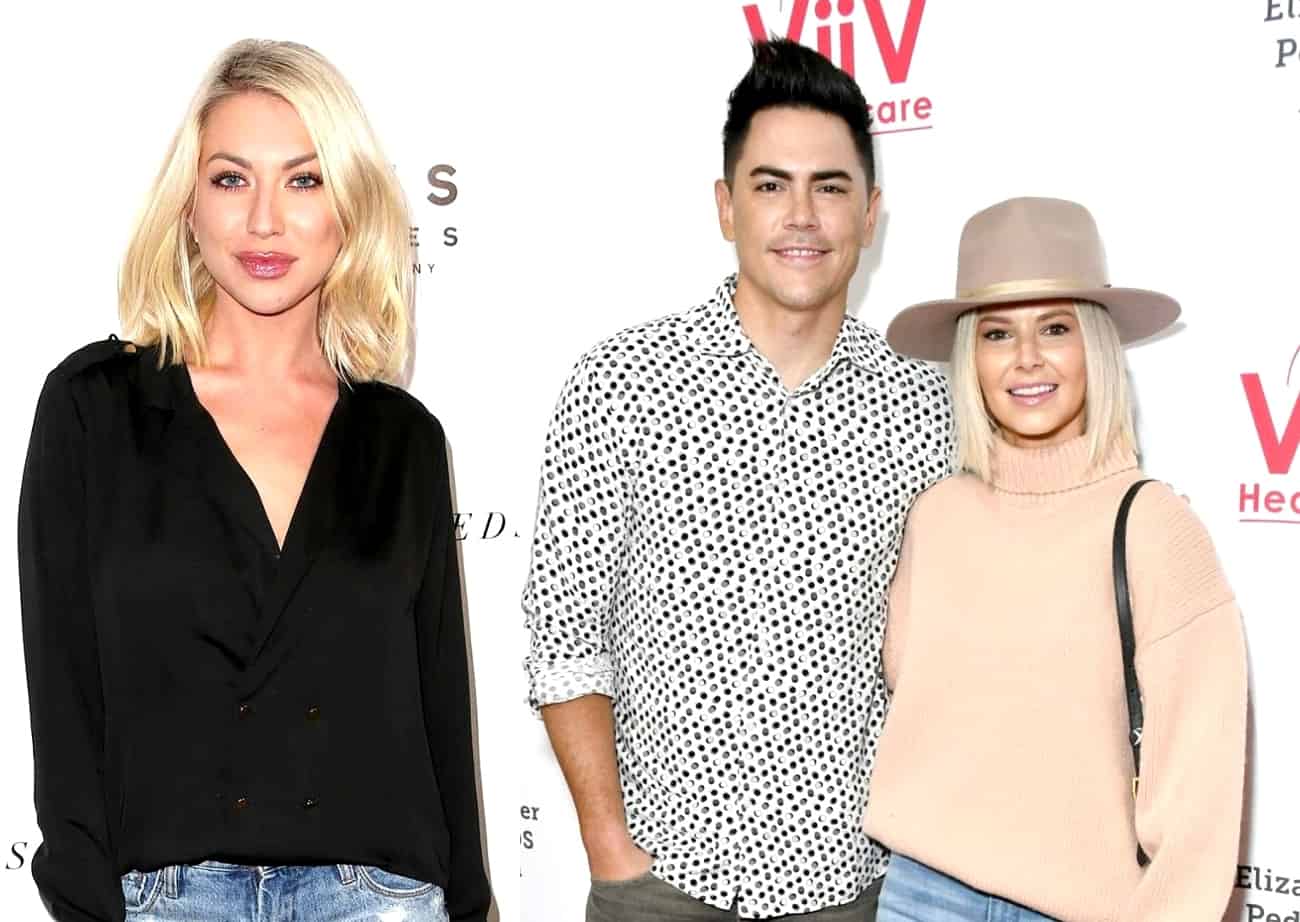 Did Stassi Schroeder ever receive an “off-screen, heartfelt apology” without a “but” attached from Tom Sandoval in regard to the rage text he sent her before her book launch at TomTom?

During an interview this week, the Vanderpump Rules cast member answered that very question from a caller before slamming Sandoval for his “echo of negativity” and revealing where she stands today with his girlfriend, Ariana Madix.

“No… I mean, come on. Listen, I didn’t expect it anyway. So it’s fine,” Stassi said during the Watch What Happens Live: After Show.

Although Sandoval did offer a sort-of-apology to Stassi during last week’s Pump Rules, he suggested it was Stassi’s failure to give him proper notice about the event that caused him to lash out.

Stassi then responded to the caller’s suggestion that Sandoval and Ariana were acting negatively toward her because they were jealous that their book didn’t see as much success as hers. Surprisingly, Stassi doesn’t see it that way as she then shared what she felt was really behind Tom’s rage texts toward her.

“They were an echo of negativity but I don’t think it was for that reason. I just think Sandoval doesn’t like me. That’s it,” Stassi explained on the series’ live broadcast. “Since season one I just don’t [feel the love]. I definitely don’t.”

“It was a totally different type of book so we can’t even compare them and their book hadn’t even come out yet,” she added.

As for her current relationship with Ariana, Stassi confirmed she is on good terms with her co-star.

“I love Ariana. I do. But when she sticks up for Sandoval when I feel like he’s wrong, it pisses me off,” she admitted.

Last month, after Sandoval’s rage text was exposed on Pump Rules, Ariana made it clear to fans on Twitter that she did not support his mean words to Stassi and revealed she told him not to send Stassi the message.