Ariana Madix Reacts to Being Left Out of Girls’ Trips by Vanderpump Rules Costars and Where She Stands With Them, Plus Has She Changed Her Mind About Marriage? 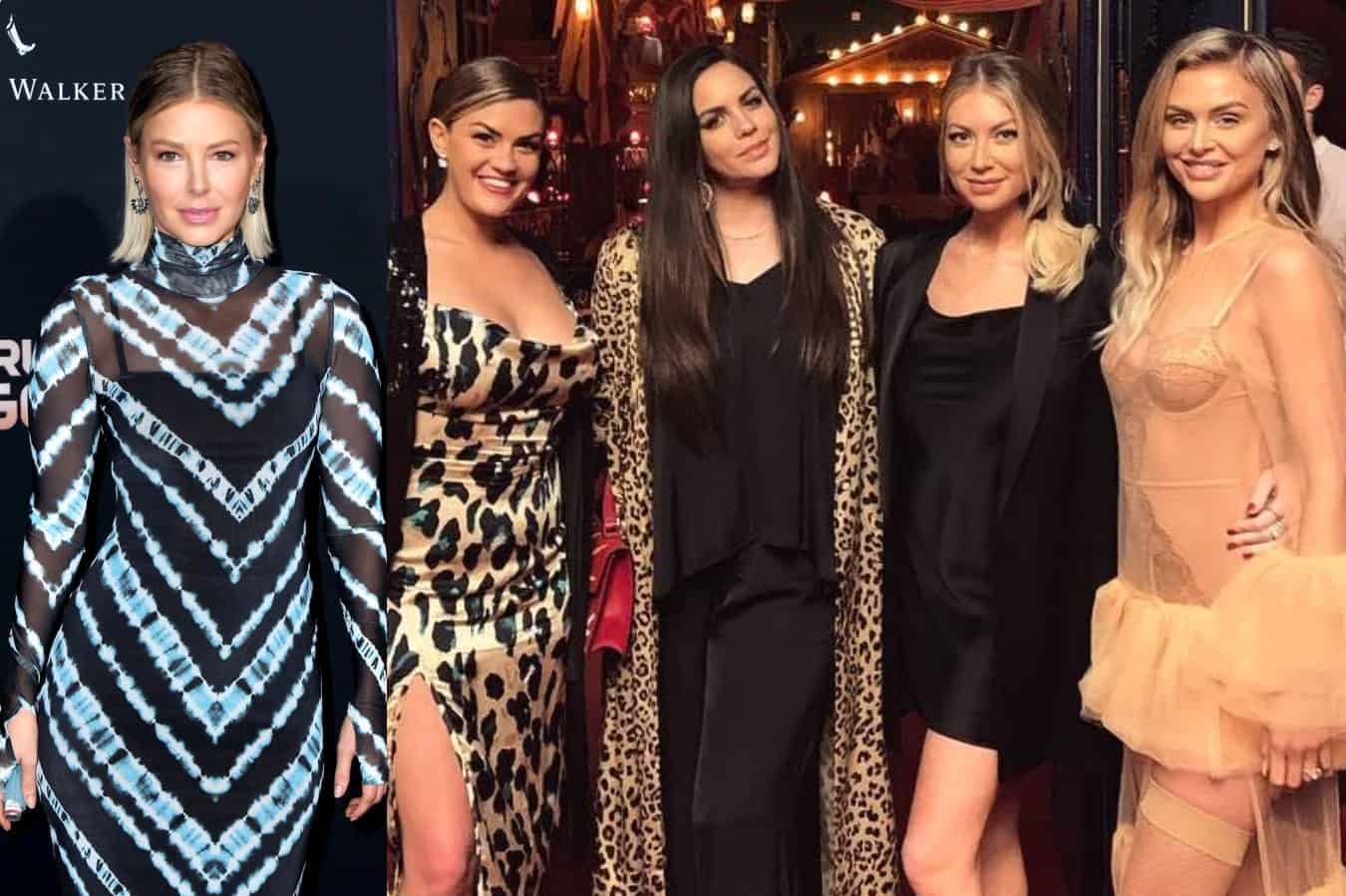 Vanderpump Rules star Ariana Madix reveals if she felt left out when her costars went on a recent “girls’ trip” without her. Plus, she shares where she stands with her costars and if she has changed her mind about not wanting to get married.

As fans have seen on the show, Ariana hasn’t always jived with the rest of her female cast. And when she was noticeably absent from a recent girl’s trip her castmates Lala Kent, Stassi Schroeder, and Katie Maloney took to Utah, we couldn’t help but wonder if she had hurt feelings for not being included.

“I don’t know. I mean they’ve gone on a few trips that I heard about via social media,” Ariana recalled while on E!’s Pop of the Morning as she talked about the trips some of her castmates have taken without her. “I would feel left out I think if it was my best friend Logan going on a trip without me and me not knowing about it.”

Ariana then clarified that because these girls weren’t her “best friends,” she wasn’t too hurt about not being invited.

“They are my friends and I love them dearly but they are not you know my — I don’t feel left out, no,” the 34-year-old added.

The hosts also asked Ariana where she and her boyfriend, Tom Sandoval, stood with the women, especially following Tom’s major fight with Stassi at the TomTom bar during her book signing. Ariana appeared to imply that she is in a better place with the women than Tom is.

“I can’t spoil too much but I am in a different place with people than sometimes Tom is. We are a couple but we don’t always agree on everything,” she explained. “But I feel like I’m in a good place right now [with them].”

As most Pump Rules viewers are aware, Ariana has vowed to never get married despite buying a $2 million home together with Tom last year. But, has seeing many of her costars walk down the aisle changed her mind in any way?

“No, I don’t think so,” shared Ariana when asked if she’s changed her stance on getting married. “I mean, I’m almost 35 years old. I’ve been a bridesmaid in 10 weddings at this point. I mean if that hasn’t changed anything, I can’t imagine that other thing would.”

See what else unfolds on tonight’s new episode of Vanderpump Rules.