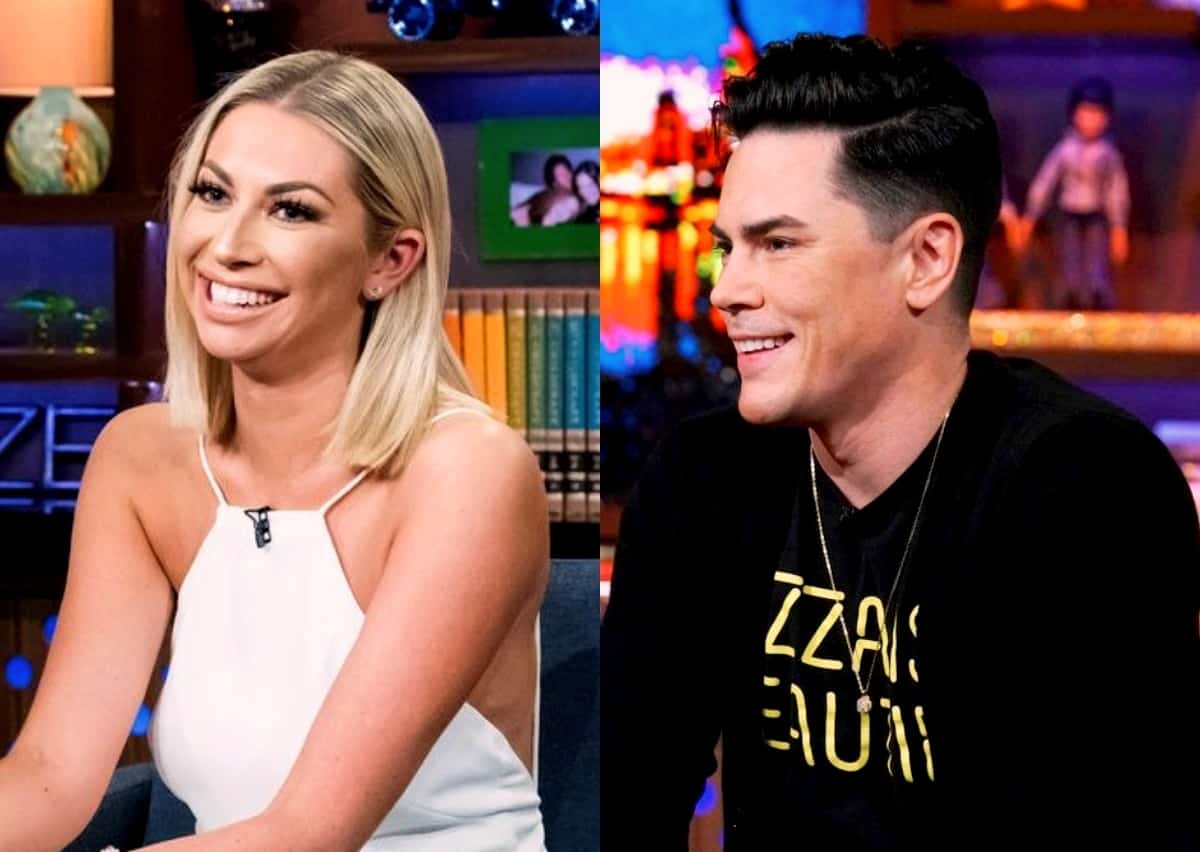 Stassi Schroeder and Tom Sandoval engaged in a dramatic feud during an episode of Vanderpump Rules last week but was it real?

While Stassi and Sandoval’s issues just aired last month on Pump Rules, a partygoer named Sam Kieffer who attended Stassi’s book launch last year discussed his time at the event, claiming that after showing up to TomTom at 11 a.m. and being given free drinks, he watched as the Bravo film crew staged the area and reshot the scene a few times. Reality Blurb can confirm that Sam did attend Stassi’s book signing based on photos on one of his social media pages.

“It was warm and hostile from the moment you walk in,” the partygoer explained on the B**ch Sesh podcast. “There’s film crews everywhere.”

Because he was one of two men, Sam was placed in an area where he would be visible to the audience so the crowd appeared more diverse. From there, he was able to watch as producers were alerted to Sandoval’s impending arrival.

“Sandoval’s next door, we’re going to send him in… to like, storm in,” a producer declared, according to Sam.

At that point, producers moved everyone to the front of the restaurant to “cheat a bar scene” while appearing “absolutely” unconcerned about the clientele and their need for drinks.

“They had him storm in and they did that fight five or six times in a row. They just kept having people go back to one,” Sam recalled.

During the fight scene, which featured Stassi slamming Tom as an “egotistical piece of sh*t,” Sam said he was “genuinely impressed” with everybody’s acting.

He, however, adds that while he does believe the animosity and fight between Tom and Stassi was real, stating that they truly appeared to be mad at each other, it was still strange seeing them re-film the scene over and over again.

“They would be arguing with each other and they’re very mad and then they go, ‘Alright, cut,’ and then the two parties just kind of turn away from each other. So, they’re still fuming,” he shared. “They just take this guy and they move him over here for this shot. And they say their last line, not scripted, but, ‘This is the last thing you were upset about,’ and they turn back into each other and continue and do different versions of that to get closeups of people.”

Sam went on to say that things between Stassi and Tom appeared to get “more real” as the takes continued because they were getting “incrementally more mad” at one another while replaying the scene again and again.