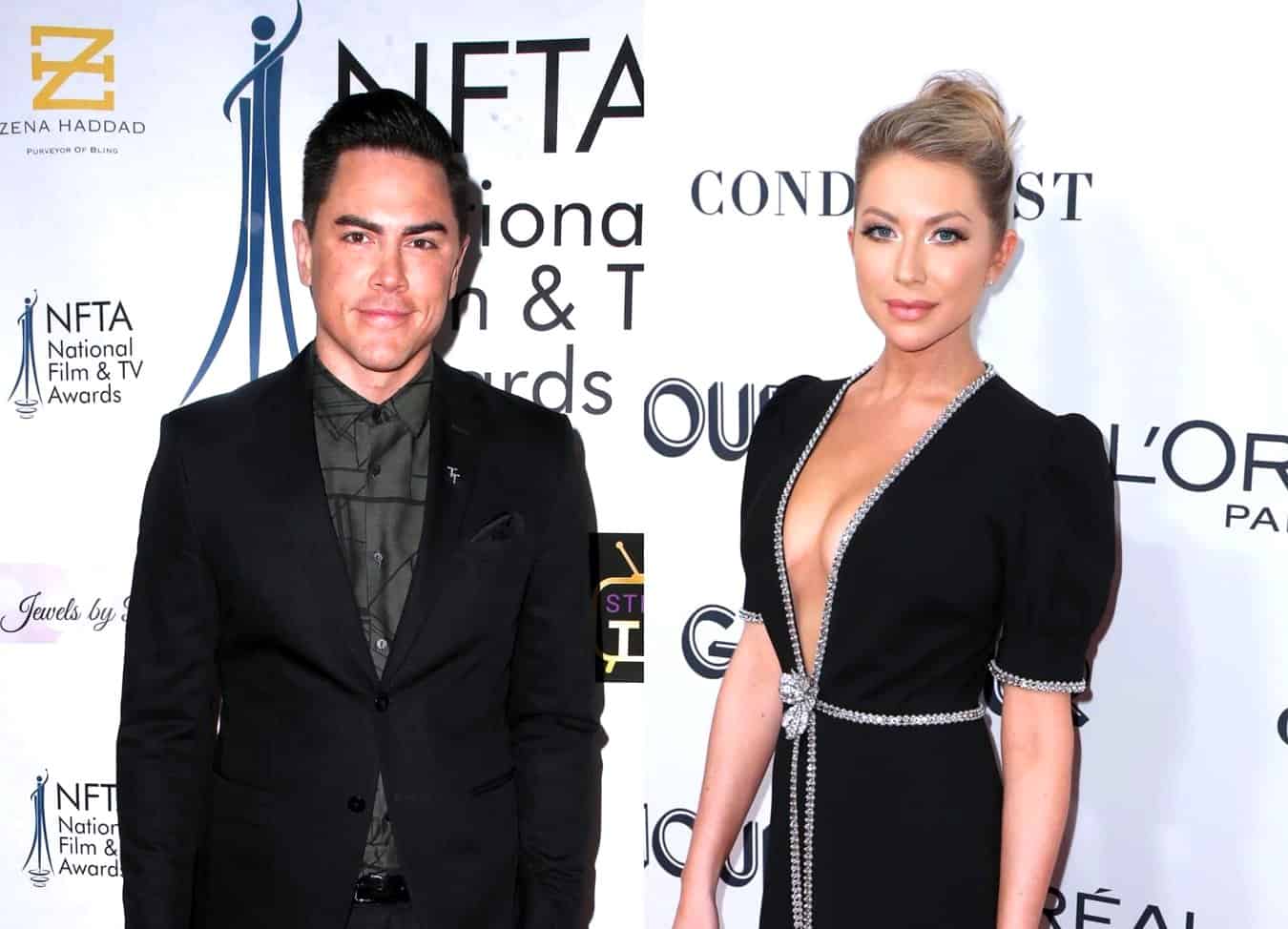 Tom Sandoval reacted to backlash over his “ridiculous” and “egotistical” behavior toward Stassi Schroeder on Instagram after Tuesday night’s new episode of Vanderpump Rules featured him and Stassi in a screaming match at TomTom during her book signing.

After learning Tom had sent a “rage text” to Stassi prior to her event, warning her that he would ban her from his restaurant if she dared to be upset with the lack of staffing for their bar, a fan sent a critical message to Tom that prompted the reality star to suggest editing was to blame.

“WOW! Tom- you’re my husband and my favorite and we can’t believe how ridiculous and egotistical you were on tonight’s episode. [You’re] usually so reasonable. Bummer…,” the woman wrote.

In response, Tom thanked the fan for her kind words before suggesting that his “ridiculous” and “egotistical” behavior was sparked by something fans did not see on the show.

“Thank [you] for saying that, there was so much more going on behind the scenes… wish we could fit it all in… my major stress and frustration was definitely misdirected,” Tom wrote. 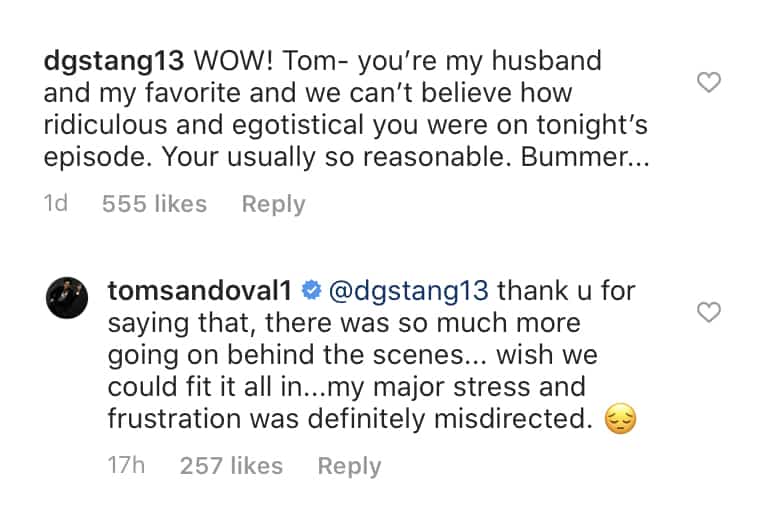 In addition to Tom speaking out about his behavior on Tuesday’s episode, his girlfriend, Ariana Madix, also addressed the issue on her Twitter page, agreeing with a fan who slammed Tom for failing to act like a professional business owner.

She also revealed that she attempted to stop Tom from texting Stassi before her book signing after being confronted by another fan who told her Tom was “100 percent wrong” to treat Stassi the way he did.

“YUP,” Ariana said. “Told him not to contact her and went the F to bed.”

Although Stassi has not yet commented on Tom’s behavior on her social media pages, she did share her thoughts on Tuesday night’s episode on Twitter with a message about Dayna Kathan‘s decision to not wear a bra to work at SUR Restaurant.

“My thoughts on this episode: if I didn’t have such oversized non-supported boobs, I too would go sans ‘breast prison’ EVERY DAMN DAY,” she tweeted.