Home Vanderpump Rules Vanderpump Rules’ Ariana Madix Reacts to Tom Sandoval’s Rant Against Stassi Schroeder, Plus She Offers an Update on Her New House and Reveals If She’s Living Off TomTom 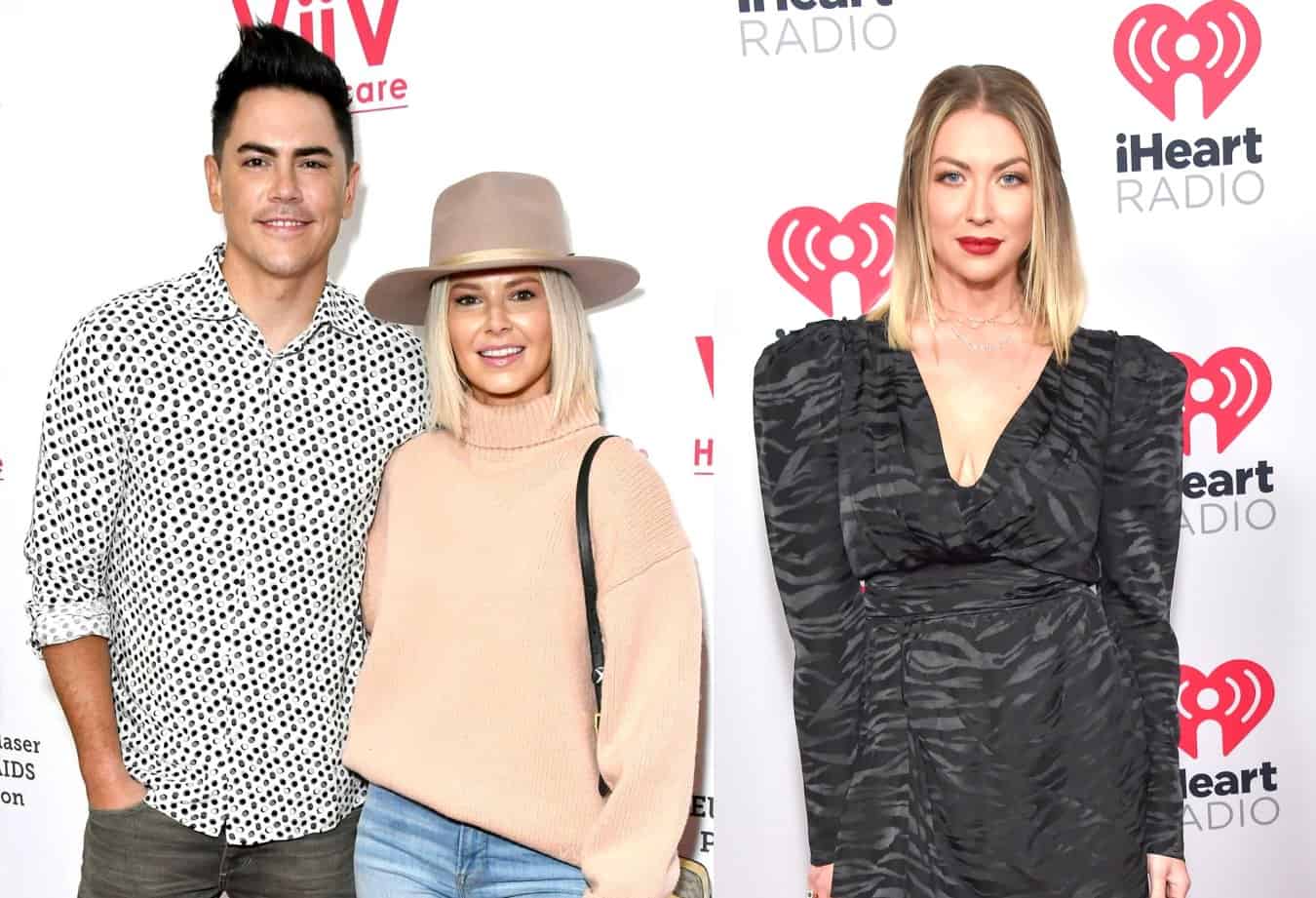 Ariana Madix may have had Tom Sandoval‘s back during his heated argument with Tom Schwartz, Katie Maloney, and Stassi Schroeder during the latest episode of Vanderpump Rules, but that doesn’t mean she agrees with his behavior.

After admitting that Sandoval acted unprofessionally towards Stassi, his TomTom customer, during her book signing event, Ariana revealed she encouraged him against texting his co-star before offering an update on the furnishings of their $2 million home and reacting to claims of living off the money generated at TomTom.

On Twitter, as the new episode of Pump Rules aired, one user pointed out that it was completely unprofessional for a business owner to send a text like the one Sandoval sent to Stassi. 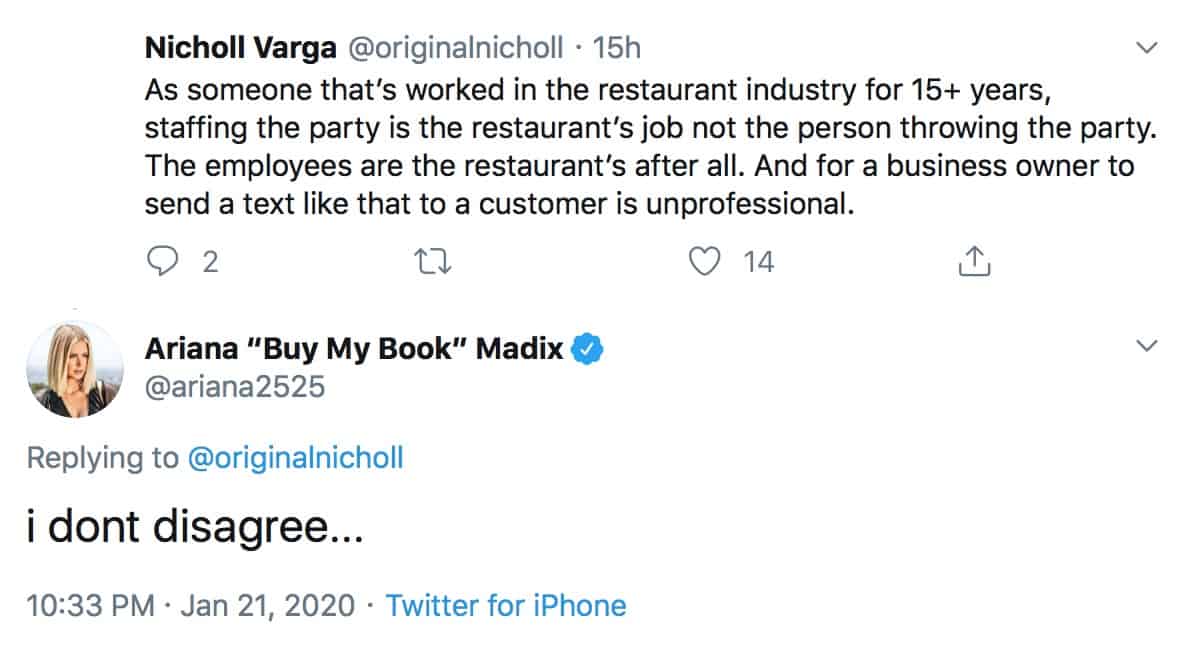 In Sandoval’s 2 a.m. rage text to Stassi, he informed her that they were lacking staff for her event, which was set to take place the following day, and threatened to kick her out of his restaurant if she was to put the blame on them for things potentially going awry.

In another Twitter post, a fan pointed out that Sandoval was “100 percent wrong” to treat Stassi the way he did and accused him of “horrible customer service.” Meanwhile, another fan came to Ariana’s defense, saying that she shouldn’t be lumped into the drama.

“YUP,” Ariana agreed. “Told him not to contact her and went the F to bed.”

Also during Tuesday’s episode, Sandoval was seen explaining that because he and Ariana hadn’t yet furnished their new home, their visiting guests were advised to “B.Y.O.C.,” with the “C” standing for “chair.” Understandably, a number of viewers were taken aback by Sandoval’s statement. One person accused him and Ariana of being “so tacky” for refusing to keep the staging furniture.

“lol you still have to waste [your] money buying that furniture so that’s a no thanks (also would have to commit to it for all of filming for continuity) and it’s really not that serious,” Ariana tweeted back to the woman.

“When did our friends become above this, exactly?” she added.

Although the couple’s house has appeared pretty bare throughout the first few episodes of Pump Rules, Ariana offered an update to another fan who said they would come to Ariana’s place, even if it meant having to bring their own chair.

“Hahaha! We can have a picnic,” Ariana replied, confirming she has “lots of furniture now.” 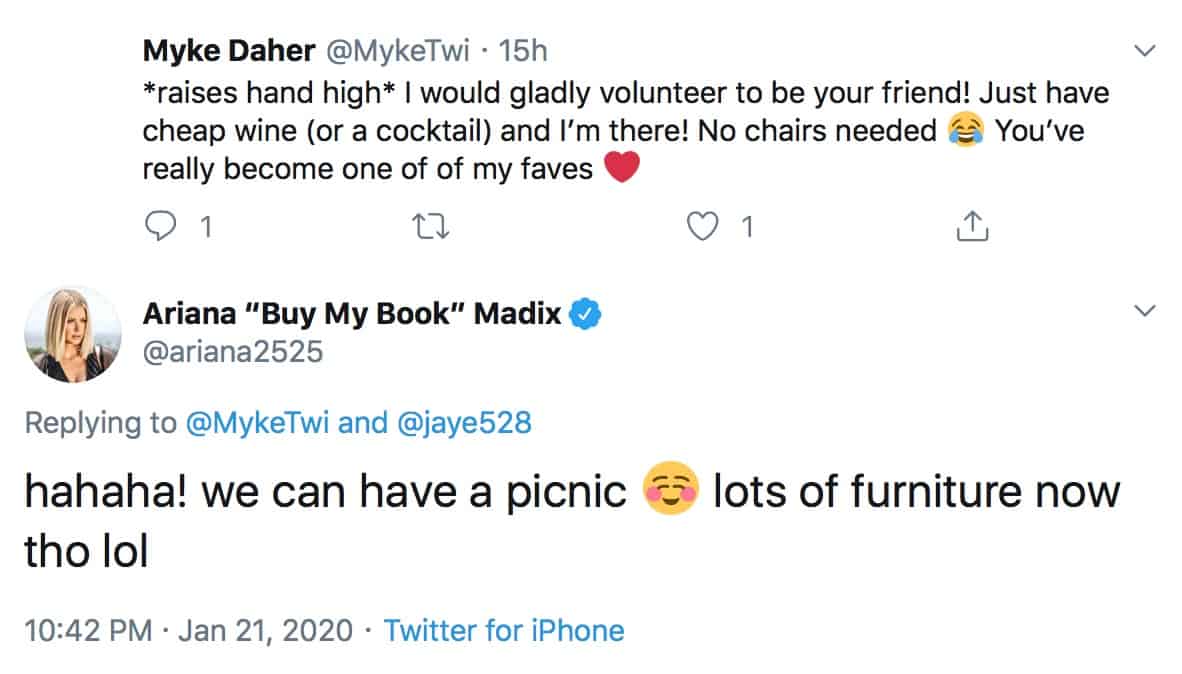 In a fourth tweet, Ariana fought back after seeing that someone had accused her of living off TomTom by revealing that she’s actually seen no money from the restaurant.

“How do I live off TomTom? Curious,” Ariana wrote.

“Oh the block [becase] you have no answer… never seen a dime from that place but go off,” she continued. 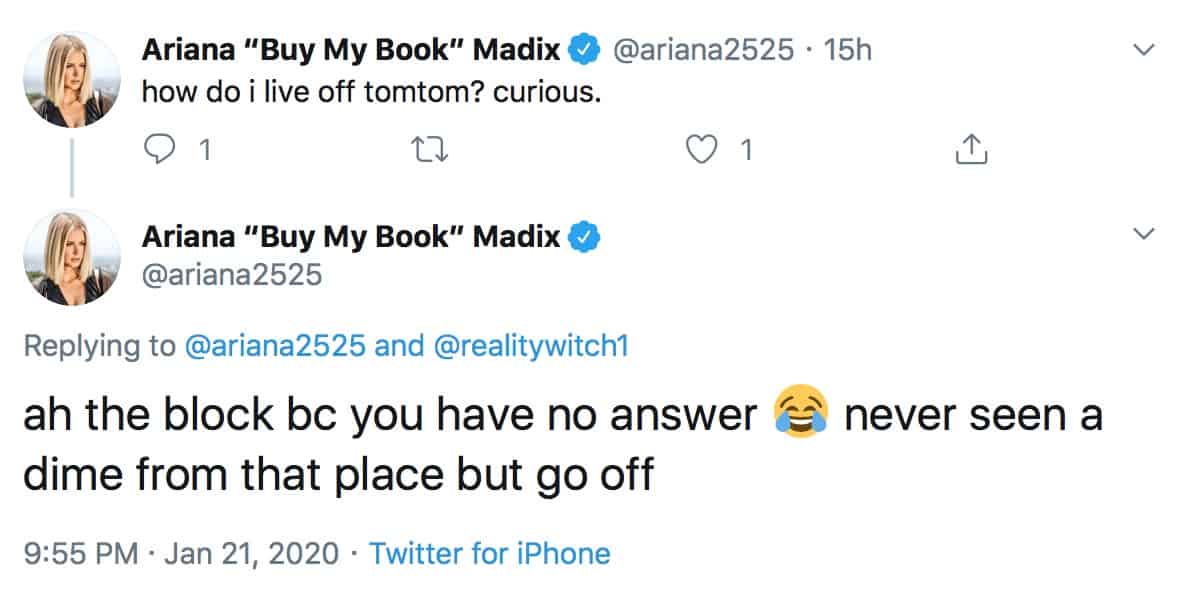