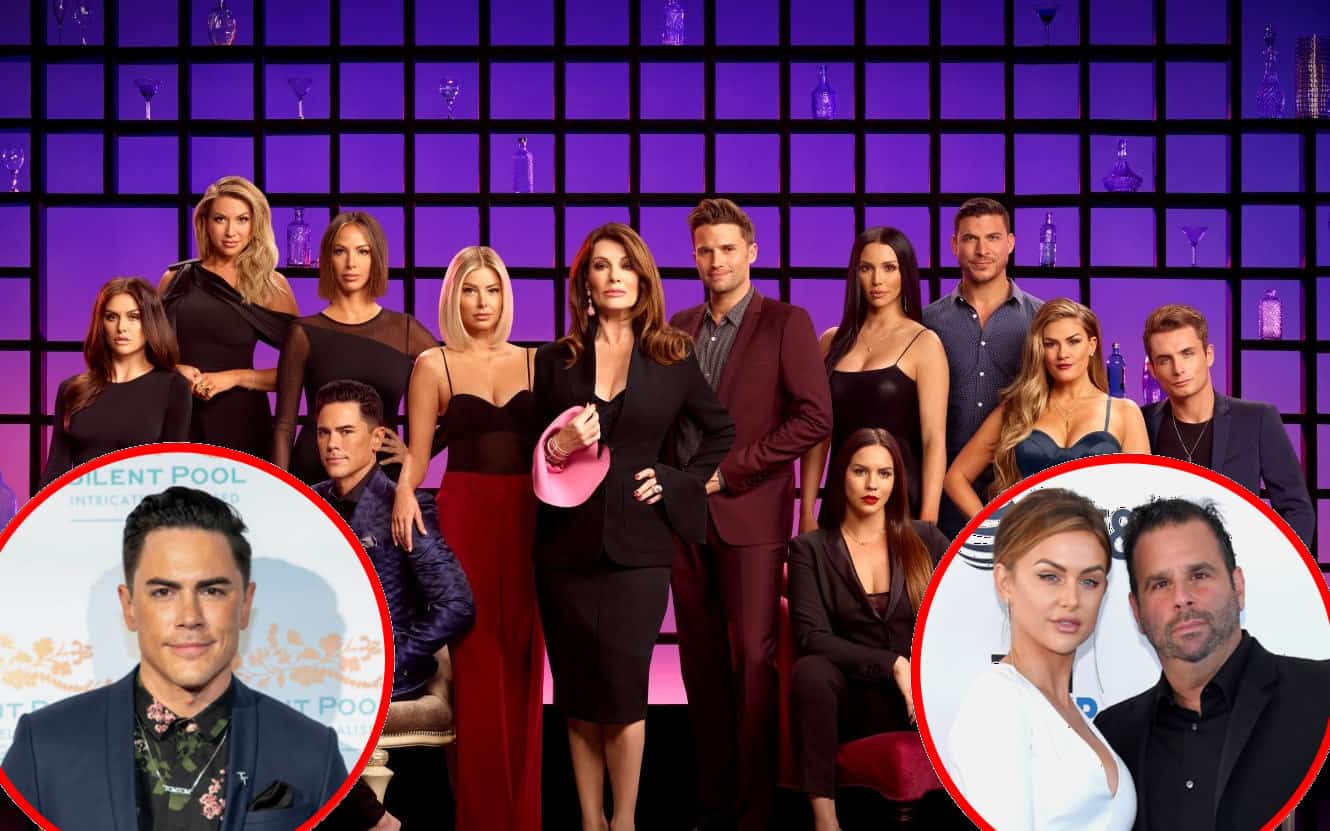 A new extended trailer for the upcoming eighth season of Vanderpump Rules was released amid the many events of BravoCon over the weekend, and in it was even more drama than the first look at the new episodes.

In addition to the unexpected addition of Lala Kent‘s fiancé, Randall Emmett, who has long been kept off the show, Scheana Marie is seen in the midst of a love triangle with newbies Dayna Kathan and Max Boyens as Tom Sandoval is seen being cuffed and thrown into the back of a cop car.

While there are tons of fun moments, including Jax Taylor and Brittany Cartwright‘s bachelor and bachelorette parties and a trip to Las Vegas, where Lisa Vanderpump is seen zip-lining, there is also plenty of tension, especially between Scheana and Dayna.

According to Ariana Madix, the friction between Scheana and Dayna seems to stem from Scheana’s past interaction with Max, who manages TomTom, and Dayna’s ongoing relationship with him. In one particular scene, Dayna accuses Scheana of being “jealous.”

Although Dayna and Max were seen in bed together during one scene of the Pump Rules trailer, they were also seen at odds with one another as Dayna accused Max of hooking up with “a bunch of people.”

There’s also tension between James Kennedy and Raquel Leviss after he slams her as a “sl*t” following a wild night of drinking. Luckily, as he recently shared on Instagram, James is now sober and planning to stay that way.

Then, in a shocking turn of events, Tom is seen seemingly being arrested after screaming at a number of people throughout the trailer.

“What is this?” Ariana asks as she walks towards the police.

As fans likely saw, Stassi Schroeder and Beau Clark got engaged over the summer, but according to the trailer, Beau first faced pressures to propose.

Also during the trailer, Randall is seen carrying Lala over the threshold of his home in Bel-Air as he proclaims, “We’re getting married.”

Speaking about her fiancé’s new role at BravoCon, Lala admitted she is still not quite sure why she decided to expose her relationship to the cameras after keeping Randall off the show for years.