PHOTO: Vanderpump Rules’ Stassi Schroeder and Beau Clark are Engaged, See the Reactions of Andy Cohen and Their Co-Stars Plus Her Stunning Ring 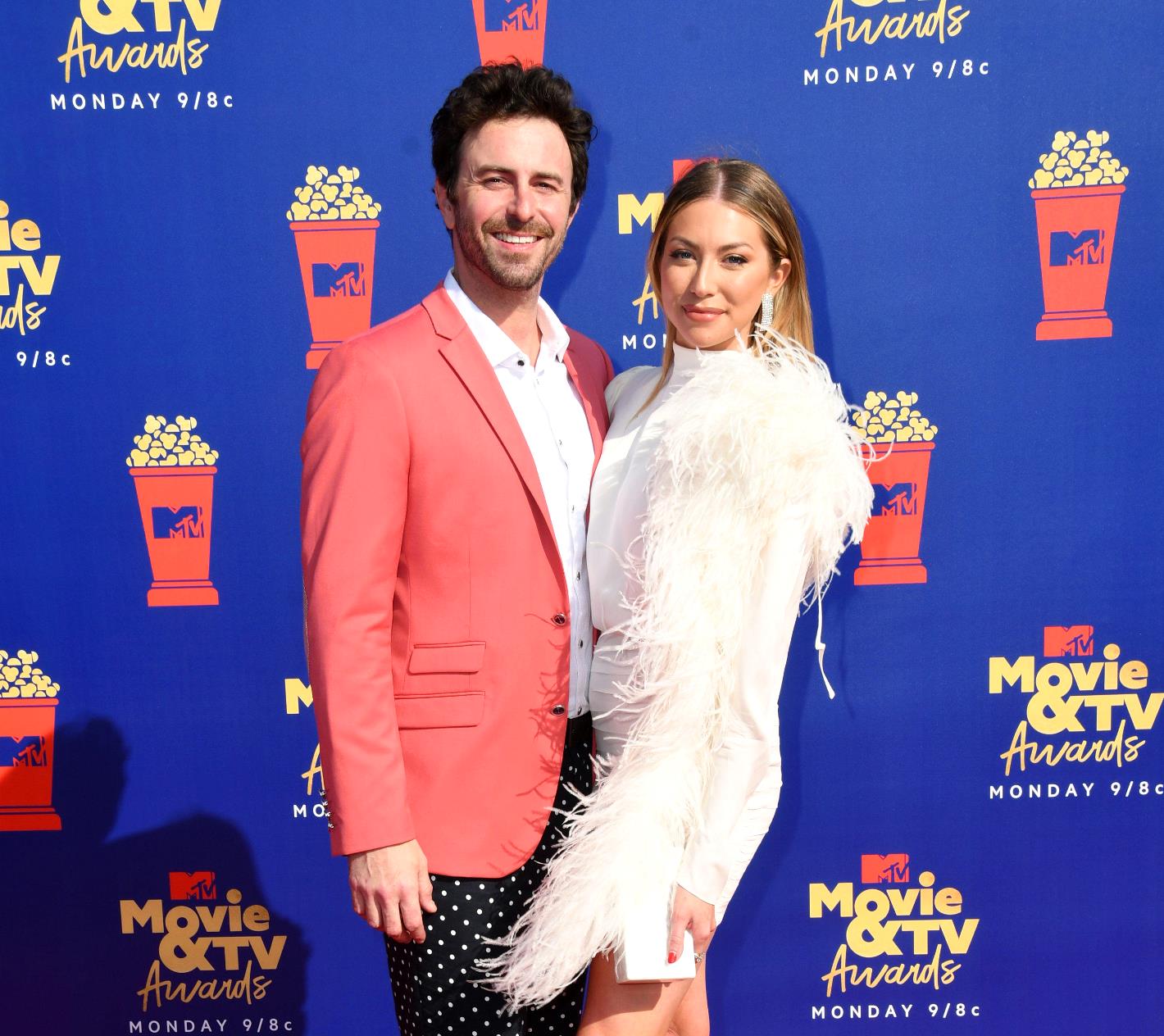 Stassi Schroder has just confirmed her engagement to Beau Clark.

Just days after watching their Vanderpump Rules co-stars Katie Maloney and Tom Schwartz walk down the aisle for the second time, Stassi, 31, and Beau took to their Instagram pages where they shared their exciting news with their fans and followers.

“OMG. I feel like Meghan Markle,” Stassi wrote in the caption of her photo, which gave fans their first look at her stunning diamond engagement ring.

“Sloppy Kisses 4 Life!” Beau added in the caption of his pic.

As some fans noticed, Stassi and Beau both tagged themselves at the place of Beau’s proposal, The Hollywood Forever Cemetery in Los Angeles.

“VERY HAPPY FOR YOU BOTH,” Andy Cohen wrote in response to Stassi and Beau’s engagement.

“And thank [God] he had the sense to propose at a cemetery,” he added.

A number of other Bravolebrities responded to the news as well, including Lala Kent, Brittany Cartwright, and Tom Sandoval.

“Wooo hoooooo congratulations guys!!!!!!!! So happy for you!!!” Brittany shared. 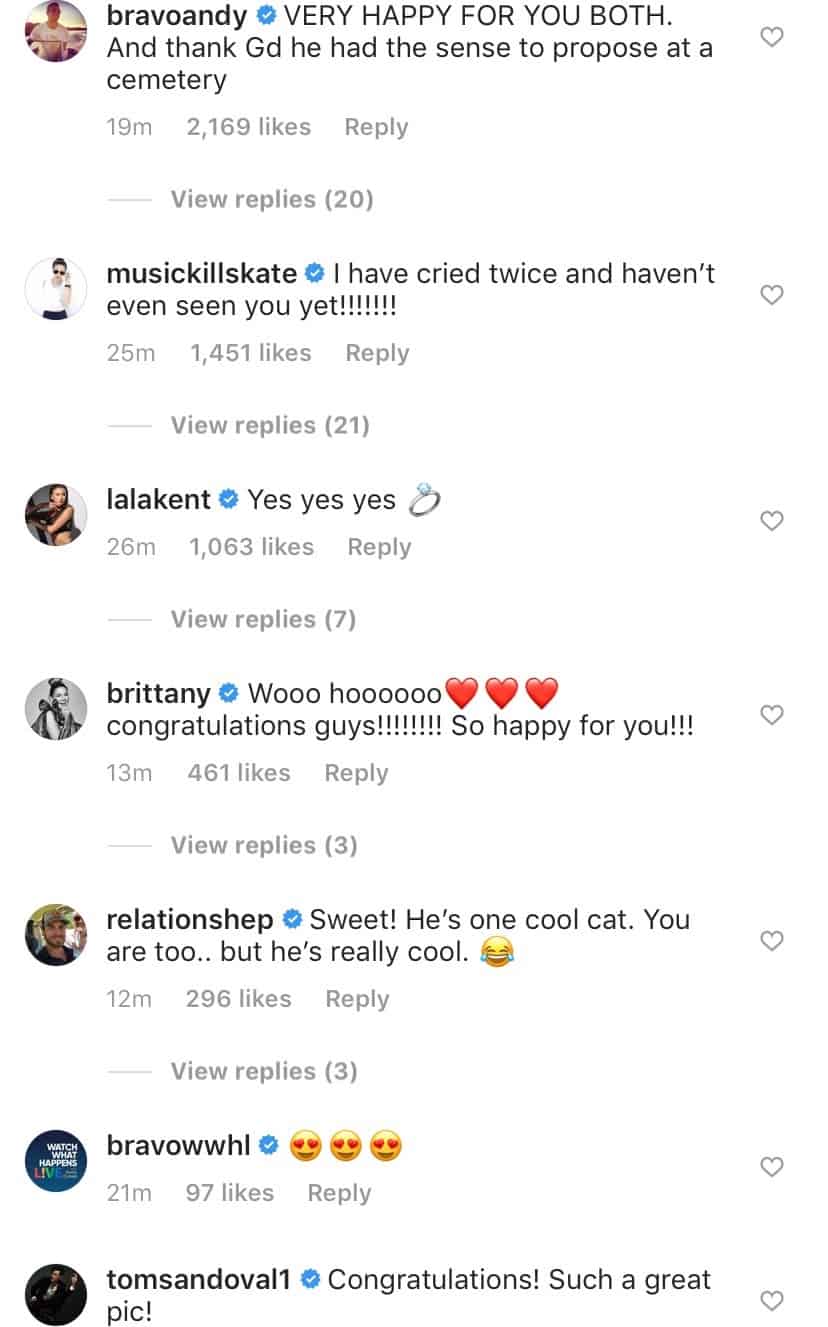 Stassi began dating Beau in early 2018 after splitting from former boyfriend Patrick Meagher several months prior. Then, on February 14, 2018, the couple went public with their romance during a murder-themed Valentine’s Day celebration.

The eighth season of Vanderpump Rules is expected to air sometime later this year on Bravo TV.