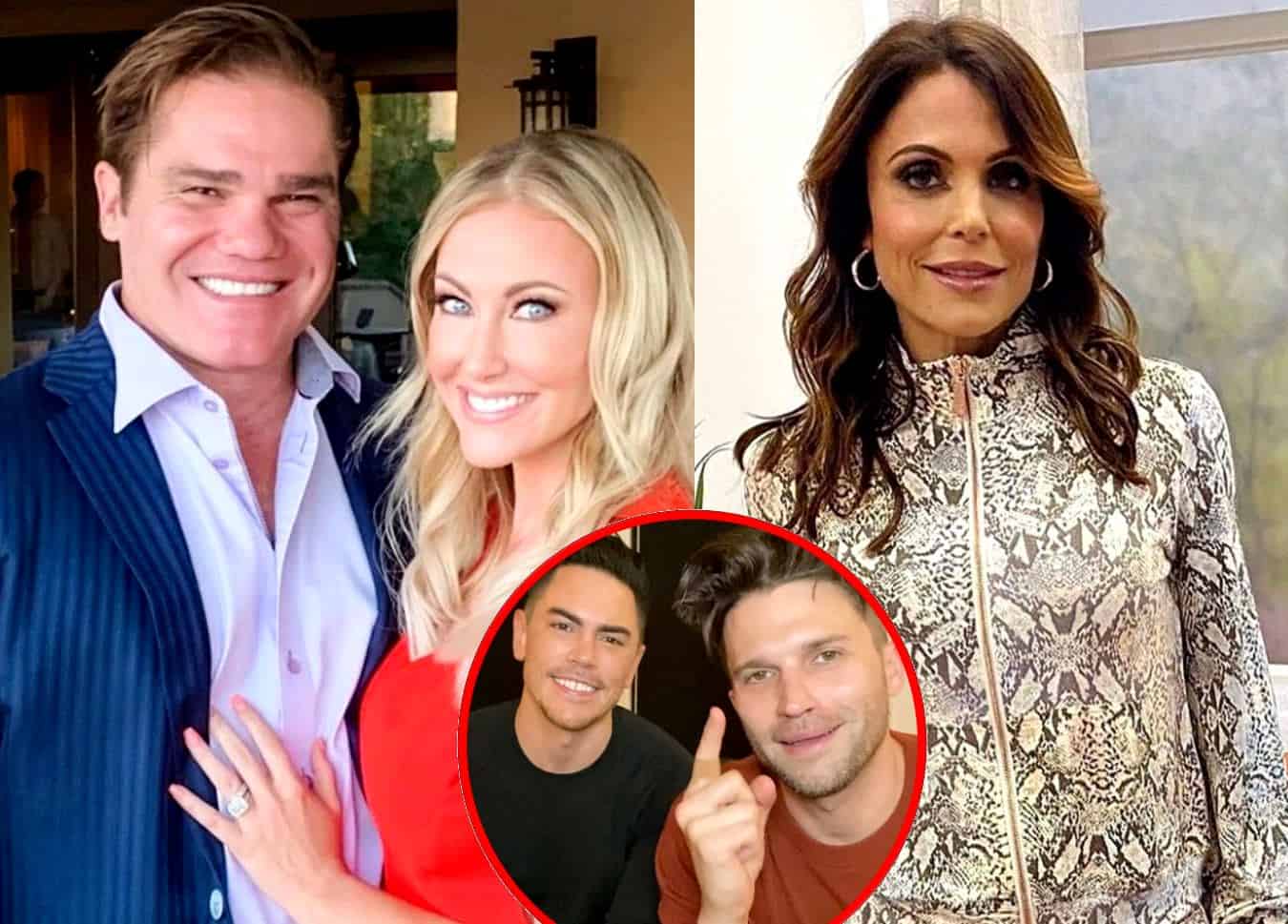 Stephanie Hollman‘s husband, Travis Hollman, is doing what he can to make sure that his employees’ lives aren’t negatively impacted by the coronavirus outbreak as other Bravolebrities, including Bethenny Frankel, are also stepping up to help out in major ways.

As businesses around the country face either mandatory closures or a lack of business, the Real Housewives of Dallas husband, who is the CEO and president of Hollman Lockers, announced on social media that he will continue to pay his 285 employees a full-time salary until at least May 1.

“Extremely sad at the layoffs. We have a responsibility to keep our employees employed,” Travis tweeted. “[Hollman Lockers] is going to keep paying for a 40 week. I am meeting with our 285 employees today to let them know they are safe and can feed their families.”

In response to Travis’ tweet, Stephanie, who acts as Hollman Lockers’ Chief Giving Officer, told her fans and followers she was “so proud” of her husband.

“So proud of [Travis Hollman],” Stephanie wrote along with a red heart emoji. 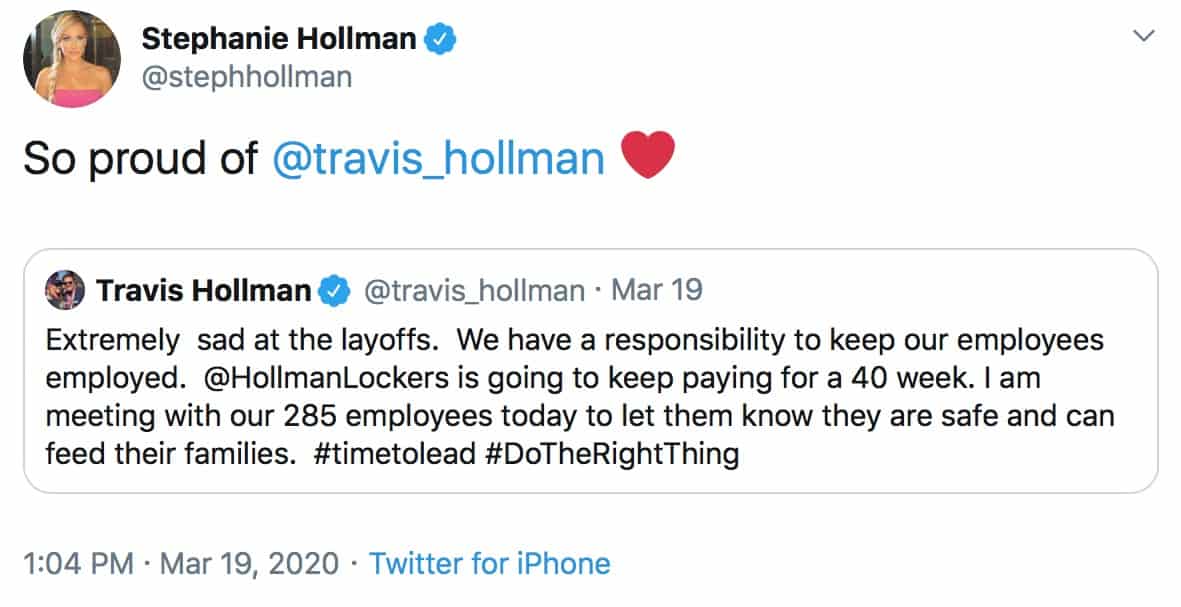 In more news, former Real Housewives of New York City star Bethenny has just announced she will be donating 1,000,000 masks to multiple hospitals within days.

As most people are aware, there is currently a shortage of masks for healthcare professionals as hospitals are starting to become overwhelmed with the spreading coronavirus. Bethenny’s project, via her BStrong charity, started with a pledge of 15,000 masks and has continued to grow each day.

I need @NYCMayor to contact me please on DM here because #bstrong is going to allocate another 250k in N95 masks to be distributed to various NYC hospitals, the epicenter of this crisis. Please contact me to divide appropriately.

And then just yesterday, Bethenny announced to Radio.com that she was now able to donate 1 million masks, some of which she is having produced in her factory and some of which are being imported from other countries. Even better, she will be able to make this donation in just days.

“My partner is in Florida, quarantining himself except for when they go into our warehouse which will only be about 6 people at a time and they’re 6 feet apart with gloves and masks on, trying to assemble. We’re having a lot of medical masks shipped directly from other countries to the hospitals,” Bethenny explained.

Last but not least, Vanderpump Rules stars Tom Sandoval and Tom Schwartz are also doing their part to help out as they both announced they will be donating 100% of their Cameo earnings to help out staff members at TomTom restaurant. As we reported last week, the restaurant owner and partner of the Toms, Lisa Vanderpump, decided to temporarily shut down all of her restaurants as a way of slowing down the spread of the virus.

Even more, the Toms are promising to match the Cameo money, and they plan to donate up to an additional $10,000.

Millions of people in the restaurant industry are out of work bc of #covıd19 including our @tomtom Family, @twschwa and I are donating 100% of our earnings from cameo to our TomTom Staff & matching the amount up to $10,000!! Book ur @cameo today and get a personalized message from the #2toms !! -❤️LINK IN BIO ❤️-Thank u so much everyone! Stay safe! We love u! #pumprules

It’s heartwarming to see these Bravolebrities stepping up to help in whatever way they can. Please feel free to share stories below of how you or others have been helping out during this difficult time, or ways that we can all help out.