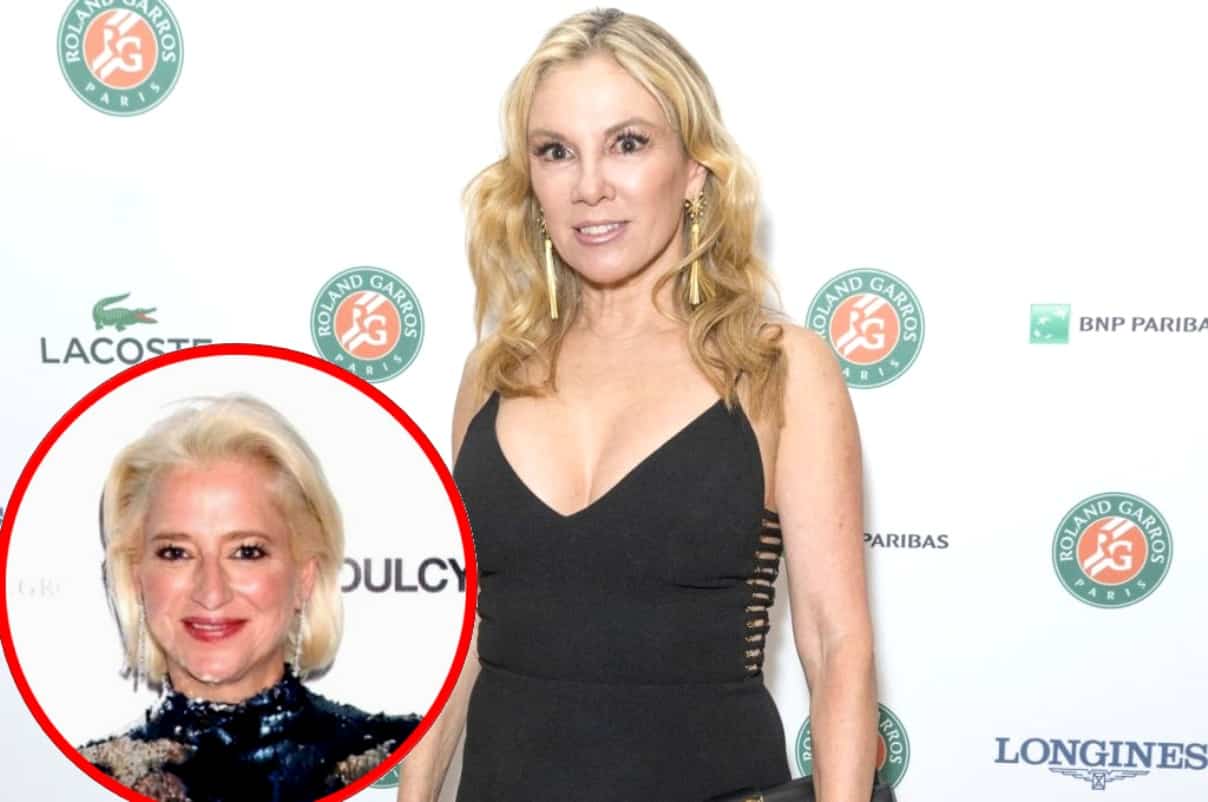 With The Real Housewives of New York City season 12 premiere upon us, Ramona Singer is spilling all the exciting — and intimate — details.

From why the show is better without Bethenny Frankel to what caused her to have a major meltdown in the first episode, the reality star explains why this season might take the cake.

“It’s going to be much more entertaining than the past two seasons, because we never get dark. It doesn’t get dark like we had the past two seasons,” Ramona told AOL’s In The Know. “I don’t know if it’s because of [Bethenny] that it doesn’t get dark.  [I know because] she isn’t on this season, that all of us feel lighter and brighter and more relaxed, and therefore we can show ourselves and feel more comfortable in our settings and in our skin, because Bethenny was a very strong character on the show.”

Ramona explained how, as her co-star also Luann de Lesseps noted recently, Bethenny “takes the breath out of the room,” and without her, the ladies seem to relax and show themselves more intimately.

The RHONY OG also teased a breakdown that already happens in the first episode, where she apparently cries hysterically over being single and not having a man to love her — a direct contrast to her “I don’t need to find love, I love myself” tagline this season.

“You’re going to see us expose ourselves more by being vulnerable and what is bothering us. Like, for instance, the first episode I bare my soul in kind of of a mini-breakdown in front of my girlfriends, saying that I don’t know if I’ll ever find love again,” she revealed. “And, I mean, I was embarrassed when I saw it. Because I cannot believe I exposed myself that way. I was like, ‘Oh, my God, what am I doing?’ But you know what? Viewers will relate!”

Ramona also talked tensions with Dorinda Medley — drama fans witnessed in the season 12 trailer. Ramona shared with TooFab how their relationship remains a work in progress.

“Dorinda really can go from 0-100 miles an hour in one second, but this time she’d go from 0-100 miles and it wouldn’t last a second, it’d last an hour and it was very upsetting, very upsetting,” she said. “You’ll see her do that. It wasn’t fun to be around. You’ll see how we all dealt with it and to see whether we were able to deal with it or not when you watch the show.”

The RHONY regular concluded by noting how the women “may have a little bigger house and have a few more dresses and shoes than you,” but are really just like everyone else.  “[T]hat’s what this disease is teaching us — this virus,” she stated. “We are all just people. We have come to Earth the same way. And we’re all going to go the same way. No one is different.”

RHONY Live Viewing – This is also a live viewing thread for tonight’s season premiere episode of RHONY, so feel free to comment and chat below as RHONY debuts tonight, April 2, at 9/8c. A preview clip is below.