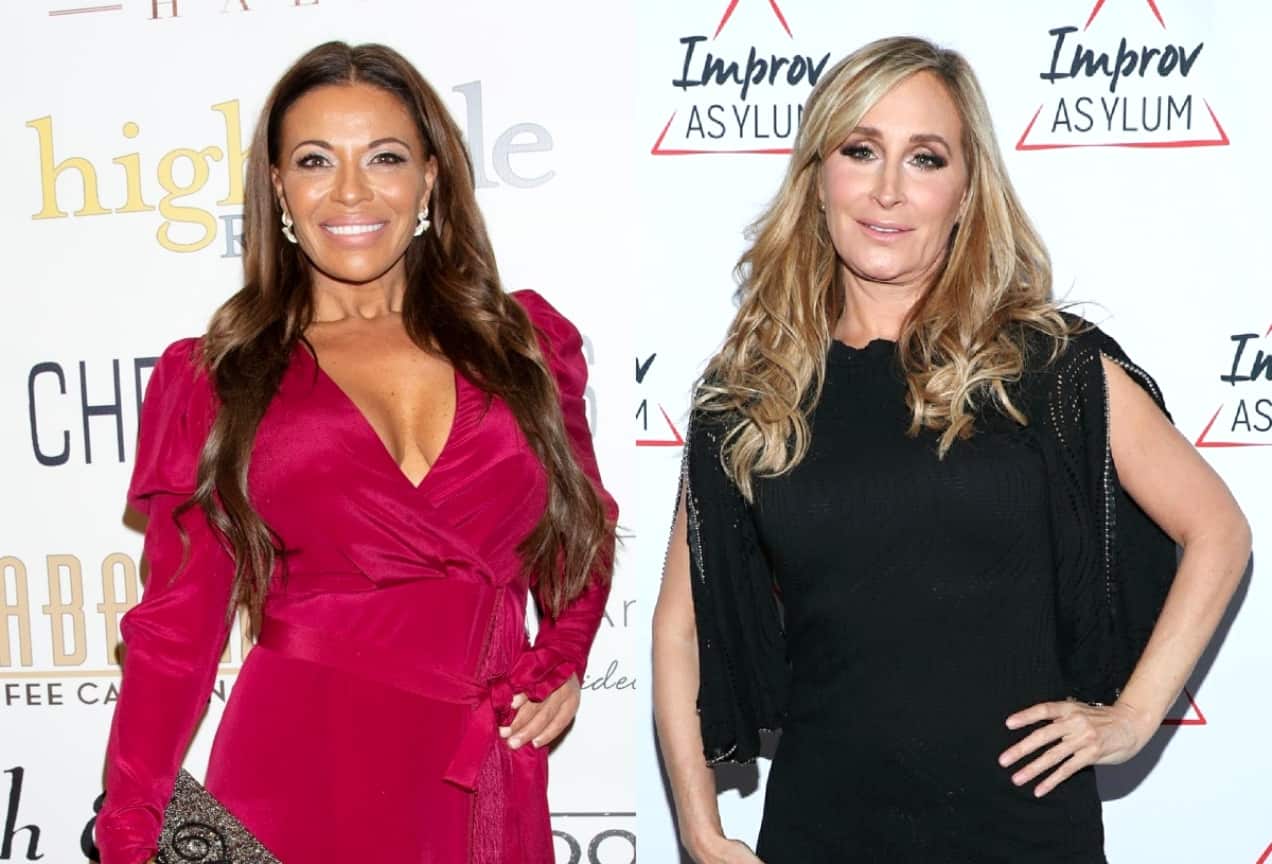 Millions of Americans are under strict quarantine, and it can be a real struggle and downright stressful at times. What is a natural way to seek comfort when you’re bored or stressed? Food! The ladies of The Real Housewives franchise are no exception and are revealing how they’re handling the new phenomenon known as the “Quarantine 15.”

Dolores Catania recently revealed that she has put on exactly 15 pounds while in isolation in her New Jersey home. This weight gain comes after The Real Housewives of New Jersey star lost an impressive 25 pounds just last year. She also discussed the medical issues that make it difficult for her to keep the weight off and how difficult quarantine is for her as a woman who is constantly on the go.

“I gained weight. I have a thyroid issue, so I gain weight very easily if I don’t watch myself [or] if my medication isn’t right, so that was what had happened,” Dolores told the HollywoodLife. “I’m an anxiety eater, and I never, never was a homebody in my life. I sleep very little, even on our cast trips.”

In her interview, she also spoke for her fellow RHONJ co-stars and said that they just “aren’t sleepers.”

“We don’t have a hard time getting up at six o’clock and five o’clock [with] five A.M. wake up calls. We’re up. We’re hustlers; we’re go-getters, and so being in the house for all of us is very trying times,” Dolores confessed.

The mom of two declared that she is going back to the same diet that allowed her to lose 25 pounds in just 45 days. I don’t care who you are — that kind of weight loss in such a short period of time is impressive, to say the least. The diet she relies on is the HCG diet, which is a low-calorie and low-fat diet, along with injections of HCG (human chorionic gonadotropin), and it’s nothing to play around with. Dolores admitted that “it’s a very strict diet.”

“I felt great, but it’s strict [with] no cream in your coffee, no fats, no oils, [and] 700 calories a day,” she explained. “You take injections every day, and if you cheat, like if I eat a cookie, I can gain three pounds overnight. If you cheat on this diet then it’s going to screw you all up.” Yikes!

Meanwhile, across the country and also in isolation, The Real Housewives of New York star, Sonja Morgan, is also discussing her diet. Sonja is currently detoxing in Desert Hot Springs, California at the We Care Spa. In a digital interview with Bravo’s Andy Cohen, the toaster oven lover described her diet.

“No sugar, no white food [and] no gluten. Actually I’m only juicing right now. I’m doing colonics,” she explained. “I’m taking cinnamon, cloves, garlic: everything to kill everything and keep my immunities up. Lots of green juice.”

The feisty reality star is attempting to keep the extra weight off and remain healthy while she is in “quaran-chic,” which is the name she came up with for social distancing. You gotta love Sonja! She also explained that the diet she’s following is great for boosting the immune system as well. In fact, this diet is nothing new for the New York socialite. She revealed that she detoxes after every season of RHONY.

Diet or no diet, these ladies always bring the sexy and we love them for it! We’re glad they’re staying safe and healthy and following the quarantine orders. Their respective states are considered the epicenter of this horrible pandemic.