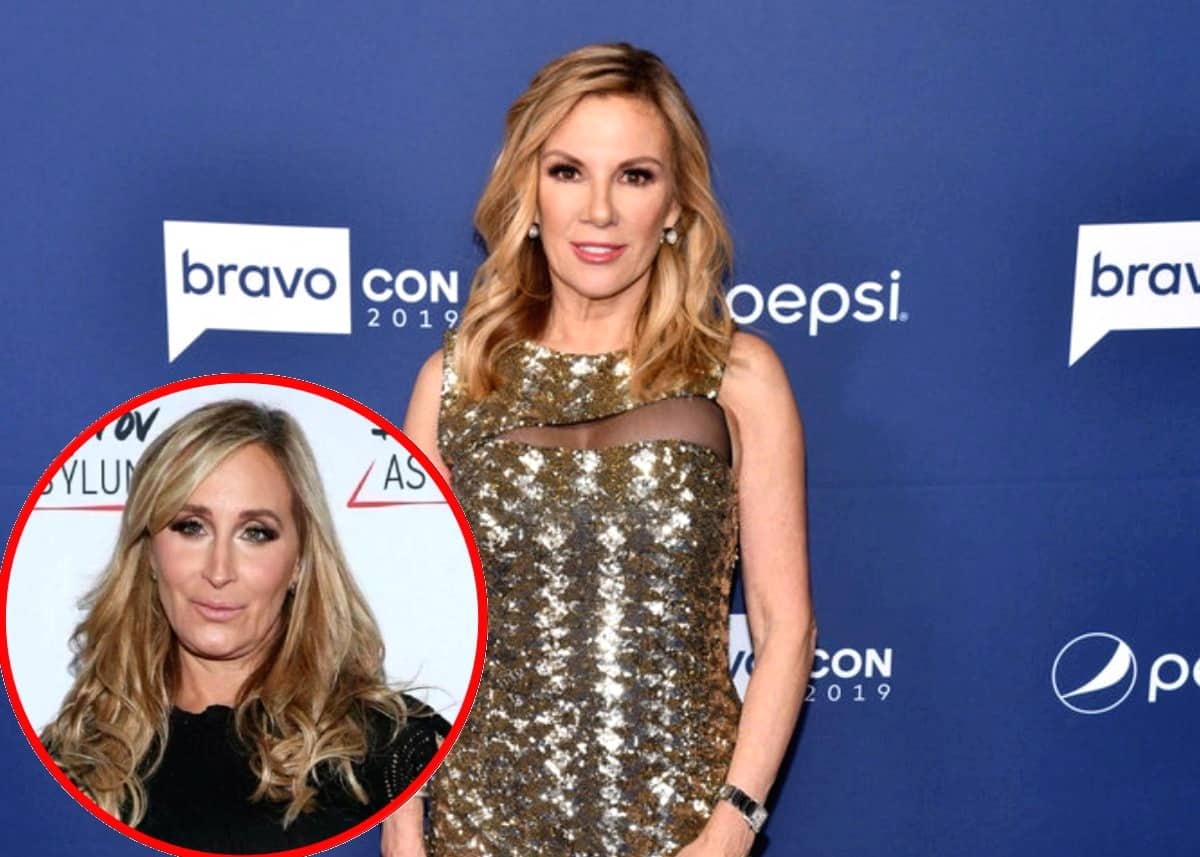 Ramona is never one to bite her tongue when it comes to her castmates. And when her costar Sonja wasn’t present with the rest of the RHONY cast at the three-day-long BravoCon this past weekend, it made many fans wonder if there was something fishy going on. And sure enough, when Ramona was asked about her friendship with Sonja while sitting on a RHONY panel during the event, she admitted her bestie wasn’t doing too well these days.

As fans have learned, Sonja was reportedly kicked out of a piano bar in Philadelphia last weekend after singing her own rendition of “Hello Dolly” and possibly breaking the rules by touching the microphone with her hands. Why she chose to skip out on BravoCon is still unknown.

“We’re doing well, Sonja is in a little bit of a difficult place,” Ramona shared, according to an US Weekly report. “She has a lot of things that she’s overwhelmed with and she’s struggling a little bit. And we’re all there to support her. And I love Sonja, she has a heart of gold. She has a laugh that’s infectious. She’s very special to me.”

Along with Sonja’s absence from the RHONY panel, it was hard not to feel like another piece of the cast was missing — Bethenny. When the Skinny Girl owner announced she wouldn’t be filming for season 12 of the show back in August, many of her castmates were left in shock. So it was no surprise that Ramona threw some shade at the ex-housewife at the first-ever Bravo event.

“RHONY is better and stronger without Bethenny,” Ramona said while sitting on the panel.

While talking to the press following the panel, Ramona went into more detail about how she felt about her costar’s abrupt exit. And when she was asked how Bethenny’s leaving affected the dynamic of the rest of the cast, she had a more positive answer.

“You know what? It’s very interesting. When a castmember leaves it just keeps going, we’re a machine!” the Ageless by Ramona owner said to a rep for Entertainment Tonight. “But I have to say, this year I really feel the show has gone to a deeper level where we as women — maybe it’s because of where we are in our lives, you know, we’re empty-nesters, we’re changing careers, we’re moving, and we have bonded in such a different way this season than ever before.”

Ramona was also asked to speak on how she felt about costar Luann de Lesseps going on Jenny McCarthy‘s podcast and accusing her of being afraid of Bethenny.

“Um, I think I’m the only person who would stand up against Bethenny, all the other girls just kiss her a**,” Ramona quipped.