Home Real Housewives of Beverly Hills News RHOBH’s Dorit Kemsley Calls Teddi Mellencamp “Judgmental” and Talks “Disagreements” With Kyle Richards, Plus She Reveals Sutton Got Off to a Rough Start

RHOBH’s Dorit Kemsley Calls Teddi Mellencamp “Judgmental” and Talks “Disagreements” With Kyle Richards, Plus She Reveals Sutton Got Off to a Rough Start 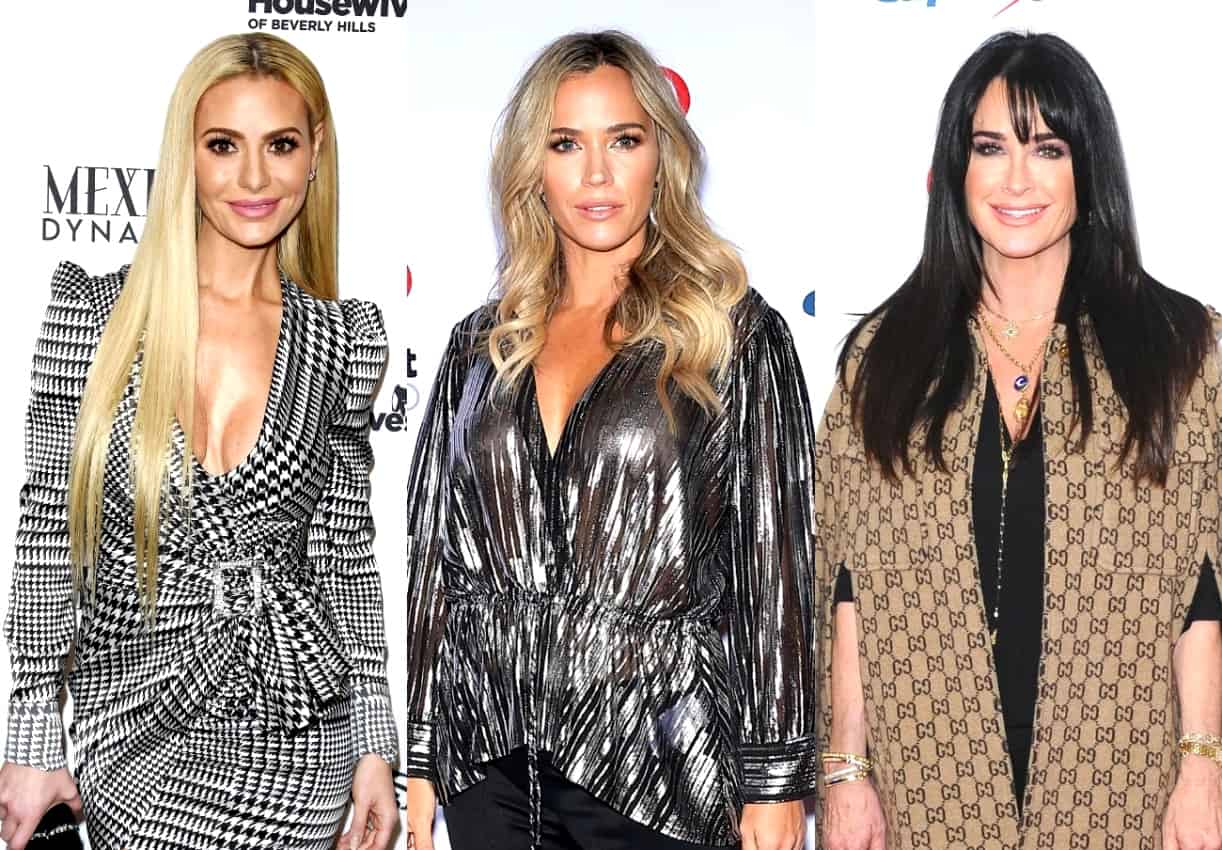 Dorit Kemsley is throwing shade at her Real Housewives of Beverly Hills co-star Teddi Mellencamp, who she is slamming as “judgmental,” as she also dishes on how things were far from perfect between herself and Kyle Richards on the new season.

During a new interview, Dorit opened up about her ups and downs with Kyle before explaining why Sutton Stracke got off to a rough start on the show.

“Kyle and I, we have our moments, for sure,” Dorit admitted to Us Weekly on April 11.

According to Dorit, she and Kyle have plenty of disagreements during the new episodes and can really “go at one another” at times. However, because they have a solid friendship, no dispute between them lasts forever.

“The thing about Kyle and I that I really appreciate in our friendship is that we can have our disagreements and we can go at one another and I think because we’re so comfortable in our friendship, we can get really heated and go at one another, and then… we can find a way to resolve it,” she explained. “It doesn’t ever feel like forever but we have a difference in opinion quite a bit in this season.”

In addition to forming a solid friendship with Kyle, Dorit said she’s also made “really big strides” in her relationship with Teddi. That said, she’s sticking by the comment she made in the RHOBH season 10 trailer about Teddi being “judgmental.”

“Teddi and I, we do tease one another. We’ re very different in personalities, and then we have some similarities. But she can be judgmental,” Dorit shared, adding that Teddi’s judgmental antics weren’t “just when she [was] pregnant.”

“I did call her out on it,” Dorit confirmed. “That’s the fun of the show also, is being able to call people out when you do have a difference of opinion. But also not in a nasty way, per se… Teddi and I, we’re good. We’ll also have our moments and that’s okay, but we’re not front and center with any issues.”

While Dorit and new cast member Garcelle became fast friends, the same can’t be said about Dorit and Sutton, who will be featured in a part-time role during season 10.

“Sutton is very different from Garcelle and for me, it took a second because she’s a little more quirky and things come out of her mouth and you’re just like, ‘Wait a minute. Let me feel this person out a little bit,’” Dorit admitted.

According to Dorit, Sutton came off a bit strong when she first joined the cast last summer.

“I think for Sutton it was not as smooth at the beginning, which was very interesting. She, and I liked this and respected this is about her, is not afraid to give her opinion and I think that’s what’s really important with us ladies. She came in and she had opinions and things came out,” Dorit revealed.

The Real Housewives of Beverly Hills season 10 premieres on Wednesday, April 15, at 8 p.m. on Bravo.