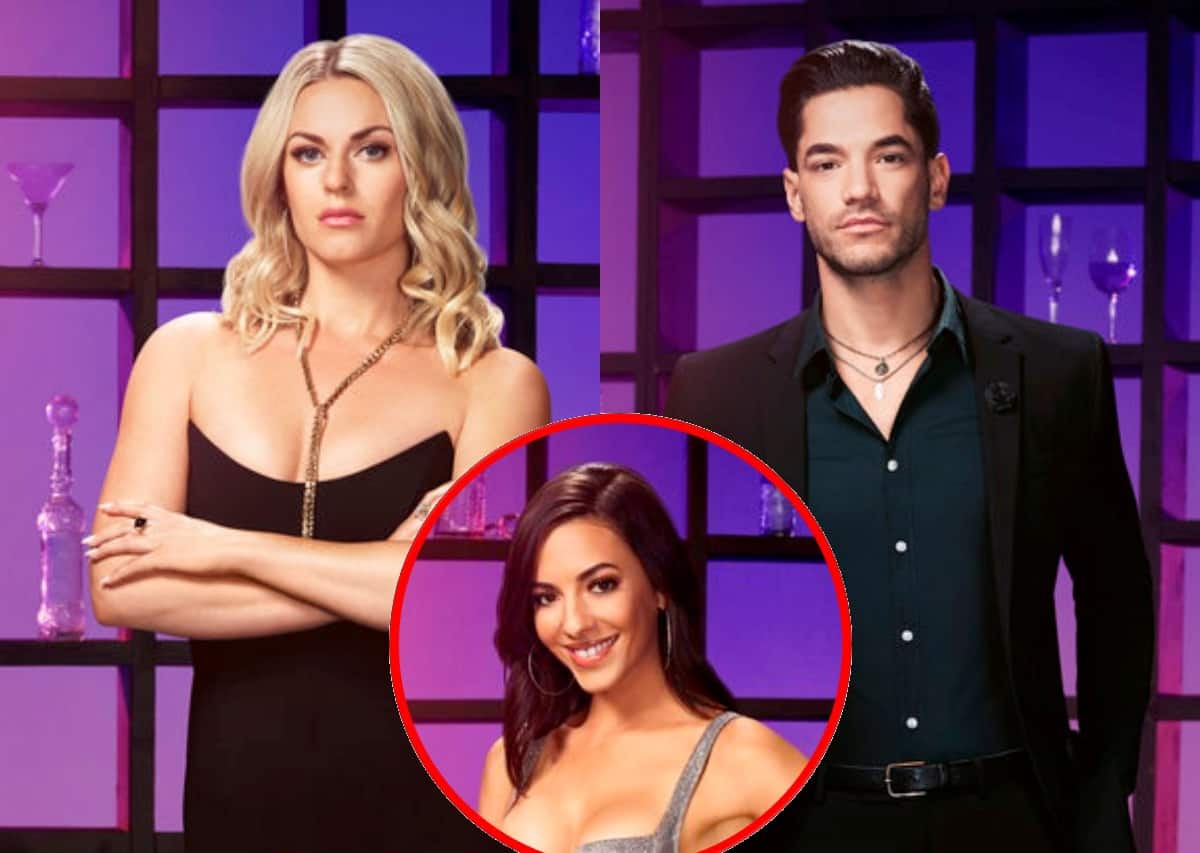 On the April 7 episode at Dayna’s birthday party, she and Brett rose some eyebrows by sharing a cake-smeared kiss, catching the attention of her co-stars in the room and possibly sending a signal to Scheana Shay.

Dayna and Max Boyens had ended their short-lived relationship not too long before her dalliance with Brett, and, as seen in the episode, she obviously delighted in maybe stirring up a little bit of jealousy in her ex.

But does she have any real feelings for Brett?

“Brett is good looking. But I just didn’t know him that well and then we had started out hanging out a little more, it caught my attention,” Dayna said on Bravo’s The Daily Dish podcast in March. “I was like, ‘Huh, maybe I chose wrongly [by pursuing Max first] here in this situation.'”

Looking at Dayna and Brett’s social media accounts, however, there doesn’t seem to be any action going on between them, with Dayna’s showing her hanging out with Pump Rules stars like Ariana Madix, but with Brett nowhere to be found.

Likewise, Brett’s Instagram has more of Lisa Vanderpump, thirst traps, and even Scheana, leaving out any indication he and Dayna are dating (or even hanging out, really).

On the Pump Rules After Show, newbie Charli Burnett also chimed in with some Dayna shade, calling out her going after Max and Brett just to stir up drama.

“I think the only reason why Dayna went after Brett was to get more attention,” Charli stated. “If you have to date two guys that are both friends in the same work environment essentially then you’re some type of thirsty.”