Home Real Housewives of Beverly Hills News Kyle Richards Confirms Sutton Stracke Was Supposed to Be a Full-Time Housewife on RHOBH and Reveals Why She Became a “Friend” Instead, Plus Sutton Shares Her Tagline and Talks Not Being Full-Time

Kyle Richards Confirms Sutton Stracke Was Supposed to Be a Full-Time Housewife on RHOBH and Reveals Why She Became a “Friend” Instead, Plus Sutton Shares Her Tagline and Talks Not Being Full-Time 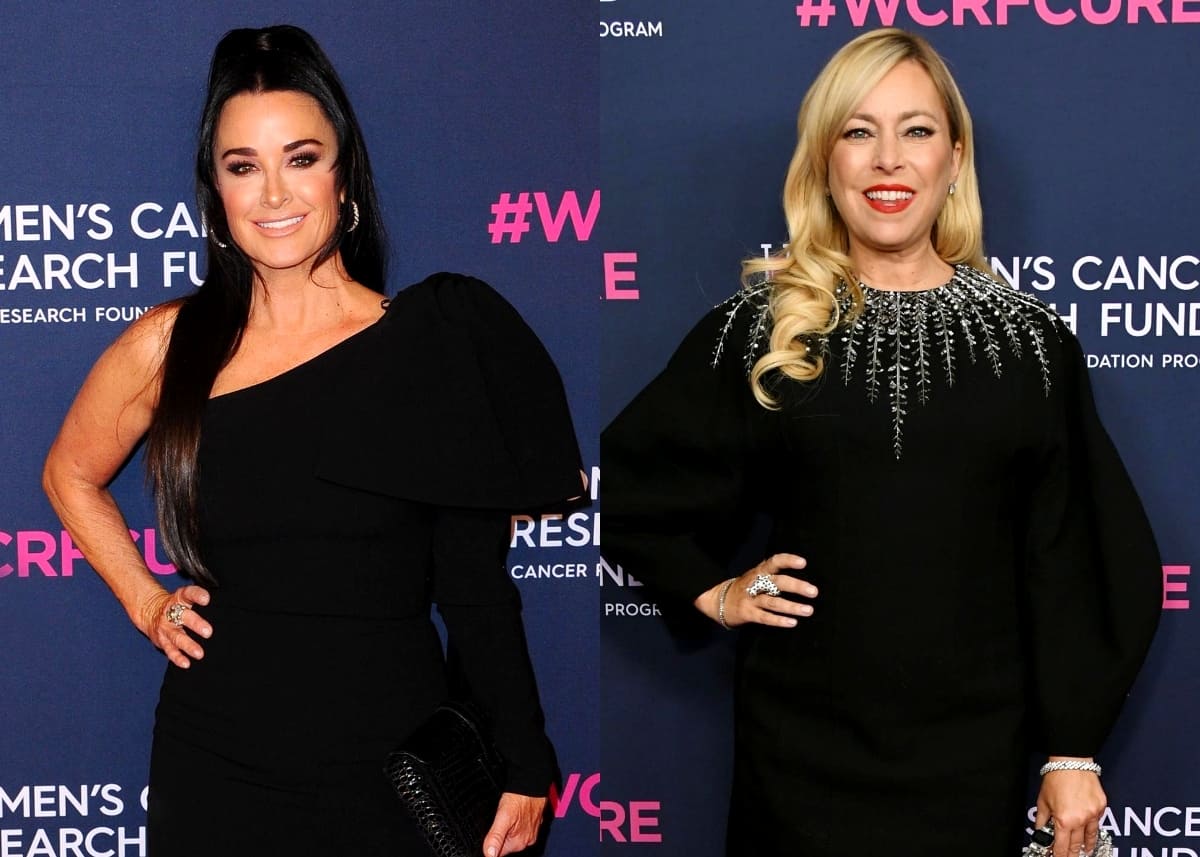 The crown may be heavy, but Sutton Stracke was supposed to wear it well — and be a full-time diamond-holder.

Although the Real Housewives of Beverly Hills newcomer filmed with the cast full time, she was ultimately made into a “friend of” housewife when Bravo dropped the RHOBH season 10 trailer.

According to Us Weekly, RHOBH OG Kyle Richards confirmed this information recently on her Instagram Live. She noted how Sutton was supposed to be a full-time housewife like her fellow newbie Garcelle Beauvais, but she ended up becoming a “friend” of the cast instead because she didn’t film enough of her personal life for the show.

Sutton shared her Dolce & Gabbana fashion adventures with Lisa Rinna on the premiere episode, but more personal aspects of her life — like her three teenage children — won’t be showcased.

“That was kind of one of the parts that kept me from filming as much as I would have liked this season,” she told Us Weekly in a new interview. “I mean I think I was full-time, we filmed a lot, but there was a chunk of my life that was missing. So hopefully next season we can see that.”

Sutton also explained how although we won’t see her family, we will see her current boyfriend, real estate agent Michael Mahoney.

“He’s definitely on the show. Hopefully not too much drama around there, but yeah, he was a sport for sure,” she said.

As far as her tagline, Sutton had a few lasting impressions in mind.

“I always really liked something like, ‘I might be Southern, but don’t ring my bell,’” she shared. “Who knows? Who knows what they would’ve come up with.”

As far as an RHOBH return, would Sutton opt for full-time status in the future?

“The diamond is very heavy to hold, but I would love to [be] a diamond carrying member, for sure,” she said.