How Do Eddie Cibrian and Leann Rimes Feel About Brandi Glanville Calling Them Out on Twitter? Plus Why Brandi Went Public 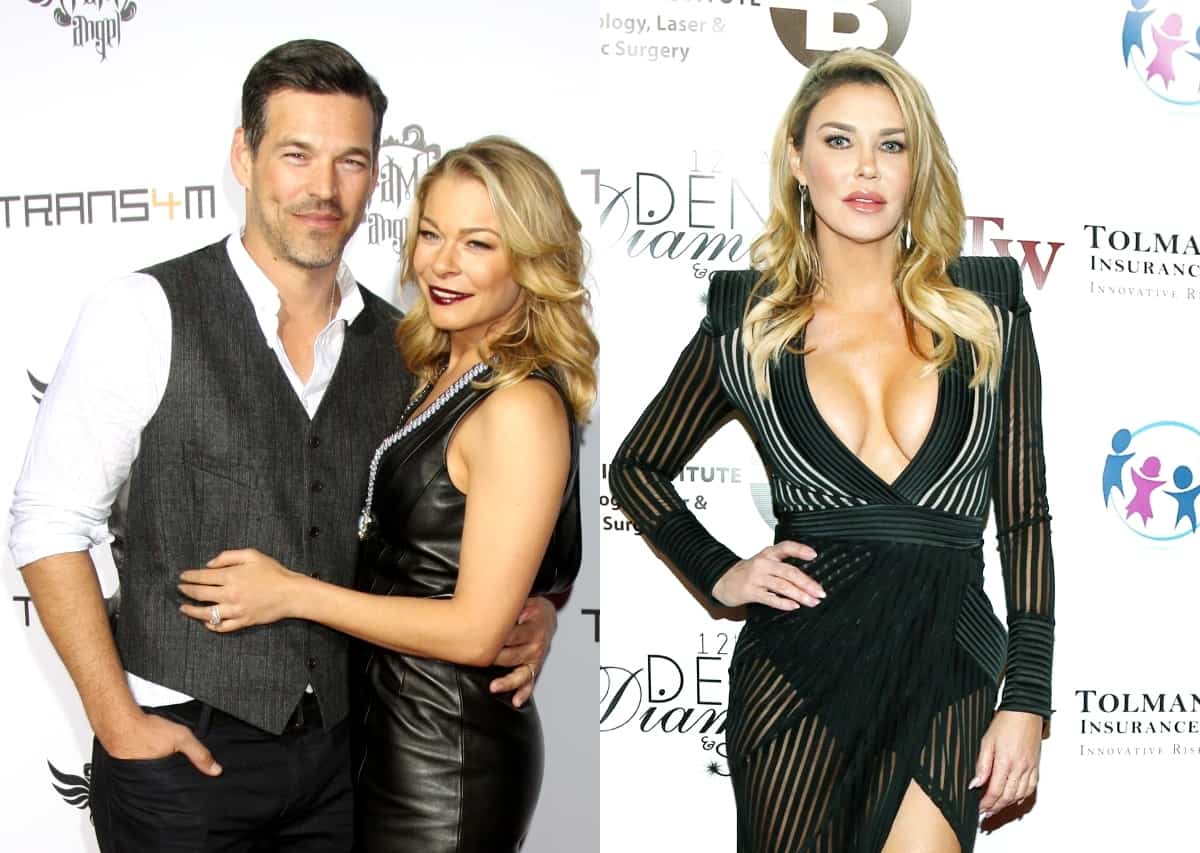 Brandi Glanville took aim at her ex-husband, Eddie Cibrian, and his wife, Leann Rimes, on Twitter last month, and now a report is shedding light on how Eddie and Leann felt about it.

Weeks after the Real Housewives of Beverly Hills cast member reignited her years-long feud with Eddie and Leann by claiming her kids, Mason and Jake, should have been with her when the quarantine began and suggesting they lied to her about her time with them, an insider has revealed Brandi believed going public was her only option.

“Brandi felt she had no choice,” an insider explained to the print issue of OK! Magazine.

According to the report, Brandi felt her two kids should be with her during the quarantine because she lives alone. However, at the time of her online rant, it was Eddie and Leann’s week to have the boys, which Brandi acknowledged during her Twitter rant.

While Brandi had no real right to demand their schedule be changed, she didn’t take kindly to her requests being ignored by Eddie and Leann.

“Brandi’s a very high-strung, extremely sensitive person and she doesn’t like being ignored, so when her calls to them went unanswered, she lashed out,” the source shared.

As for Eddie and Leann, they reportedly feel that Brandi is a total drama queen and have no plans to ever engage in the online feuds she attempts to create on her social media accounts.

“Eddie and Leann think Brandi’s being a drama queen. Plus, they don’t appreciate her turning this into another one of her online spats. They’ll handle matters privately, like adults,” the insider stated.

Just months ago, an insider told Hollywood Life that while Brandi and Eddie’s marriage came to an end over a decade ago, due to Eddie’s affair with Leann, the reality star still struggles to co-parent with the two of them.

“Despite time passing, it’s still really hard what she had to go through, and there’s still a lot of hurt and anger there even though everyone’s moved on,” the source explained. “She didn’t like that they painted this picture of everything is great between them all because it’s not. They still struggle to co-parent and get along.”