Home Real Housewives of Beverly Hills News RHOBH Star Teddi Mellencamp Feuds with Dorit Kemsley on Twitter, Throws Shade at Sutton Stracke for “Cheap Shots” and Explains What Comment Got to Her the Most

RHOBH Star Teddi Mellencamp Feuds with Dorit Kemsley on Twitter, Throws Shade at Sutton Stracke for “Cheap Shots” and Explains What Comment Got to Her the Most 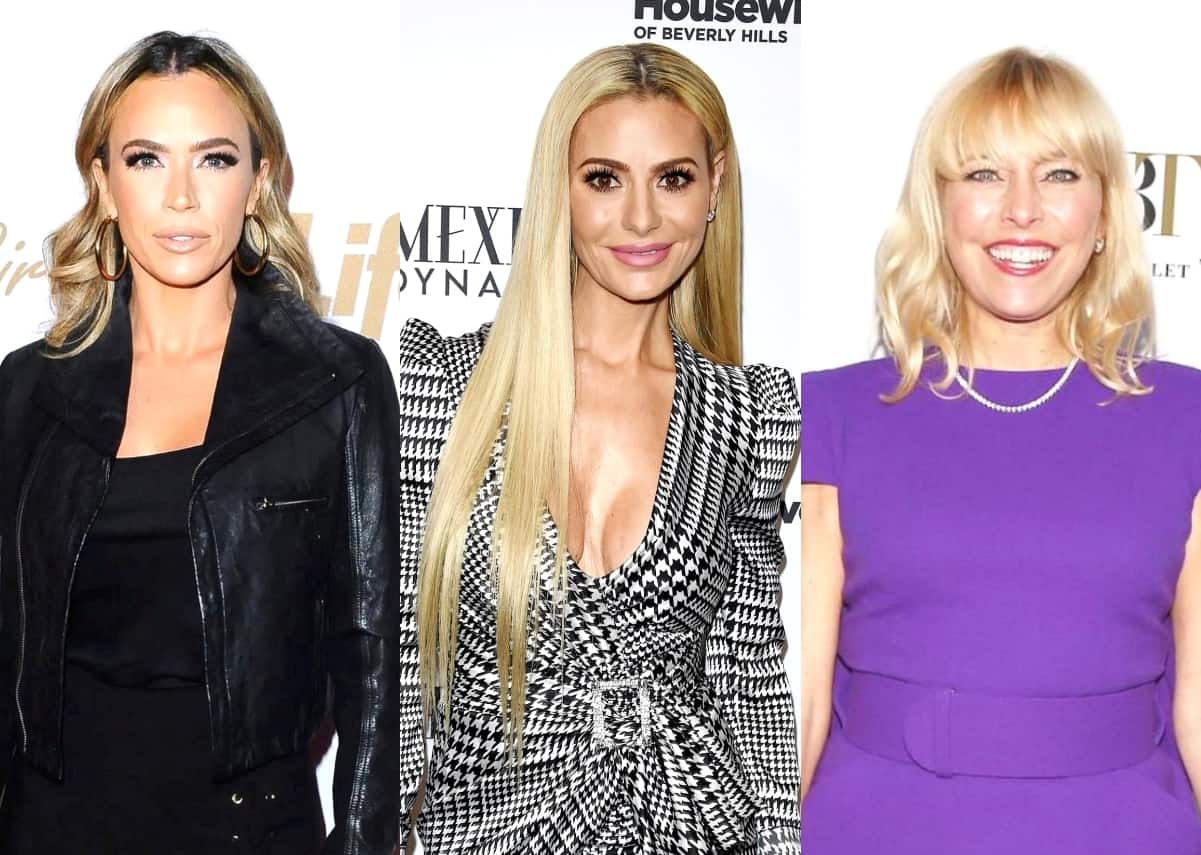 The Real Housewives of Beverly Hills star Teddi Mellencamp is firing back at her co-stars’ subtle shade, proving she’s not as “boring” as they say.

After last night’s episode in which she took a major hit at Kyle Richards‘ dinner party and ended up in tears, Teddi took to Twitter to clap back at both Dorit Kemsley and Sutton Stracke for what they threw at her during the episode.

When the accountability coach — known for her emphasis on being prompt — arrived first to Kyle’s dinner party, Dorit quipped about her “moving in with Kyle” — not the first time she’s shaded Teddi and Kyle’s friendship.

“No Dorit I didn’t move into Kyle’s this is just what being on time is like,” Teddi tweeted, defending herself against Dorit’s comment.

Dorit then clapped back by writing, “Says the woman who was ‘on time’???? #so2yearsago ???? #rhobh,” taking a jab at Teddi’s implication she was late when the two women arrived almost at the same time.

“Only one of us moved in right next door ????” Teddi responded, implying that Dorit’s proximity to Kyle was the only reason for her punctuality.

As for Sutton’s brutal commentary at the “dinner party from hell,” Teddi explained why she got so worked up and even brought a read of her own.

“‘And then pregnant God help us…’ is what got to me, ” Teddi explained, referring to Sutton explaining how she thought Teddi was going to be “a little boring” and then thinking her being pregnant would only make it worse. “I’ve been very open about my fertility struggles. So for somebody to come in with her ready to wear and put negativity on it really upset me.”

Teddi then tweeted, “If I broke down and cried every time I was called boring, Dove would need to swaddle ME five times a day,” trying to make light of the situation.

“For someone who wears couture she really takes some cheap shots,” Teddi wrote, taking a shot of her own at Sutton.