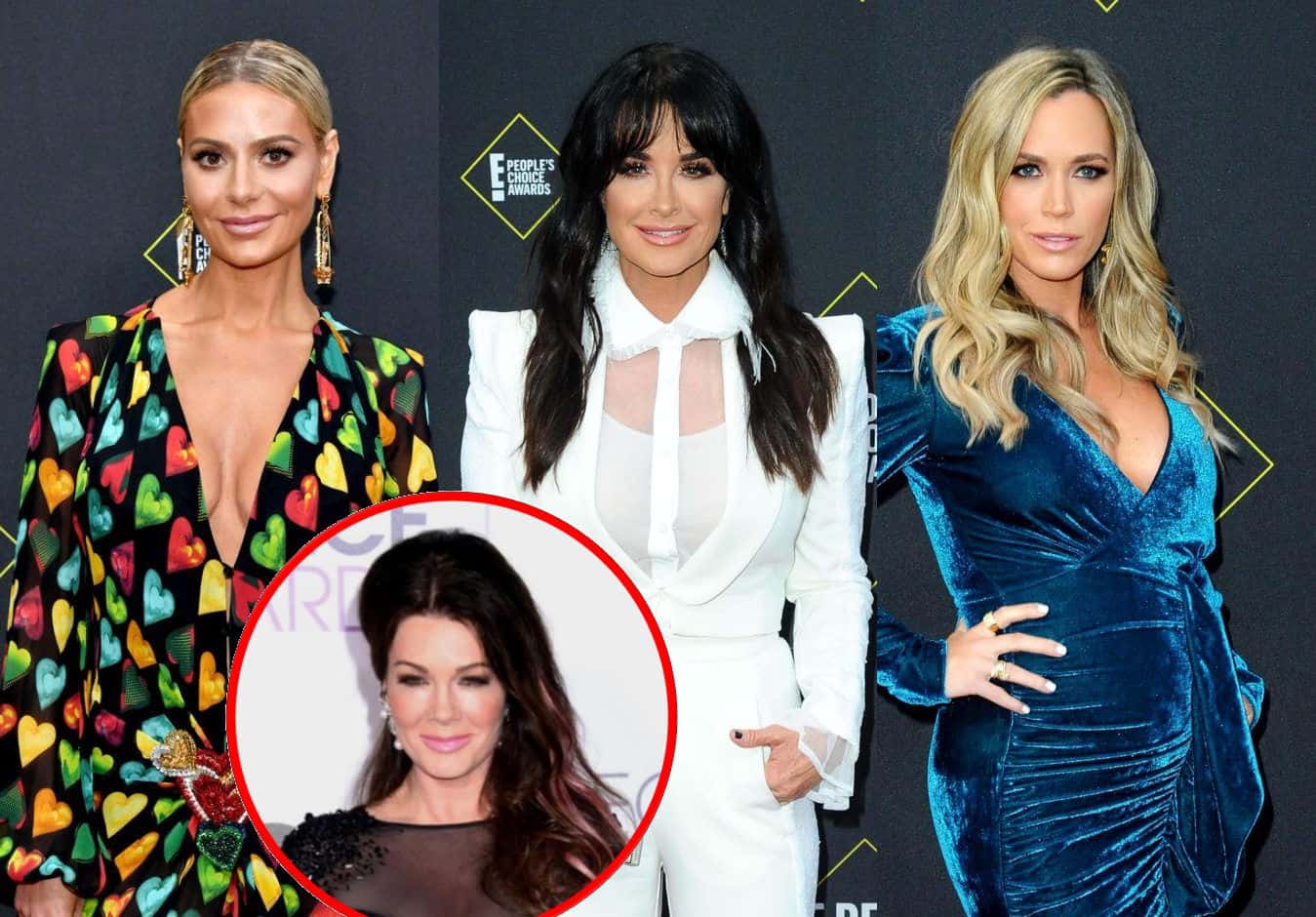 Dorit Kemsley was more herself during production on the 10th season of The Real Housewives of Beverly Hills.

During a new interview, Dorit opened up about filming the show without Lisa Vanderpump before throwing some shade at Kyle Richards and Teddi Mellencamp‘s friendship, admitting to considering quitting, and sharing the latest news regarding their upcoming reunion taping.

“It feels like I’ve come into my own. There isn’t this pressure or responsibility to be aligned with someone just because you have to be aligned with them. You have freedom to have an opinion and have choices,” Dorit told the hosts of E!’s The Daily Pop on Friday about feeling less pressure following Lisa’s exit.

According to Dorit, she has great relationships with all of the women on the show but often finds herself getting annoyed by Kyle and Teddi and the way in which they always take each other’s side “no matter what.”

“I definitely poke fun at it a lot this season. Kyle doesn’t like it too much but that’s what I see,” Dorit explained. “They have a great friendship and they’ve got an unbreakable bond.”

Speaking of the upcoming episodes, Dorit admitted that RHOBH season 10 was “very shocking” and “surprising” with lots of “intense moments.

“And then there’s a moment that [is] like a big bomb. It’s definitely going to be good TV, that’s for sure,” she teased.

While Dorit is looking forward to seeing how season 10 plays out, she admitted she considers quitting “a thousand times every single year.”

“I’ve been in the situation numerous times throughout the last four seasons where I felt like, ‘This is too much for me. I’m not made for this. I shouldn’t be doing it.’ You know, my husband was the one who encouraged me to do it. When it first came to me, I thought, ‘I don’t think I could do this. I don’t think it’s for me.’ But inevitably, after every season, I’m told, ‘You’re made for this!'” she shared.

Dorit and her husband, Paul “PK” Kemsley, were brought to the show in 2016 during season seven as friends of Lisa. However, after a falling out during season nine over “Puppy Gate,” Dorit suggested PK is no longer a fan of their former co-star.

Although Dorit and her co-stars aren’t scheduled to film their reunion for season 10 in the coming weeks, Dorit addressed the possibility of filming a virtual reunion special, like the cast of The Real Housewives of Atlanta, before confirming she’s been told that the RHOBH reunion will be filmed “live in studio.”

“It would definitely be easier. I feel bad for those that have to do that because I feel like you don’t get the experience. Besides, when we’re all in a room, it’s far more intense. And you can’t leave that couch,” she explained.

Dorit also revealed that she and her RHOBH co-stars recently donated 8,000 masks to a hospital in need.

“It was actually Kyle who reached out to us and said, ‘We’re going to do this, would you like to be involved?’ It was the least we could do, really,” she shared.

The Real Housewives of Beverly Hills season 10 premieres on Wednesday, April 15 at 9 p.m. on Bravo.