RHOBH Star Denise Richards Claps Back at Erika Jayne’s Shade About Husband Aaron Phypers, Says They Didn’t Watch the Awkward Dinner Party Episode, Do They Have Any Regrets?

by Lindsay Cronin May 6, 2020 86 comments
ShareTweetWhatsappPinterestRedditTumblrMailFlipboard 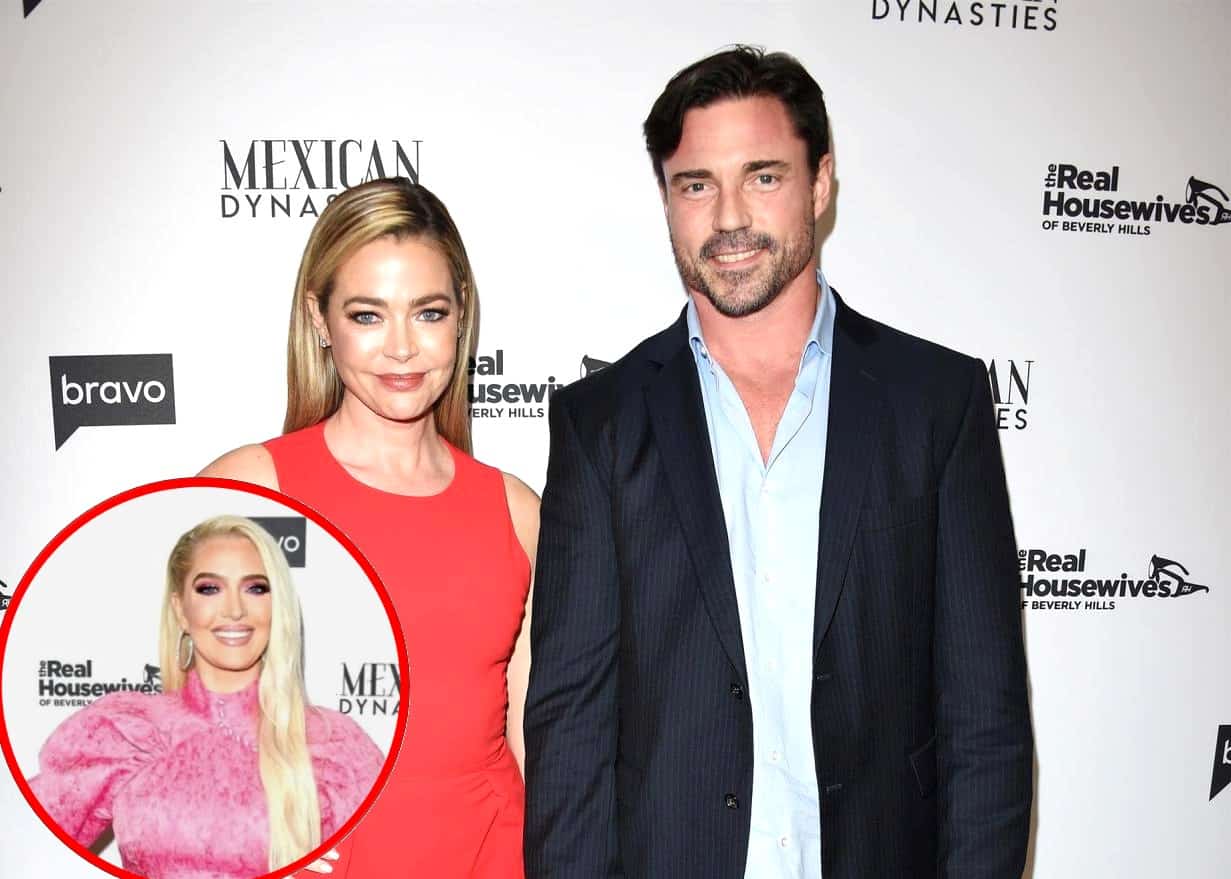 Denise Richards and her husband, Aaron Phypers, haven’t yet watched last week’s episode of The Real Housewives of Beverly Hills, which featured a very awkward dinner party at the home of Kyle Richards.

Months after filming the event, Denise said she and Aaron are planning to “get all caught up” on the new episodes of season 10 after falling behind before admitting that the two of them have no regrets about their conversations with their co-stars and reacting to the remarks Erika Jayne made in regard to Aaron’s career in alternative medicine.

“I’m a little behind watching the episodes. I actually haven’t seen that episode yet, but I did hear [about it],” Richards told Us Weekly magazine

During the April 29 episode of RHOBH, Kyle questioned Aaron about what he does for a living. However, rather than give an answer his castmates would understand, Aaron shared an explanation that seemed to confuse everyone as he spoke of a nuclear explosion and different frequencies.

Then, after Denise proclaimed that they were being “followed” due to Aaron’s career, the cast became further perplexed.

“We don’t regret anything. And I think during the dinner, you have to also know your audience, and during the dinner we realized, ‘OK, this isn’t the audience to tell this to, so we’re going to wrap up the conversation,’” Denise explained of the comments they made about Aaron’s job. “We are ourselves and that’s who we want to be. We don’t want to try and be something we’re not, and it’s part of what he does. So I think it’s OK to talk about it. Like I said, you have to know your audience too and that wasn’t the audience at the dinner table.”

In her cast confessional, Erika seemingly poked fun at Aaron’s over-explanation as she looked back on his comments, joking that he isn’t a doctor, nor does he play one on television.