Home Vanderpump Rules Vanderpump Rules Stars Question if Tom Sandoval and Ariana Madix’s Relationship is Genuine, Katie Claims They “Put On” for Cameras as Lala Suggests They “Show Zero Affection” to Each Other Off Show

Vanderpump Rules Stars Question if Tom Sandoval and Ariana Madix’s Relationship is Genuine, Katie Claims They “Put On” for Cameras as Lala Suggests They “Show Zero Affection” to Each Other Off Show

by Lindsay Cronin May 11, 2020 66 comments
ShareTweetWhatsappPinterestRedditTumblrMailFlipboard 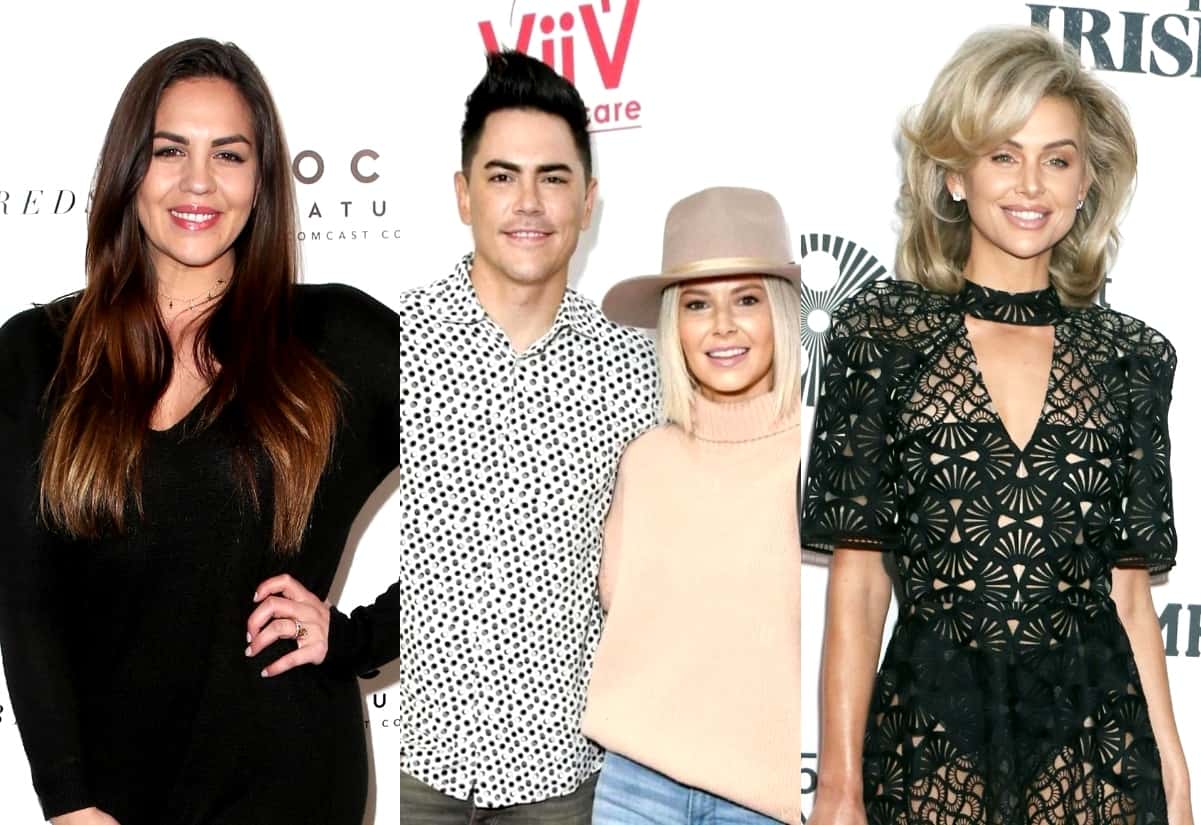 Jax Taylor was seen questioning Tom Sandoval about how he was doing in his relationship with Ariana Madix during Tuesday night’s episode of Vanderpump Rules, and while Sandoval insisted that he and Ariana were “better than ever” on the show, the rest of the cast seems to believe Jax may be onto something with his suspicions.

During a taping of the Pump Rules: After Show, Lala Kent, Katie Maloney, and Stassi Schroeder admitted to feeling a bit confused by the dynamic between Sandoval and Ariana as Sandoval clapped back at Jax by saying he’s “not a safe place” and explaining why he wouldn’t open up to him even if something was up with him and Ariana.

“They just like feed off of each other’s negative energy, which is so weird,” Lala said of Sandoval and Ariana. “When I’m with them, they show zero affection to each other and they also don’t really click like that. I don’t see them having these conversations where they’re like agreeing on things. Most of the time she’s telling him he’s annoying.”

“I’ve never seen them kiss! Ever!” she continued.

According to Stassi, Sandoval and Ariana act lovey-dovey with one another on Pump Rules, but off-screen, she sees no such behavior from the couple.

“I’ve never seen that … where have I been that I have not ever witnessed this sh*t before?” she wondered.

“I haven’t either,” Lala said.

Even Katie, who spends a lot of time with Sandoval and Ariana, said their behavior on the show “feels a little put on” and “a little razzle-dazzley.”

During his own segment of the Pump Rules: After Show, Sandoval said that Jax will never be someone he confides in because he is a gossiper who exaggerates about the things he’s told.

“He’s not a safe place,” Sandoval shared. “I feel like sometimes Jax will do these things because he feels that it’s boring or like that he’s bored. Or he gets annoyed that somebody is fine and doesn’t have problems all the time. It’s bullsh*t.”