Home Real Housewives of Orange County News Vicki Gunvalson On Why it Will be “Hard” for Her to Watch RHOC, Admits Fame Was a “Natural High,” Plus She Shades Ramona Singer for Thinking RHONY Put Everything “On the Map”

Vicki Gunvalson On Why it Will be “Hard” for Her to Watch RHOC, Admits Fame Was a “Natural High,” Plus She Shades Ramona Singer for Thinking RHONY Put Everything “On the Map”

by Cynthia Cook May 19, 2020 140 comments
ShareTweetWhatsappPinterestRedditTumblrMailFlipboard 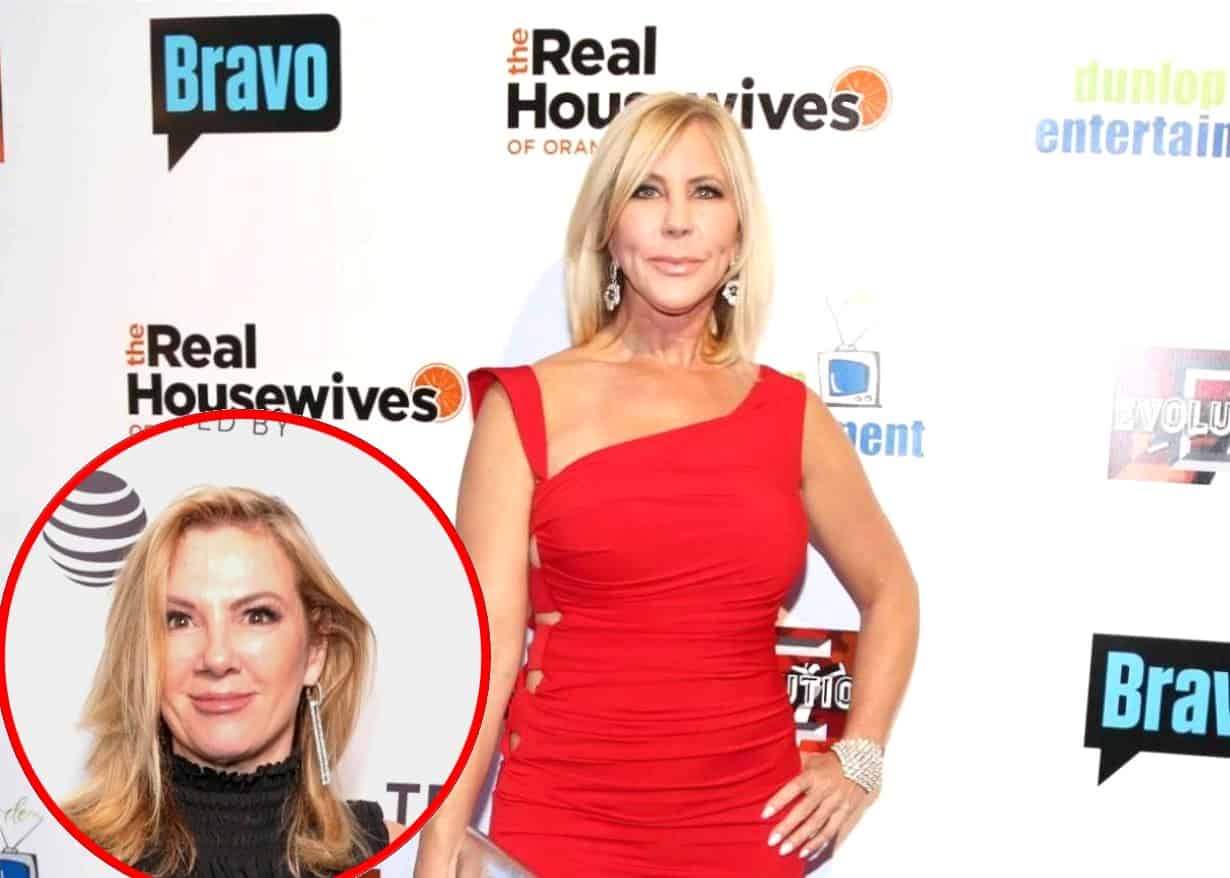 Vicki Gunvalson admits her feelings have been all over the place since her departure from The Real Housewives of Orange County.

The series OG revealed in a new interview that she — and her former co-star and BFF Tamra Judge — have been experiencing a lot of sadness since they announced their leaving the franchise.

“[For the] first year in 15 years not having anybody in my home every day for four months … it’s gonna be hard for me to watch it,” Vicki shared on her Whoop it Up With Vicki podcast. “I have a sense of ownership on it and it’s crazy that I do, but I do, you know? So I just feel like, ‘What happened?'”

Vicki revealed that she would “cry every day” while cast as a housewife, but that doing press around the show and having her taste of fame was “like a natural high” she’s now missing.

“It was just part of my DNA. I loved doing it. So then I got bitter and then I went back to being fortunate that I had that opportunity. And now I’m kind of in the middle of the road. I’m not sad and I’m not happy,” she said.

She also noted how both she and Tamra are still in a kind of denial around their leaving the show that had been such a central part of their lives.

“Tamra and I will talk every now and then … usually we talk every day and she’ll say, ‘Fix this!’ and I’ll say, ‘Okay I’ll get right on it!’ I don’t know how to fix this — it’s done. And they made a decision and I have to respect it and I had a good ride,” she stated. “And every now and then I’ll talk to Shari [Levine] or Andy Cohen and they’re like, ‘You’re the OG and you rode it for 14 years, the longest ever’ and I’m like … I know but I didn’t want it to end unless it all ended, you know?”

Vicki explained how “weird” it’s going to be when she’s exempt from the cast, and she is wondering about her cultural relevance moving forward.

The Coto Insurance owner also went on to condemn other Housewives who try to take the credit for what she started as the first housewife who’s been around since the beginning. She cited The Real Housewives of New York City‘s Ramona Singer specifically.

The two got into it in 2018 when Ramona claimed that RHONY was truly the series that put everything “on the map” — and that definitely got under Vicki’s skin.

“To hear Ramona think New York put ’em on the map and she referenced Page Six and all the New York tabloids and magazines … it wasn’t that we weren’t on it, but because she was in it, right?” she remarked. “On season three … they were gonna be ‘Manhattan Mamas’ and then they changed it to ‘Housewives of New York.’ But I can see from her perspective that she was all of a sudden hitting the headlines, you know? […] Because she probably wasn’t one and two of us in the headlines.”

Vicki added how Ramona “did not apologize” for her remarks and apparently might still believe in RHONY as the defining Housewives franchise.

“She really feels like … some will let her believe it. But the truth is the truth, right? If we weren’t on there first I don’t think that they’d be on,” Vicki said. “But that’s just because I think that, right? I don’t know if that’s right or wrong but I think that.”