by Cynthia Cook May 25, 2020 49 comments
ShareTweetWhatsappPinterestRedditTumblrMailFlipboard 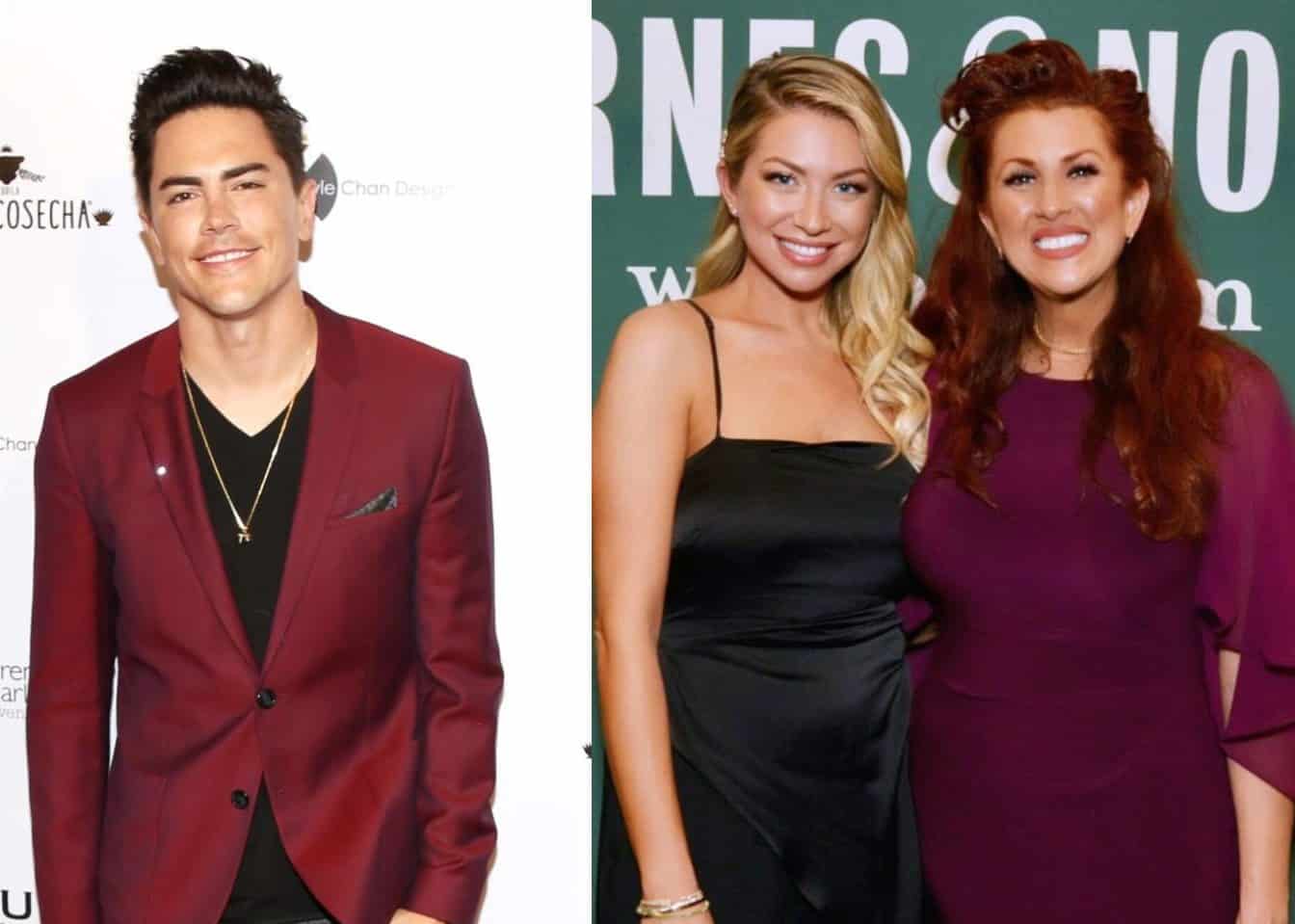 Vanderpump Rules star Tom Sandoval prided himself on being the “best best man” at [former] friend Jax Taylor‘s wedding to Brittany Cartwright. Not everyone, apparently, thought of him as such.

Earlier this year, Stassi Schroeder‘s mother, Dayna Schroeder took to social media to reveal how she had an unpleasant interaction with Tom at the wedding, noting how he seemed to have purposefully refused to give her an umbrella.

In a comment on a Pump Rules meme praising Tom’s “best best man” behavior, Dayna threw some shade Tom’s way, noting how he was not the “best” man he claimed himself to be back in March.

“[Tom] refused to give me an umbrella, even when my wonderful future son in law asked Tom to give me one!” she wrote in the comment. “He looked right at us and gave it to someone else over and over again, on purpose with that smirk little smile of his. (Don’t like the daughter… take it out on her mother) not nice.”

Tom then responded to the critique from Dayna in a recent episode of Watch What Happens Live, defending himself against the accusation. He noted how he was grabbing every umbrella and fan he could find. He tried to evenly disperse them among the crowd, and he wasn’t intentionally trying to avoid Dayna.

“I was just walking around — No, if she took it that way, I didn’t plan it that way,” he explained.

“I don’t think anybody else remembered that,” Ariana added.

On #WWHL @ Home, @TomSandoval1 addressed the claim that he was rude to Stassi's mom at Jax & Brittany's wedding: pic.twitter.com/BDcXSwCA5c