by Lindsay Cronin May 26, 2020 66 comments
ShareTweetWhatsappPinterestRedditTumblrMailFlipboard 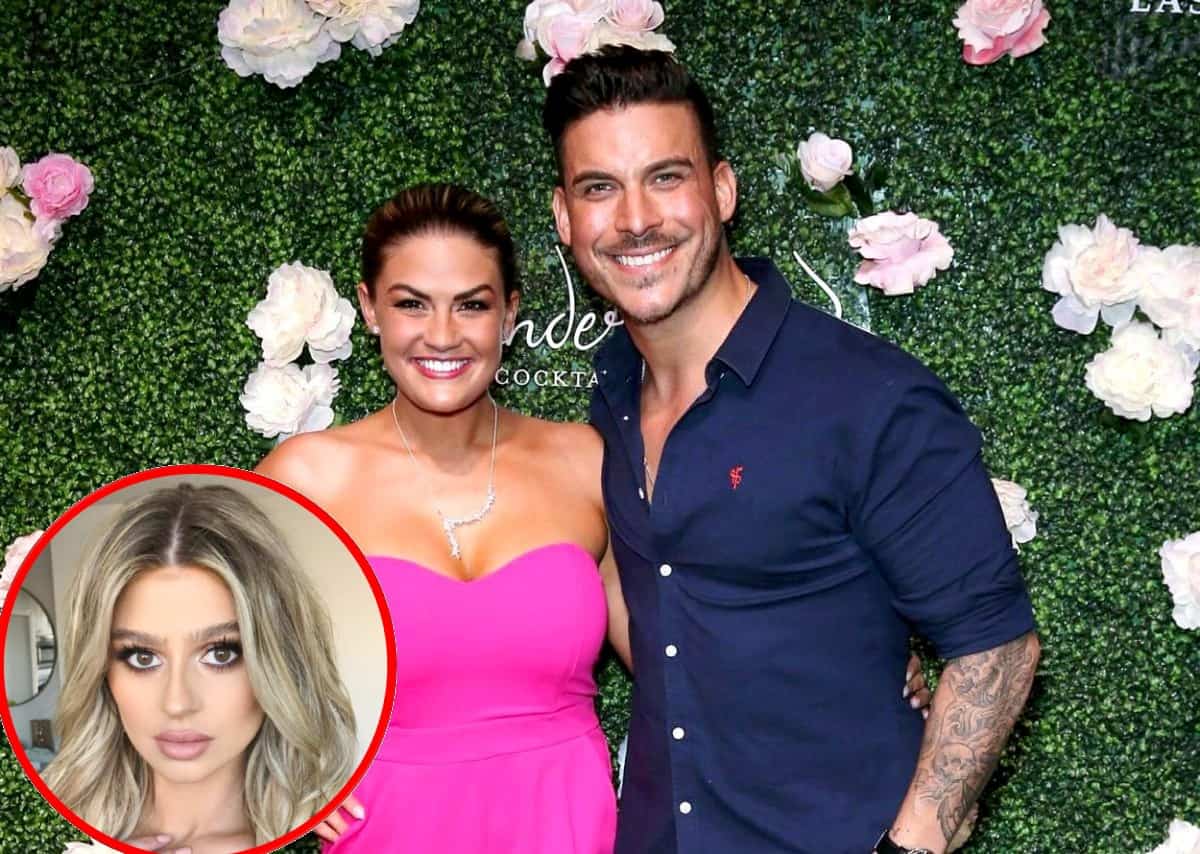 The drama surrounding the chatty Vanderpump Rules editor who admitted to intentionally looking for ways to embarrass Scheana Shay on the series isn’t over yet.

In a recent post shared online, Bri Dellinger reportedly confirmed she had been fired following backlash for her comments about Scheana Shay. But before her apparent firing, she addressed more topics, including her “very intense” encounter with Jax Taylor, his and Brittany Cartwright‘s future on the series, her thoughts on Raquel Leviss, and the potentially upcoming Pump Rules spinoff.

“[Jax] is very hot and cold,” Bri said earlier this month during a now deleted episode of the Twisted Plot Podcast. “He hasn’t been super friendly to me. And then at one point, he was like, ‘I’m going to buy you a tequila shot. Please don’t make my girlfriend cry with the way you edit her.’ And it was very intense.”

“People were up and down on the show and they were really dreading the wedding and now the wedding has passed and we are in the aftermath of Jax and Brittany no longer being the center of attention, which people seem to be enjoying. In fact, we had an episode without them in it all together and we’re just sort of testing it out, seeing how we like this show without a couple of these cast members.”

When it comes to Raquel, Bri had much kinder words about the girlfriend of James Kennedy.

“I truly believe she is innocent and wonderful. If there’s anything bad in Raquel, I’ve never seen it in the footage,” she admitted. “I think she’s everything everyone thought Brittany was, as far as innocent and sweet. I think Raquel is so much more of all that.”

Bri, who previously stated that Stassi Schroeder and Beau Clark were being given a “special heroes” edit on the show, also teased a possible Vanderpump Rules spinoff.

Also during the episode, Bri took aim at Katie Maloney.

“She’s been living the quarantine life for the past year. I would love to see her have more purpose and direction because I think she’s an interesting, thoughtful person.”

Following backlash from Bri’s two podcast interviews, which included this one, Bri reportedly confirmed she had lost her job as an editor for Pump Rules. She blamed “critics” who had called for her firing in a deleted online post.

#PumpRules Editor Bri Dellinger Fired@Scheana Doesn’t seem right to say congratulations when someone is fired, but her actions had consequences. Hope this helps with your edits. Your fans have your back #PumpRules #JusticeForScheanaIsServed pic.twitter.com/VVe9nOSjKY