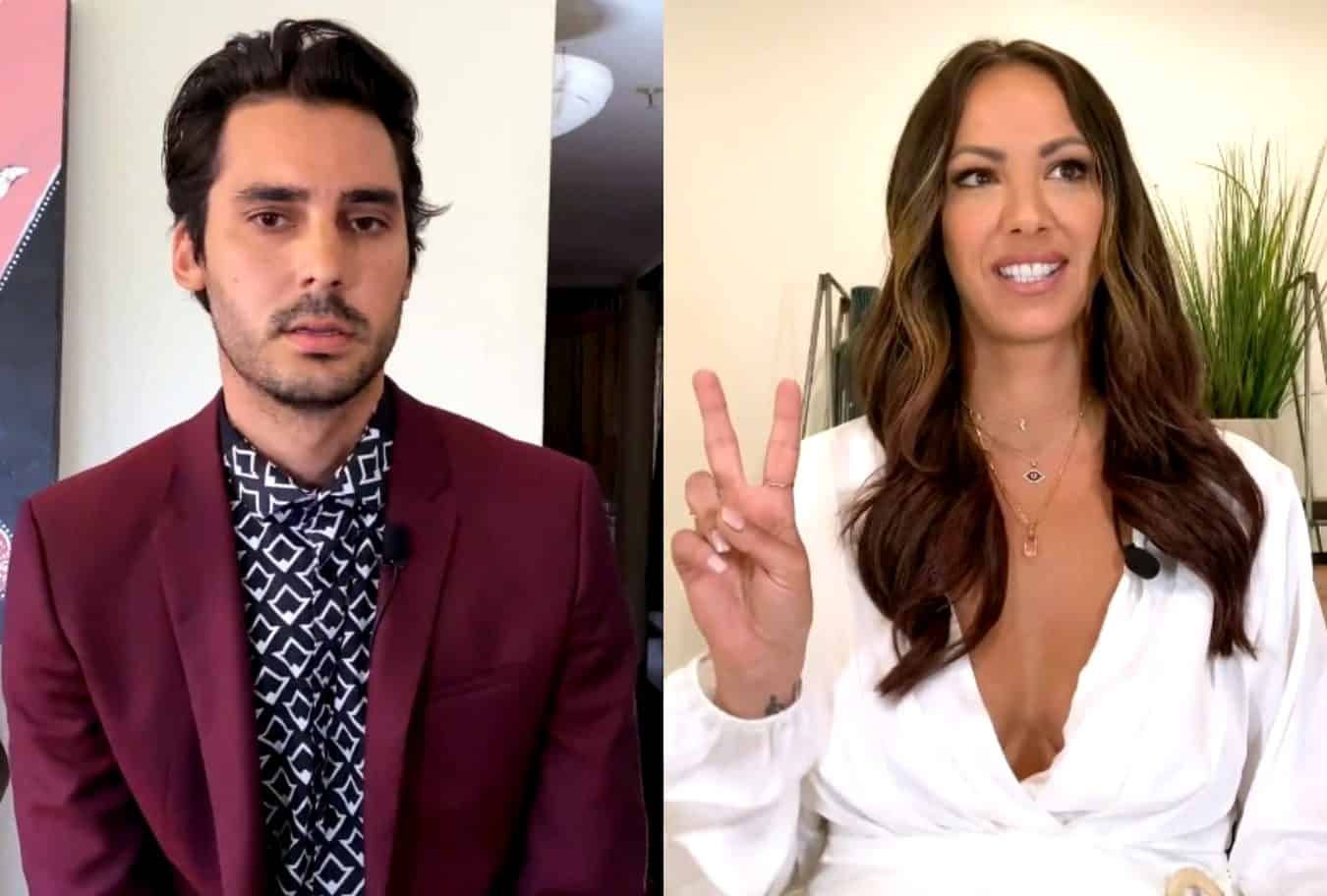 Andy Cohen greets this too-big of a video conference and first checks in on LVP and her businesses during the COVID-19 isolation. He then pivots to Stassi and Beau, who talk about their new house  — isn’t it telling that Stassi would say the best thing about the place is all of the space for them to be separated??

When Andy gets to Jax and Brittany, everyone’s least favorite couple, Andy goes right in: “Jax, I just want to thank you for allowing us all to appear on your show.” Amazing. Jax claims he doesn’t even remember saying that to LVP  (but WE WILL NEVER LET HIM FORGET) in his fit of anger. Andy suggests renaming the show “Jax and Friends,” which is hilarious on many levels considering Jax is the biggest villain on the show.

Sandoval’s new facial hair is disturbing. As is Dayna’s neon dress and slipper combo. Scheana doesn’t seem too p*ssed with the way she’s been edited when Andy talks about her babe of a boyfriend. HOLD THE PHONE. Charli finally tried pasta…from Olive Garden. Ooph. I guess if you set the bar low you won’t be disappointed?

The first issue Andy puts on the table is the Stassi book signing event. Sandoval, the “selfish-egotistical piece of sh*t,” blew up on Stassi at the event. Sandoval claims he was in a bad space and super stressed. Sounds like a Jax cop-out to me. When asked if Sandoval’s rage stemmed from jealousy over Stassi’s success, Sandoval adamantly denies this and apologizes to Stassi for his actions.

Max. That dog. I do not get the allure of him. He talks of his relationship with Scheana. And of the Apple Watch she gave him…which he still wears, presumably while hooking up with other women. Max denies that he ever called his relationship with Dayna exclusive. The problem is, the tapes don’t lie and Max did say that to Dayna.

Andy asks Max if he has hooked up with anyone else on the screen (all 246 people) and he drops a bombshell. In fact, he did. Max hooked up with Kristen. Even better, Kristen admits to this and raises two fingers to indicate it happened TWICE! WHAAAAT. I would say I am surprised by this news, but then again, she hooks up with anyone with a pulse. Everyone’s jaw hit the floor upon hearing that news — didn’t seem like anyone knew that tidbit of information until tonight. 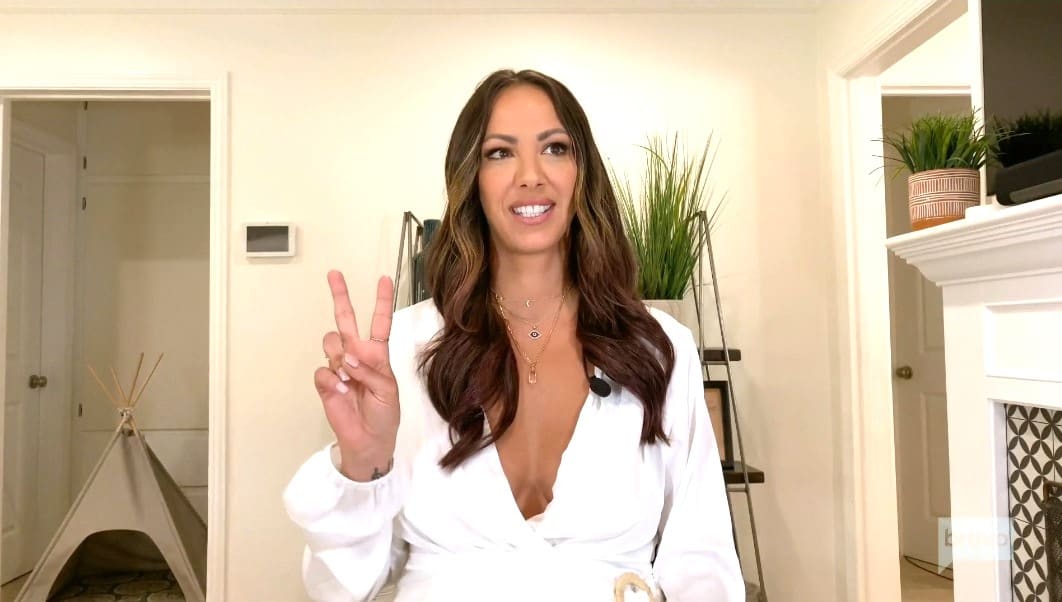 Dayna looks like she just saw a ghost and Kristen states she didn’t know Max was “dating” Dayna. Kristen further states that she was single and Max was single, so it happened. What is with these people and sloppy seconds?! Kristen is a shade-ball. I wouldn’t trust her around my man. I mean, she slept with Jax when he dated Stassi. Stassi tells Kristen that it is so “on brand” of her to do something like this. (Side note: Why is Kristen calling Stassi by her last name? Hilarious.)

Ugh. The newbies. Danica and her DUI. Brett and his love of LVP. Charli and her lack of pasta. Dayna and her psycho love triangle with Max. When asked if Jax was threatened by the new blood, he shakes it off. He pretends to not even know who Charli is, but she is about to show him what’s up. When Charli calls Jax a 50-year-old bully, I actually LOLed. Jax claims she is insignificant and yells at her to “know her role — you should be lucky that you’re here.” Jax can’t even remember why he spat out mean tweets about Charli (a sign of aging perhaps?), but Charli will never forget that he did it.

Also, I don’t think Charli sounds dumb, LaLa. What sounds DUMB is when you tell the world you give BJs for Rand’s PJ. I am proud of Charli for not backing down and flashing a million-dollar smile at Jax when he calls her the most disrespectful person. Hello, pot? Meet kettle! Looks like Charli might have established herself as a cast member tonight…

OMG how about when Schwartzie lost the marriage license AGAIN in Vegas. Do you think he did it on purpose because he is just that UNHAPPY with Katie?! Andy wants to know why Schwartzie thought it was okay to talk to Katie in such a sh*tty way after Randall’s police prank. Schwartzie explains that he just went off and humiliated Katie. They are meant for each other, as they just take turns cutting each other down. (PS — I don’t know what Katie has been doing during quarantine, but she looks great! I guess staying in really suits her.)

Jax is obsessed with trying to figure Ariana’s sexuality out and Ariana LOVES egging him on. It’s like she took a cue from Charli this reunion. Let’s be clear: Ariana “bothers” Jax because she knows his number. She knows he is a slimeball and she never hooked up with him…and for those reasons Jax hates her.

LaLa dodges Andy’s question about sticking up for Ariana and her bisexuality and instead diverts the attention onto herself. LaLa’s Instagram Live gets brought up and she essentially calls Sandoval and Ariana fairweather friends. LaLa breaks down and becomes emotional, with a perfectly timed tissue dab to her face. She cries that when Ariana talked behind her back and said LaLa needed to “toughen the f*ck up” about her father’s passing, it really hurt her. LaLa then explains that is why she was so mean to Ariana all season. Riiiiiight. 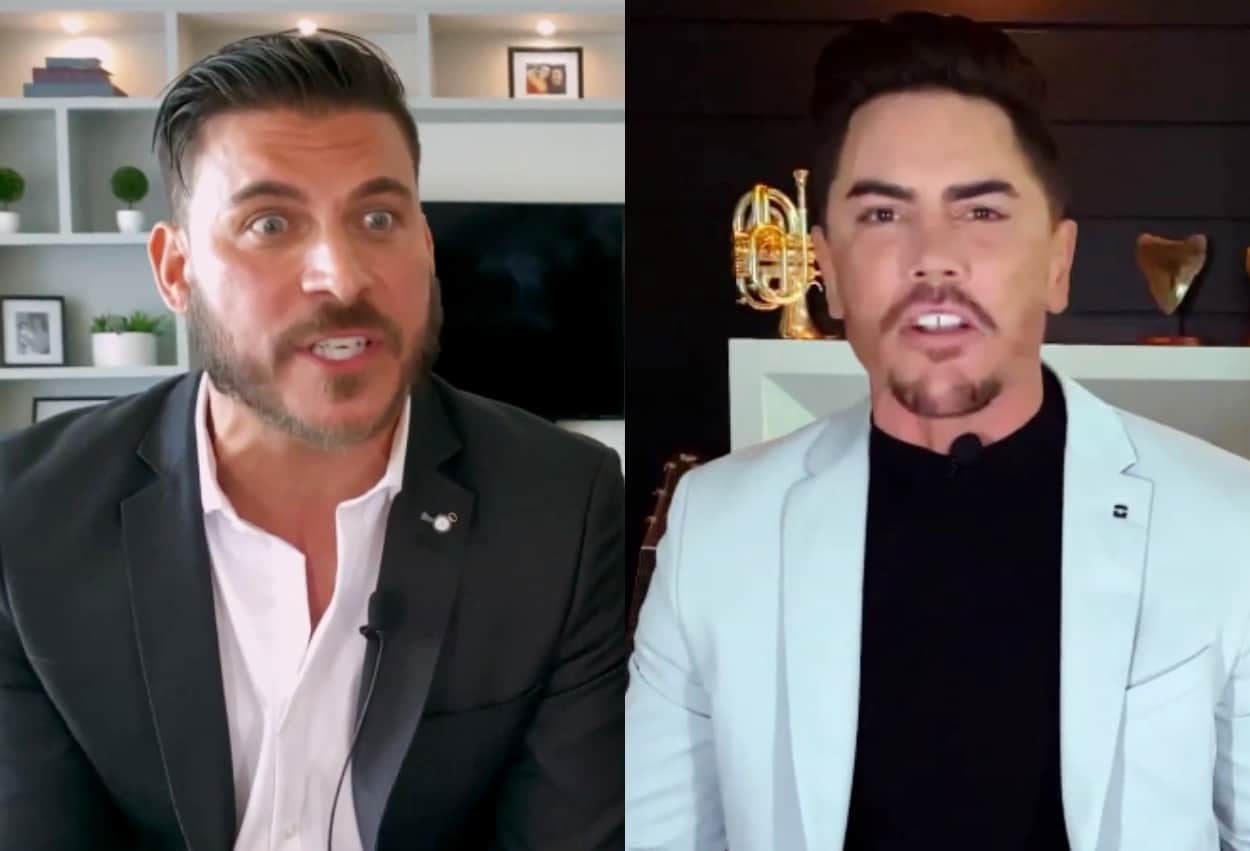 The nearly 20-year friendship of Jax and Sandoval is the next topic of conversation. While re-watching clips, Jax rolls his eyes and deep sighs, as if he couldn’t be bothered. Jax only likes to talk about what he likes to talk about when he wants to talk about it. Regarding the pastor for Jax and Brittany’s wedding, everyone gets all fired up again. Jax throws Brittany RIGHT under the bus and clarifies to all that he is BRITTANY’S pastor. Just to be clear.

Sandoval continues to justify his actions of confronting Jax about the homophobic pastor and Ariana yells to Jax, “I don’t give a f*ck what you don’t understand.” Jax cannot understand why Sandoval decided to take this issue on, but the topic freezes for a moment as another issue takes the spotlight.

Tweets from Max and Brett’s past have resurfaced and they are incredibly racist. Max apologizes and LVP reminds him to talk about his diverse family: his African-American grandfather and half-black mother, as if that’s an excuse for the awful things he said. Brett explains that his tweet was not okay then and it’s not okay now. LVP jumps in to defend her love, Brett, and she keeps those two men employed at her restaurant. She claims that if she fired “every one of you that has made mistakes…probably none of you would have a job.” This doesn’t seem like a little mistake to me, and I am shocked that more time wasn’t spent on this issue.

Moving back to Jax and Tom…

Stassi explains that Jax and Brittany have a habit of sticking their heads in the sand if they aren’t happy with how things are looking for them. Brittany cry-yells that this was one of the hardest times of her life. She swears that she only saw one tweet from the pastor that displayed homophobic behavior. It would not have been so terrible, Britt, if you just didn’t choose to be married by a homophobic pastor to begin with. See? That was easy…

Why is Schwartzie trying so hard to mend this very broken friendship between Sandoval and Jax? Why is everyone trying to protect Jax? I love that Ariana just calmly sits beside Sandoval as he straight up loses it on Jax. OF COURSE Jax turns it all back to his wedding. HIS wedding. HIS show.

Jax tells Sandoval, “You’re an awful person,” despite the fact that Sandoval is a way better friend to Jax than he should be considering all the f*cked up sh*t Jax has done to him. When Sandoval brings Jax’s mom into the mix, it goes off. Jax, you didn’t invite your mom to the wedding. It’s not surprising she didn’t show up after all the sh*t you talked about her! Sandoval is right, though. Jax always expects everyone to bow down to him. Jax, be grateful for the friend Sandoval is/was to you. LVP tries to intervene, but it doesn’t seem like anything can solve this except for a mute button. I don’t think the show could ever be renamed “Jax and Friends…” since Jax is *the* worst friend on the show