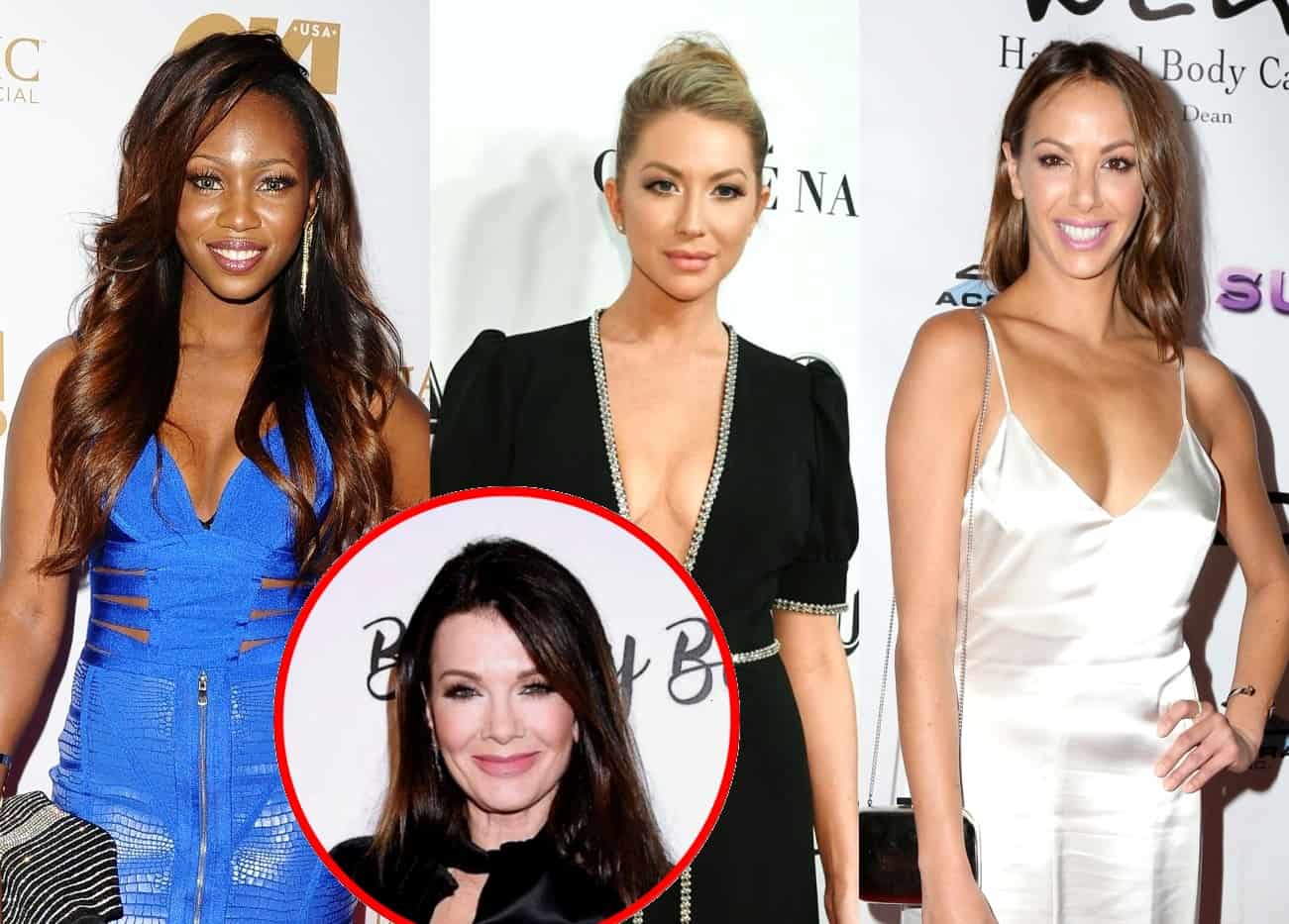 Former Vanderpump Rules cast member Faith Stowers is speaking out about the racism she is alleging she experienced during her time on the show.

From being falsely accused by Kristen Doute and Stassi Schroeder in 2018 of stealing from and drugging men at nightclubs to getting the brunt of shame from the women for sleeping with Jax Taylor while he was dating Brittany Cartwright, Faith feels like she never got a fair shot.

The reality star caught up with Floribama Shore star Candace Renee Rice on her Instagram Live to share the prejudices she says she faced as a former cast member. She also explained why she was ultimately disappointed in Lisa Vanderpump — someone she looked up to.

Faith first touched on the incident with Jax. It’s been said by fans of the show that some of the Pump Rules cast members have a history of letting Jax get away with his bad behavior, and Faith felt she experienced this – something she felt was unfair treatment from the women as they eviscerated her for the indiscretion, but seemingly took it easier with Jax.

While Faith didn’t name names regarding who said the “nappy” hair comment, she has alleged that Brittany used that word with her in the past.

Faith then went on the explain the incident involving Kristen and Stassi, where the two suspected Faith as being a woman who was wanted by the LAPD for stealing from and drugging men.

During an interview in 2018, Stassi made the shocking admission that she and Kristen called the cops on Faith due to their suspicion. After the cops failed to take action, Stassi also admitted that she decided to call the military police on Faith, a veteran, to accuse her of going AWOL.

Stassi then accused Faith of stealing Jax’s car. In turn, Faith threatened to file a lawsuit against Stassi.

Kristen took things a step further when she shared the public tweet (which had yet to be deleted as of today) below in which she implied to her followers that Faith was the wanted woman.

“But what did they have against you?” Candace asked.

“I don’t know!” Faith exclaimed. “I was so nice to them. I think it was just because they felt like Brittany was so sweet and it hurt her. But even then, it was like they both cheated on their partners with him as well, so I was just really like confused that they were attacking me and giving him nothing — in my opinion. He got off very very very easy — especially with the things I’ve been told. ”

Faith went on to explain her frustration with Lisa as well. She suspected that the Pump Rules matriarch brought her on the show to give the cast “attitude.”

“When she first approached me, she was very happy about the fact that there was a black person [who was going to be] on the show,” Faith explained. “She was like, ‘I want you to put them in their place, kind of give them this Nene Leakes kind of attitude. And I was very nice coming in […] I wasn’t really giving her that ‘show’ she needed from me.”

Faith concluded by explaining how she ultimately felt slighted by the experience. She felt a little despondent over not being able to tell her side of the story.

“In my opinion, I thought it was weird that everybody on the show got to do interviews and confessionals and I  didn’t even get a chance to do that to tell my story. [It] was a very interesting story, being a black woman in the military at the time — at the time I was still in the army,” she stated. “I didn’t feel like they appreciated that. And I adored Lisa because I learned a lot from her because she’s a real businesswoman.”

Faith, who is also a new mom, has since gone on to appear on numerous shows on MTV including, The Challenge.