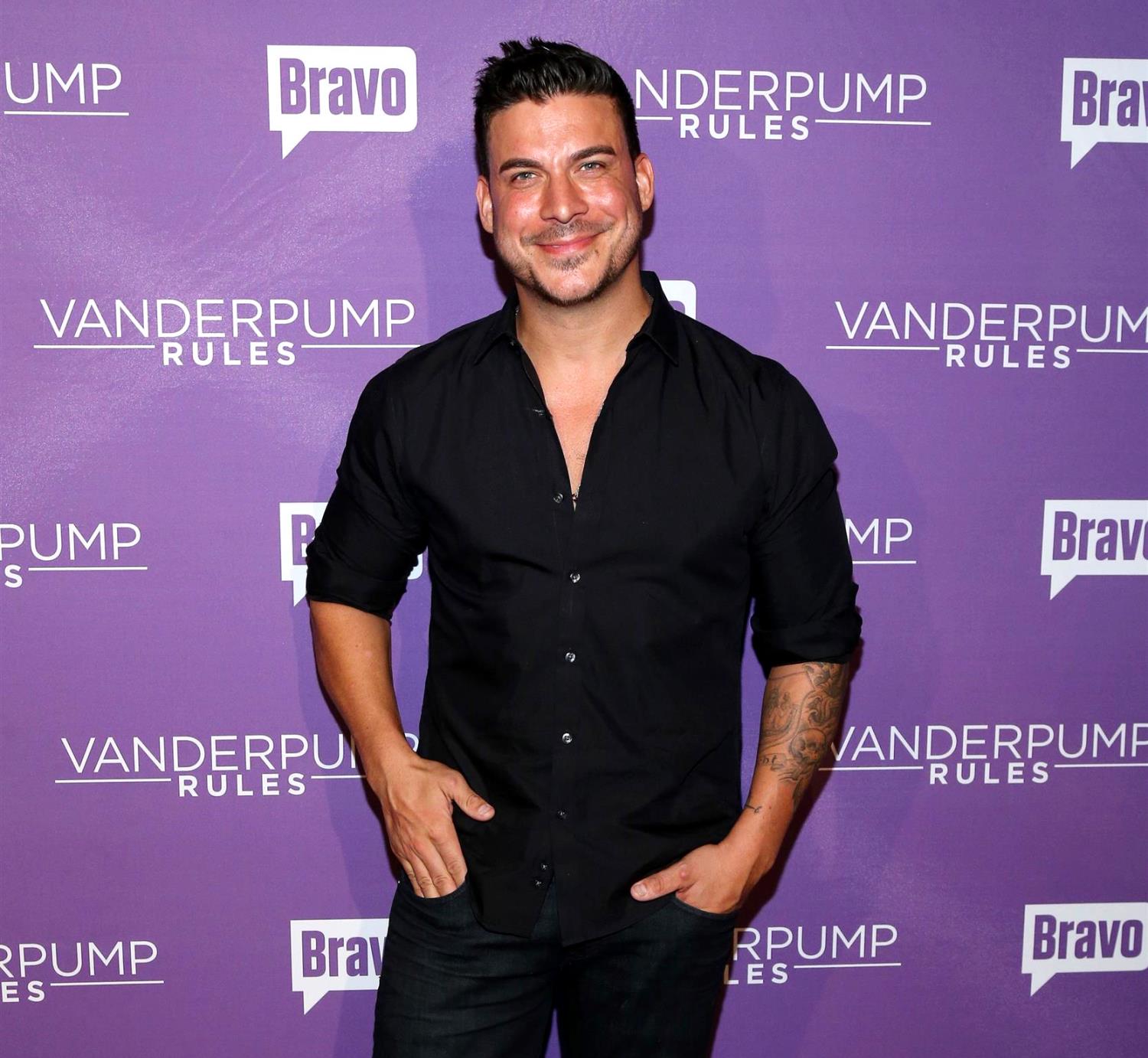 Jax Taylor is under fire after taking aim at a woman on Instagram who made a seemingly harmless observation about something he had said.

While Jax claimed to be a changed man during the Vanderpump Rules season six reunion special earlier this year, his comments to a woman named Jenn have fans convinced that he is still the same old Jax he’s always been.

Over the weekend, Jax, 39, shared a photo of the new TomTom bar on his Instagram page, when Jenn made a seemingly innocent suggestion about the decor.

She wrote, “@mrjaxtaylor tell @lisavanderump the decor looks beautiful but it looks like there’s a little too many pink stools – maybe add some black ones to make it a little more manly.”

For some odd reason, this comment seemed to set Jax off, leading to a rather vicious response.

Jax wrote, “the only thing that looks manly is you sweetie. Stop taking male hormones, not attractive.” 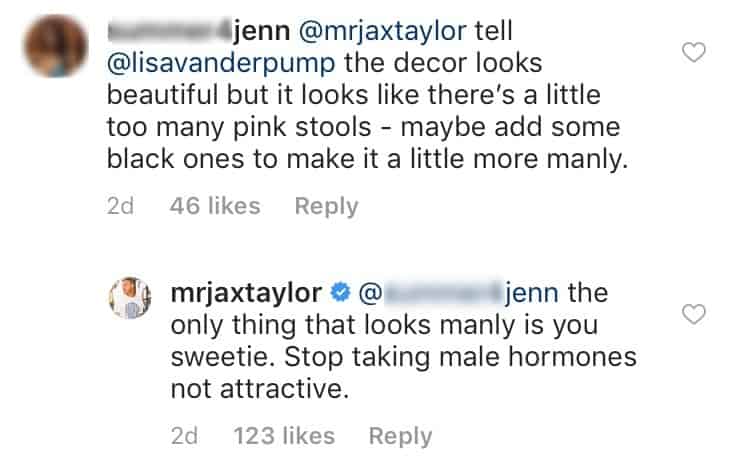 After Jax shared the comment above, he was flooded with comments from his fans and followers who expressed shock over his hurtful words.

“Wow! You were so rude! She made a comment about the decor and you attack her personally. I really thought you had changed but clearly NOT!” one person said.

“I thought you said cyber bullying was bad?” another asked.

“Wow, [you’re] making fun of someones looks!?! She wasnt even being rude,” a third person pointed out.

Over the years, Jax has been known for his bad-boy ways on Vanderpump Rules and because of that, he has frequently been faced with mean comments online. However, rather than accept those comments, he often takes stands against people he deems as “cyber bullies” and tells his online audience that he won’t hesitate to block those who send hateful comments his way.

Although Jax doesn’t want to be bullied himself, he seems to have no problem bullying others and fans aren’t happy to see this latest development.

“That comment was uncalled for. The only ugly thing here is your heart. Grow up and be respectful towards others for once,” a commenter demanded.

“She wasn’t even being rude so he just made himself look like a d*ck,” someone else noted.

Others expressed their disappointment after being sold on the idea of a “new Jax” during the Vanderpump Rules season six reunion.

“I’ve been defending you on other posts and saying it seemed like you had changed,” a fan said. “Be the better man you said you were gonna be at the last reunion show and don’t speak to women like that please Jax. I know you have the potential to be a good guy. I can see it in you.”

Another person wondered how Jax’s fiancé, Brittany Cartwright, felt about his comment, asking, “Where is [Brittany] crying about how mean body shaming women is when her fiancé does it to someone else?”

Jax is currently filming a new season of Vanderpump Rules.

TELL US – WAS JAX OUT OF LINE FOR HIS COMMENT?