Kim Zolciak-Biermann is clapping back at haters who claim her poolside bikini pictures are photoshopped as she and daughter Brielle Biermann showcase several pieces from her new swimwear line, Salty K Swim.

The Don’t Be Tardy star has taken to her Instagram the past few weeks to show off numerous bathing suits from her line. Weeks after posing in a skimpy pink bikini to celebrate her 42nd birthday and announce the Salty K Swimwear line, the swimwear entrepreneur shared a photo of herself in a plunging white one-piece on June 3.

“Everything but the kitchen sink @saltykswim” she wrote in the post.

Right away, Kim was accused by some of her followers of using Photoshop. One person told her the “photoshopping was out of control,” and another pointed out that “one leg is bigger than the other.” 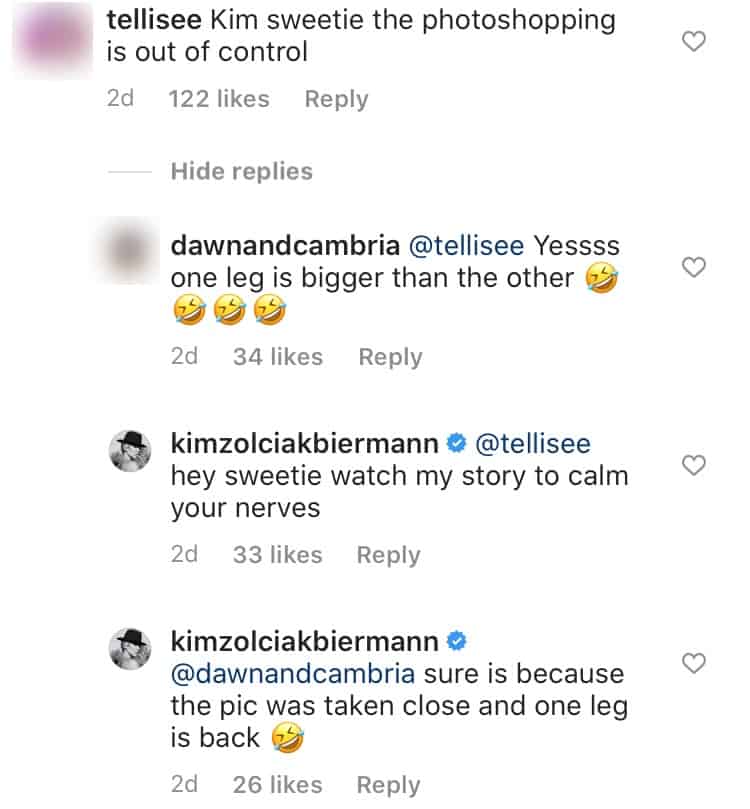 In an attempt to deny the photoshopping claims, Kim responded, “Hey sweetie watch my story to calm your nerves.”

The mother of six then shared a cheeky video of herself bouncing on a trampoline in her Instagram story in the white swimsuit (as reported by the Daily Mail), sharing how it “holds everything in.” 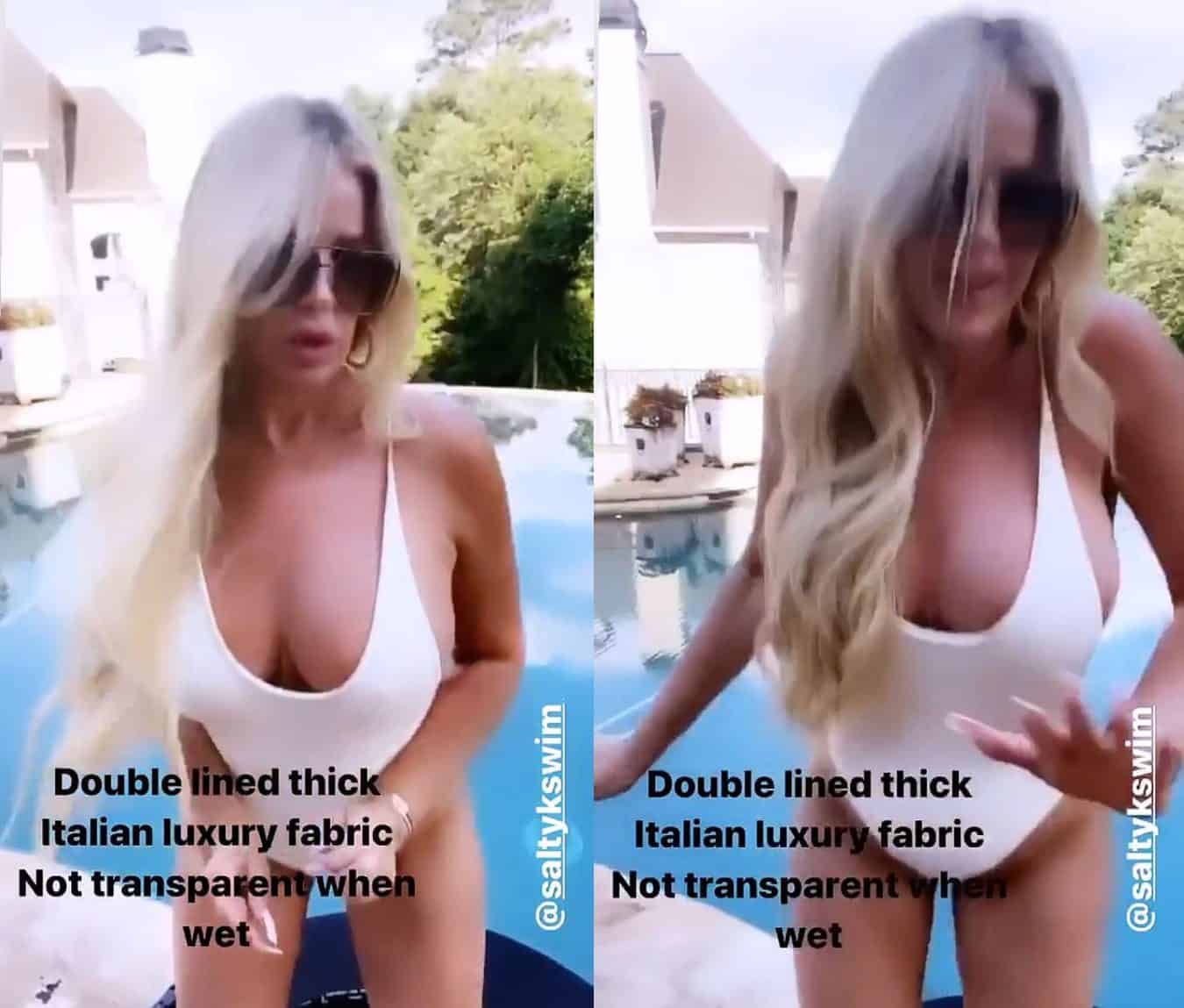 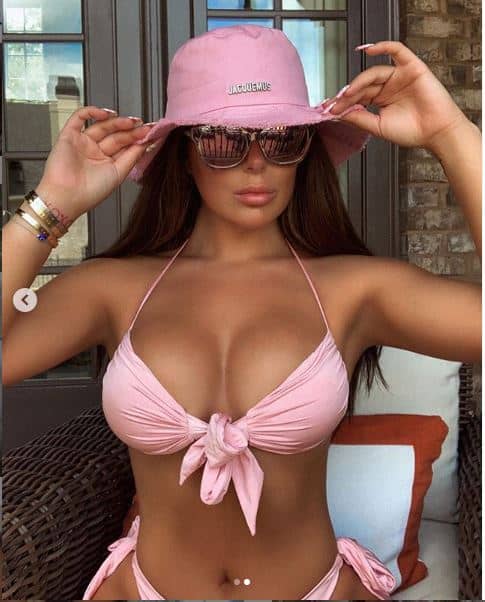 Don’t Be Tardy season eight is expected to premiere on Bravo sometime this summer.