Home Don't Be Tardy PHOTO: Brielle Biermann Uses Lip Fillers Again Weeks After Quitting and Explains Why She Needed to Do So, Plus She Teases Don’t Be Tardy Season 8

PHOTO: Brielle Biermann Uses Lip Fillers Again Weeks After Quitting and Explains Why She Needed to Do So, Plus She Teases Don’t Be Tardy Season 8 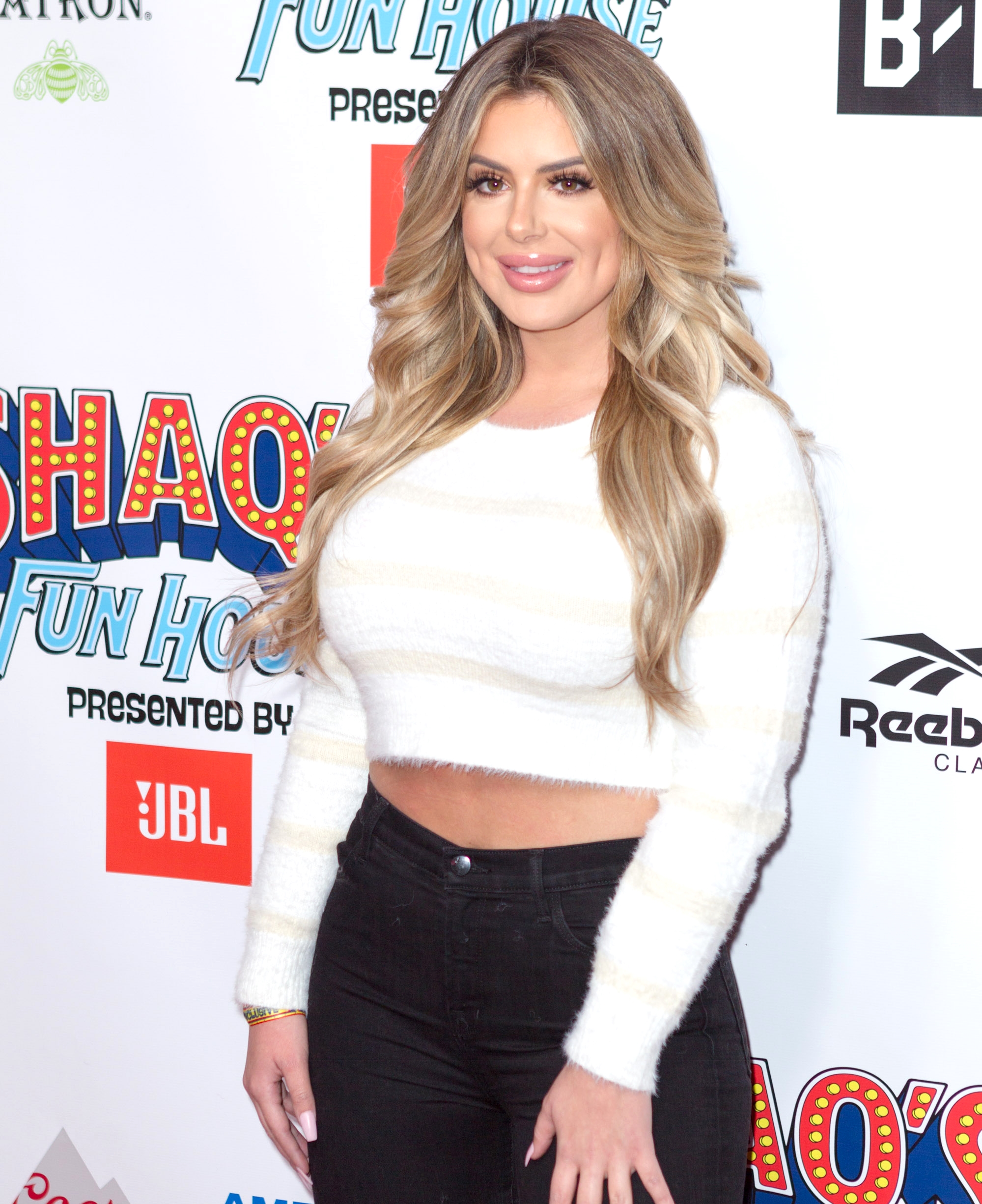 Brielle Biermann is back to using lip fillers.

Just over a month after telling her fans and followers on Instagram that she had her lip fillers dissolved, the Don’t Be Tardy cast member returned to social media and immediately captured the attention of her audience with a photo of her re-plumped pout.

“Butterfly effect,” Brielle wrote in the caption of her photo.

In Brielle’s photo, it was clear that the reality star had ditched her natural look.

“I thought [you] were getting rid of your fillers?” one person asked in the comments section of her post.

“I wanted to but my lips were uneven from the effects of the prior lip injections so I had [Dr. Thuy Doan] add a little to make sure things looked even,” Brielle explained.

“Still NOWHERE near as filled as they were a month ago!” she added. 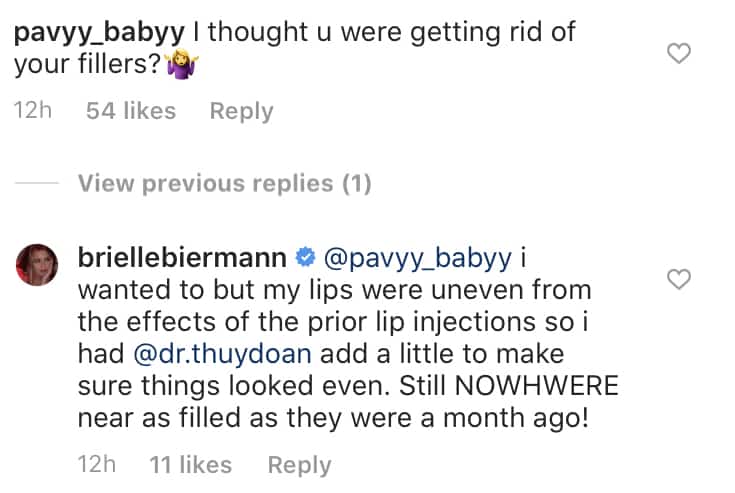 In addition to speaking out about her lip size on her own Instagram page, Brielle also responded to a post shared by The Shade Room, which was flooded with hateful comments from men and women who labeled her a “duck” and slammed her for looking plastic as she posed alongside mom Kim Zolciak and Keeping Up With the Kardashians star Khloe Kardashian.

“The plastics, the lips, white chicks.. cmon can we at least make this fun?” Brielle joked as the outlet requested their followers “name that group.” 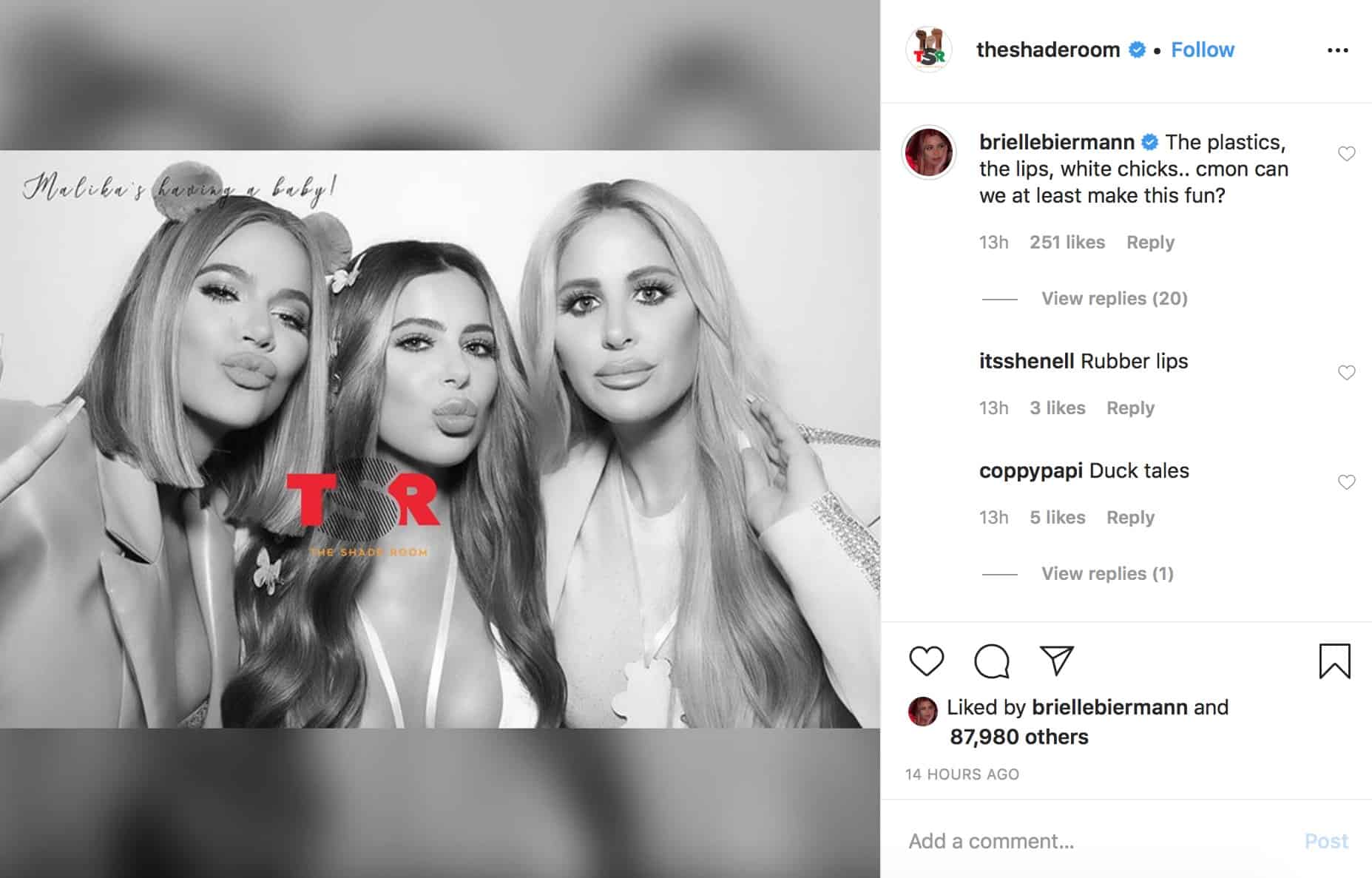 Brielle first told fans she was getting rid of her large lips on her Instagram Stories in January.

Also on Instagram this week, Brielle responded to a fan who asked how the upcoming eighth season of Don’t Be Tardy was going.

Don’t Be Tardy season eight will air sometime in the coming months on Bravo.