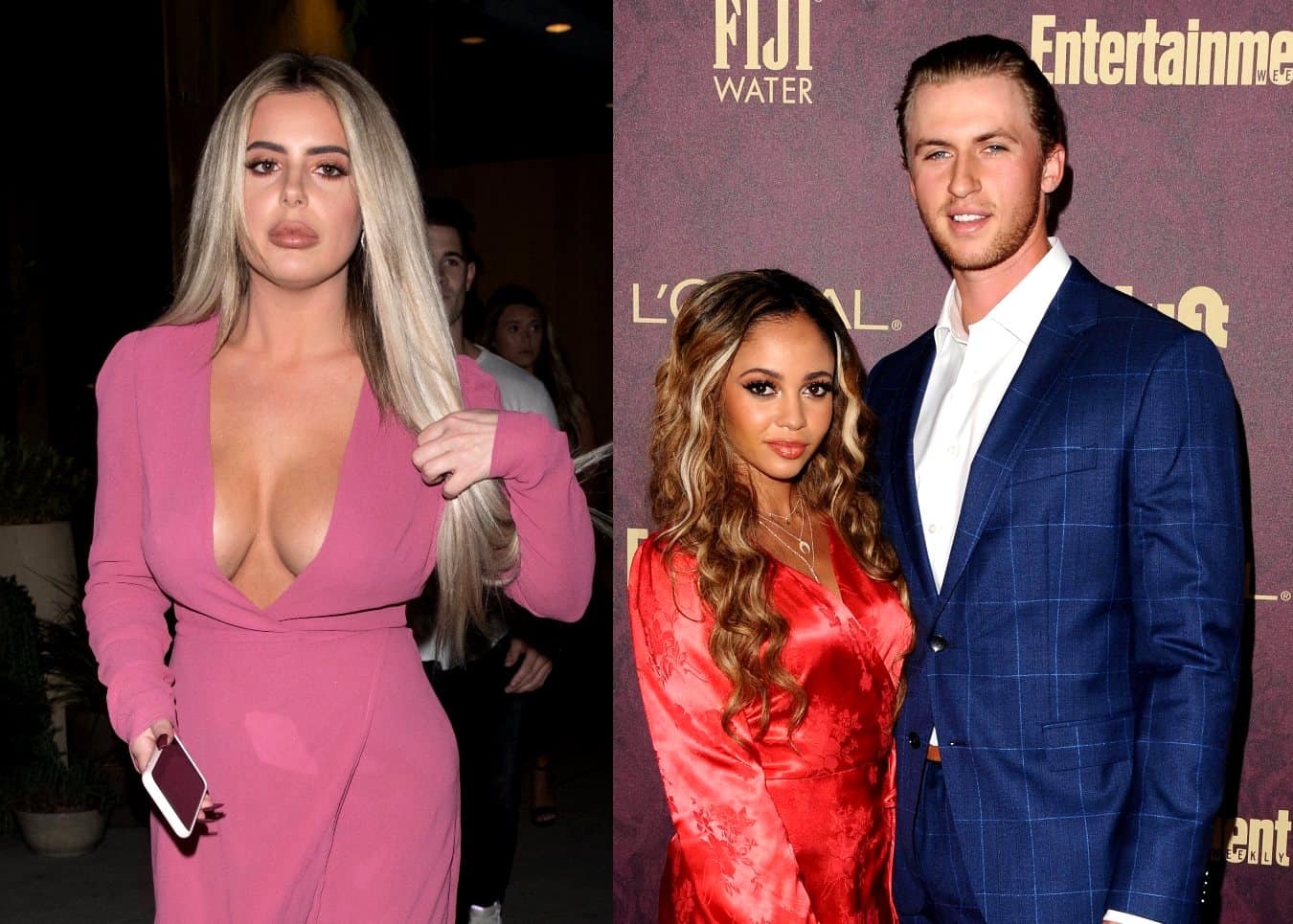 Don’t Be Tardy star Brielle Biermann shared a photo of her lips this weekend — announcing she had dissolved her lip fillers as her ex-boyfriend and MLB star Michael Kopech tied the knot.

It was likely a tough weekend for Brielle as her ex Michael married Riverdale actress Vanessa Morgan. The couple who got engaged back in July finally exchanged vows in an intimate setting at the Historic Walton House in Homestead, Florida this past Saturday.

“We both knew the first day we met that ‘this is it’ and I’m so excited that today officially starts our forever,” the bride, Vanessa, revealed to E! on her special day.

The wedding included the couple’s 40 closest friends and family and featured a cocktail hour of oysters and signature coconut drinks.  The couple also shared a romantic first dance together as they swayed to Tim McGraw’s “My Best Friend.”

As fans already know, Brielle and Michael broke up after two years of dating amid rumors of infidelity. According to the reality star, the young couple couldn’t manage to get on the same page when it came to their future.

While Brielle kept mum about her ex-boyfriend’s recent nuptials, she did take to Instagram to announce that she had dissolved her controversial lip fillers. This comes as a shock to many fans since her plumped-up lips have become somewhat of a signature look in her famous family.

“Dissolved my lips yesterday…gonna look like 18 year old Brielle again soon????‍♀️” the 22-year-old wrote in her Instagram Stories over the weekend. “2020 new year new me! Black n blue for a few days????” 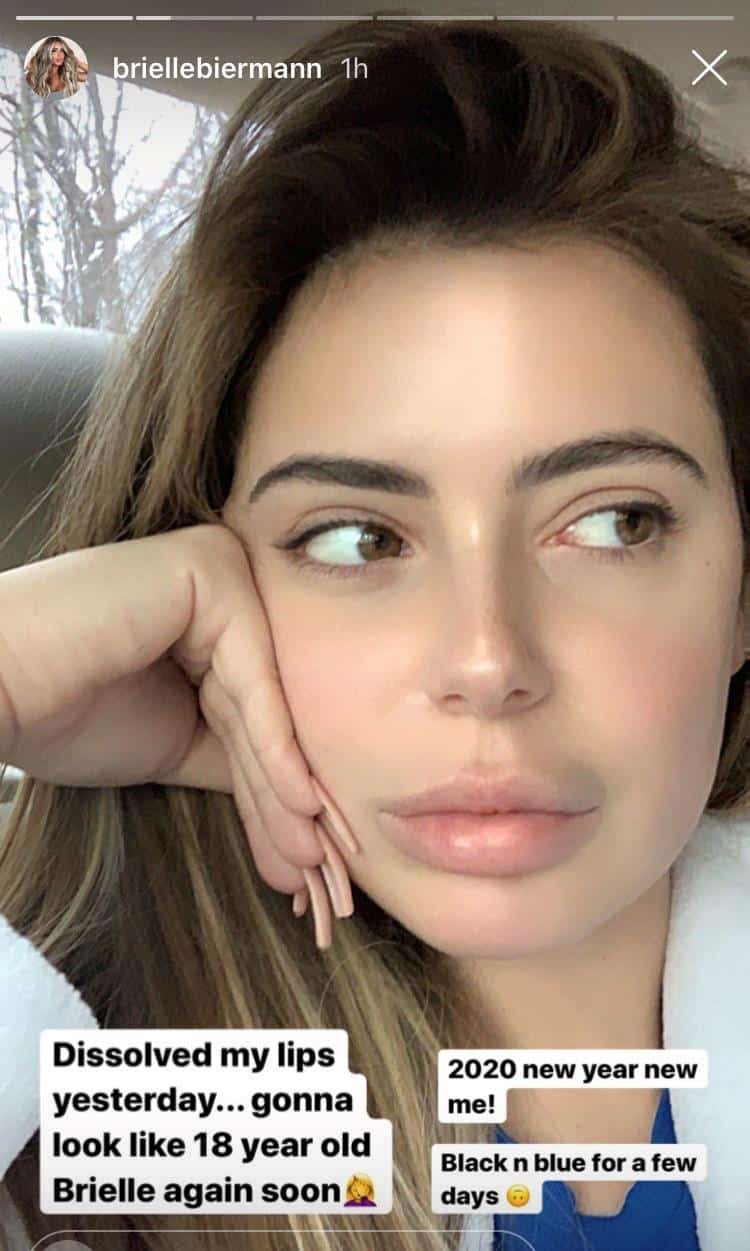 Brielle then shared a throwback picture of herself as a teen before she ever got lip injections. 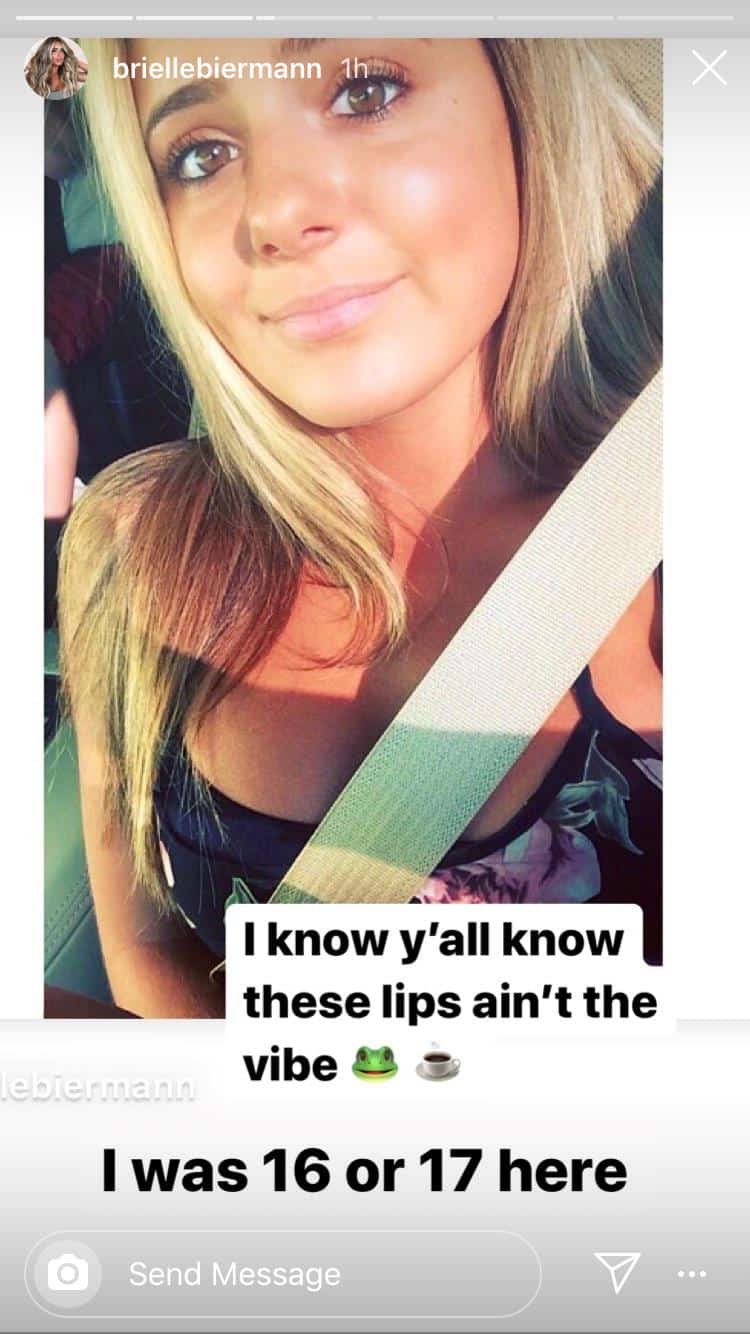 It’s unclear why Brielle is choosing to get rid of her lip fillers, but perhaps it has to do with the incredible backlash she’s received over them recently. And just last November, Brielle’s mom, Don’t Be Tardy’s Kim Zolciak, revealed that one of her other daughters, Ariana Biermann, has expressed wanting to get lip fillers herself. But will she change her mind amid her big sister’s recent decision?