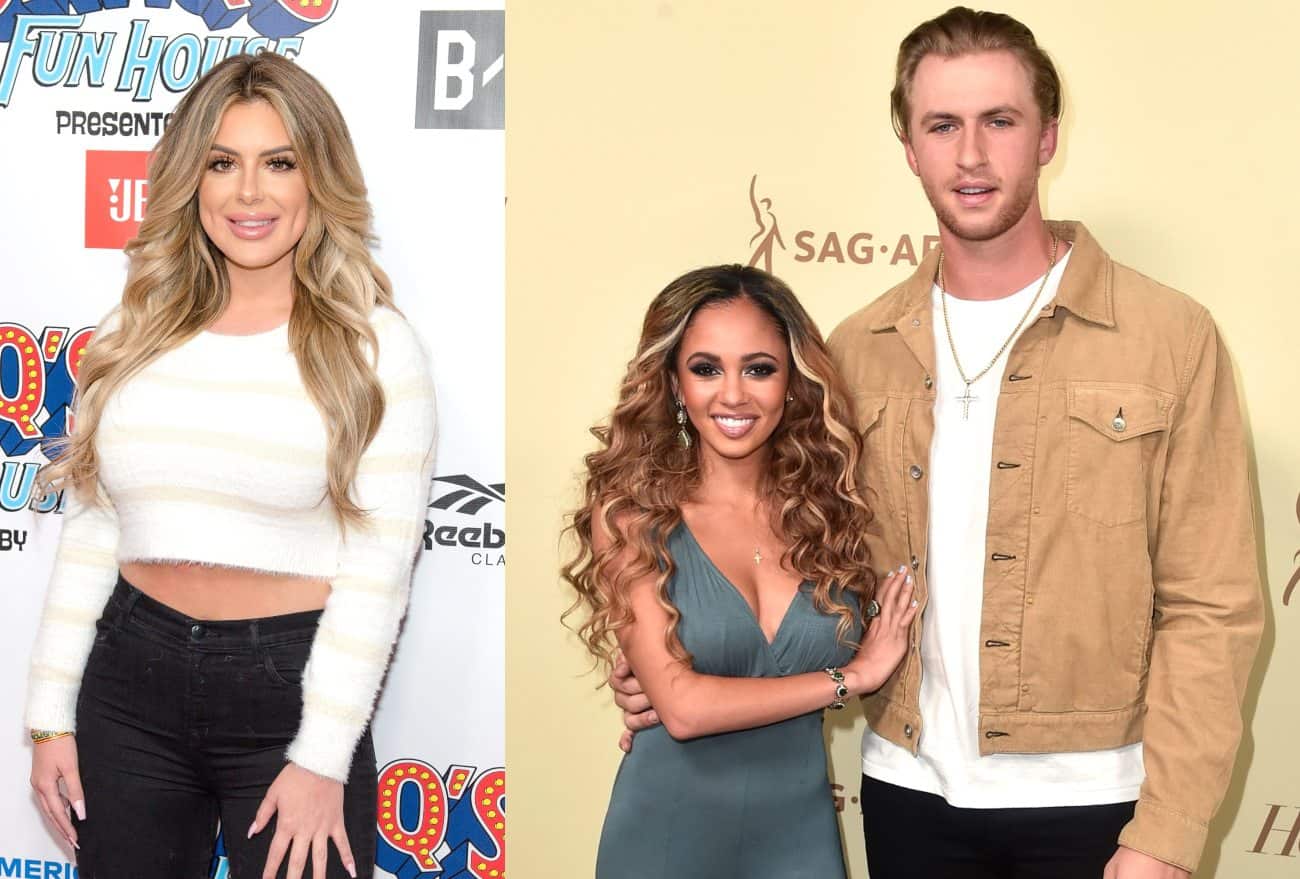 Just over a year after the Don’t Be Tardy star parted ways with the Chicago White Sox pitcher, he and Vanessa took to their Instagram pages, where he shared a video and she shared a photo of his romantic proposal at Mooney Falls in Supai, Arizona.

“So I’ll start with the obvious: I love you,” Michael began in his video post. “I love you intensely, passionately, & also at times, recklessly. I make decisions on the spur of the moment (i mean look at how our relationship has gone up to this point). I’m a very non traditional type of person and I know I’ve found my match in you when it comes to that especially.”

“Our relationship probably doesn’t make sense to many people for a sh*t ton of reasons, but we’re not doing it for them,” he continued. “We know this is forever. Why would we wait? lol. You literally stayed by my side when I felt I had lost my mind. You stayed by my side for these seemingly random changes of my life. You stayed when often times I didn’t deserve it. You’ve loved me for ME from day one. Completely unselfishly.”

“I’ll never have enough words to tell you how much I love you, but I promise to always show you. But for now, I’ll finish this how I started: I love you. SO MUCH. @vanessamorgan,” Michael concluded.

Vanessa also shared an image of the proposal on her page, which she captioned, “My Forever” and shared a photo of her engagement ring.

Earlier this year, Brielle opened up about her split from Michael, admitting that while she was really bummed out at first, she got over their split quickly.

Brielle also confirmed Michael was the one who prompted the breakup.

“It was more of him wanting to take a break, and he wanted me to wait on him. And I was like, ‘I’m not gonna wait on you, dude. You clearly wanna go f**k around. You think I’m stupid? I’m not stupid. I’m not gonna be waiting for you to return. I have a life, too.’ He was like, ‘In a year, we can date.’ I was like, ‘Are you insane? No,’” Brielle revealed to TooFab.