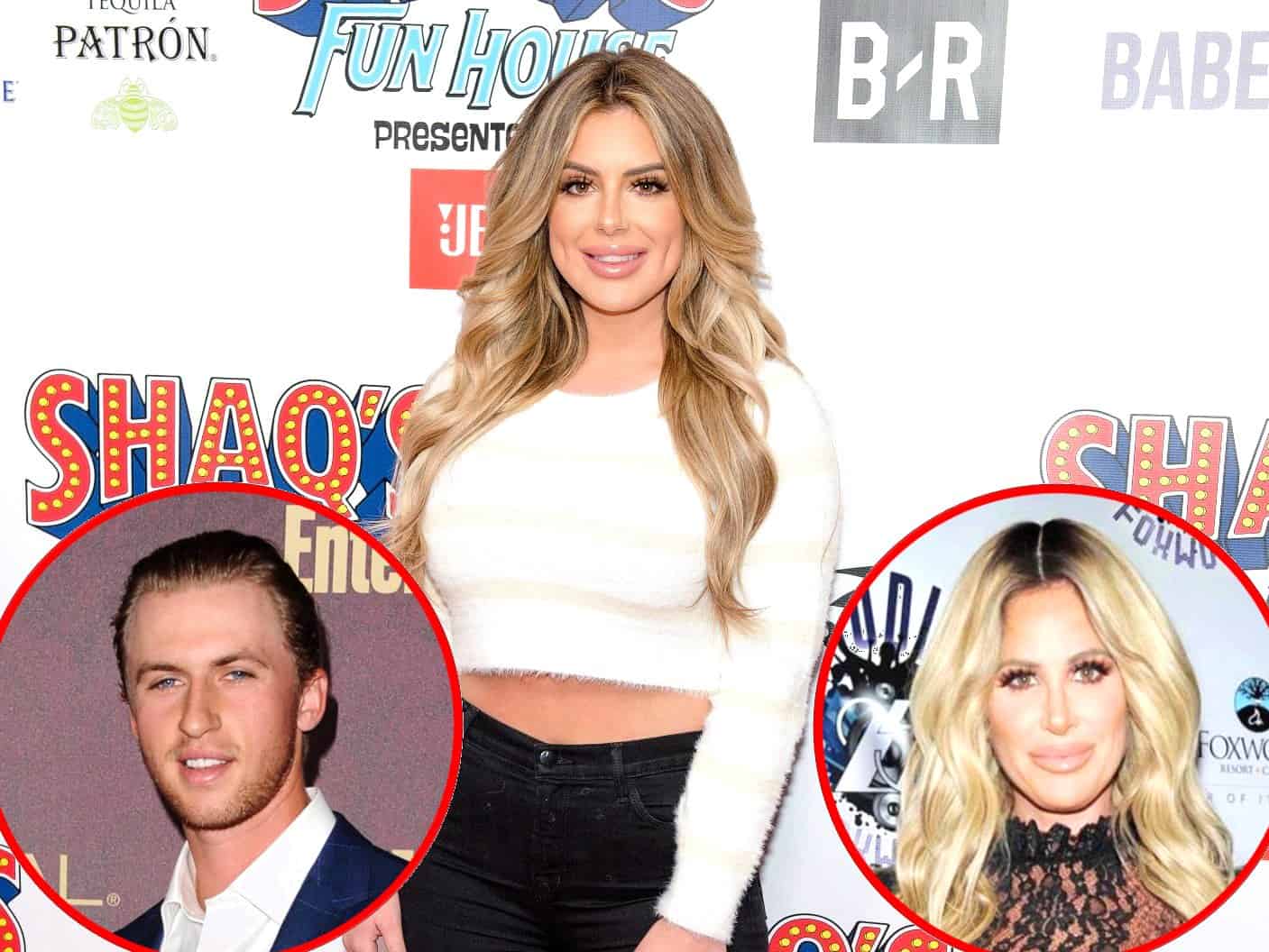 Brielle Biermann is opening up about her love life and her mom’s future with The Real Housewives of Atlanta during a series of new interviews.

Ahead of Don’t Be Tardy‘s new season premiere later this month, the 21-year-old reality star dished on season seven, life after her split from ex-boyfriend Michael Kopech, and Kim Zolciak‘s potential return to the show that made her famous.

“Last season, there were a lot of crazy things going on, like my brother getting bit and dealing with a lot more drama. This season, it’s so fun,” Brielle revealed to Hollywood Life.

She also discussed her breakup with her ex, MLB player Michael, after the two called it quits in March 2018 after two years of dating amid rumors of cheating. Then, just months later, Michael went public with a new girlfriend, actress Vanessa Morgan.

“You’ll see how all that plays out, but I’m single this season for the first time in a few years,” shared Brielle. “I was really bummed out about [the break up] at first but I got over it easily. I’m trying to find out who I want to be.”

Following Brielle and Michael’s split, her best friend revealed the relationship partially ended due to Michael allegedly cheating on Brielle on multiple occasions. As for her current dating life, Brielle wouldn’t reveal much but said fans will soon find out what’s going on in her world when her family’s reality show returns.

“My life has kind of changed a little since the show, so next season you’ll get to see more about that,” she explained. “This season I’m dating; I’m going on lunch dates or dinner dates, nothing crazy.”

As we reported, Brielle appears to be back together with her ex-boyfriend, Slade Osbourne, as they were photographed on vacation in Miami last October.

In addition to her love life, Brielle will also be seen moving out of her parents’ home.

“You’ll see me make a move out of the house and kind of how that plays out,” she shared. “And, you’ll see which parent — which may kind of surprise you guys — Is most upset about it. They’re denying it, but you can feel their energy and you’ll know exactly what I’m talking about.”

Speaking to Hollywood Life in a separate interview, Brielle addressed her mother’s potential return to RHOA, saying she would never let Kim go back to the show.

“We tried that last year and it didn’t work out,” she pointed out.

“I am not into the drama,” she continued. “I don’t like the drama and I don’t like the drama from the show. I like to just be with my family. It stressed me out. I hated it. I like it because it gave us the platform we have today. Without Real Housewives and the opportunity that it gave my mom, there would be no Don’t Be Tardy, and there would be no Kroy [Biermann] because she met him on the show. But looking back, I would never return.”