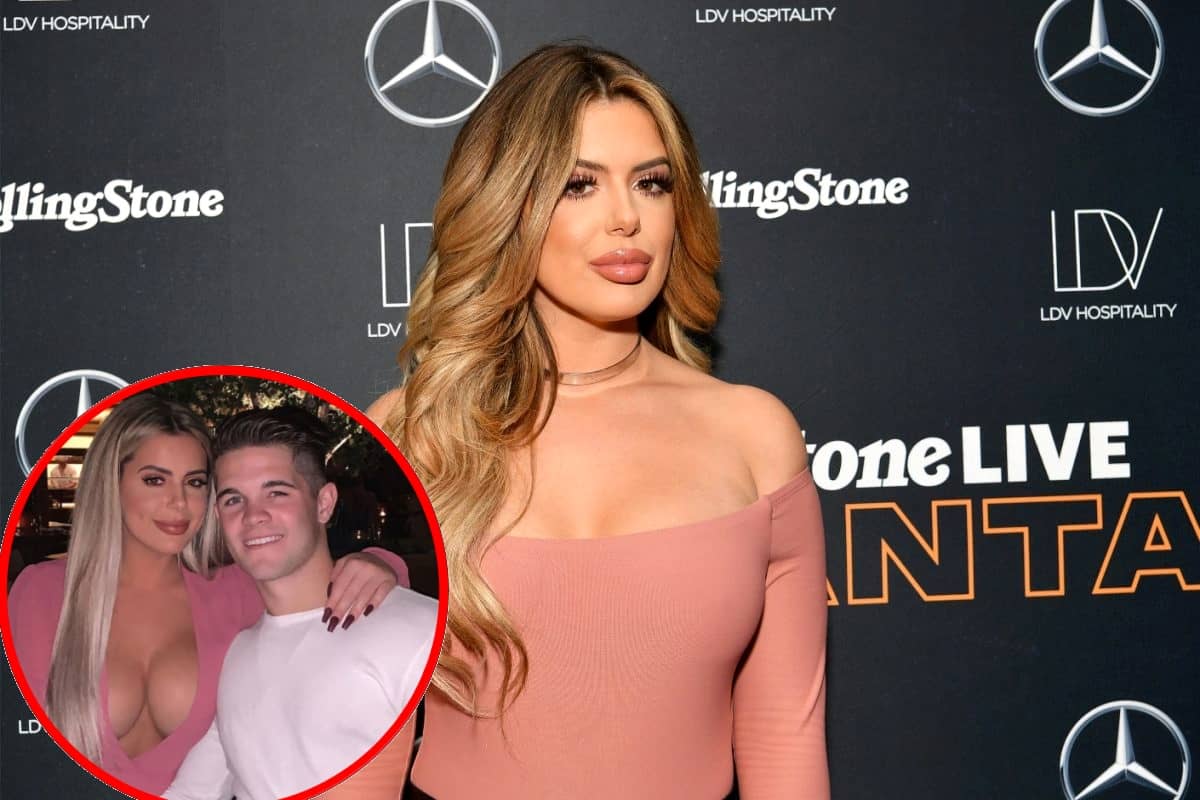 Brielle Biermann enjoyed a meal at celebrity hotspot Nobu in Malibu, California over the weekend, and boy, did she turn heads.

While spending time with her friend, Zach Baus, the Don’t Be Tardy cast member showed off her assets in a major way while wearing a very low-cut, racy pink dress, which she shared a photo of on her Instagram page. The photo quickly prompted a firestorm of comments.

“Every blonde needs a brunette best friend,” Brielle wrote in the caption of her photo.

After Brielle shared the busty image, a number of fans left her comments on Instagram, suggesting that in addition to needing a brunette best friend, the 22-year-old reality star is also in need of a bra.

Other suggested Brielle had gone under the knife.

“[Dr. Hochstein]?” one person asked, tagging the plastic surgeon who operated on the breasts of Brielle’s mom, Kim Zolciak.

“Well, those are new,” said another.

Some fans even criticized Brielle for trying too hard and being “too much” while others encouraged her to flaunt it while she can.

“She could be wearing a turtleneck and people would still find something about her to pick at. Let the girl live her life! Shes beautiful,” one fan suggested. 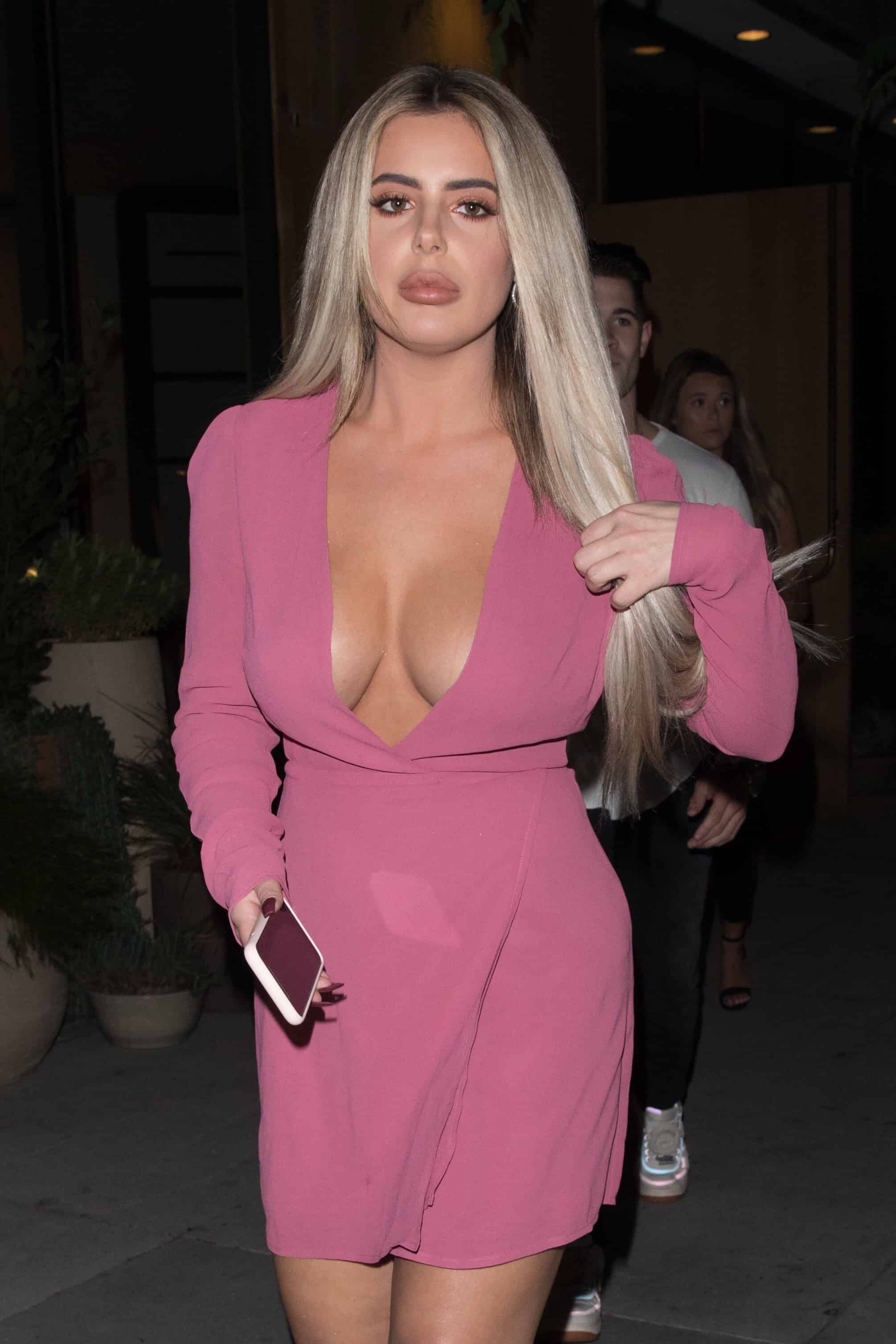 At the end of last week, following months of backlash over the large size of her lips and her continuing use of injectables, Brielle showed off what appeared to be her biggest lips yet. However, as fans later realized, her outrageous photos were actually the result of a filter, not fillers.

“Y’all love to act like this is what I actually look like. Could you imagine?” Brielle said as she recorded herself in a car with a filter that enhanced the size of her pout. 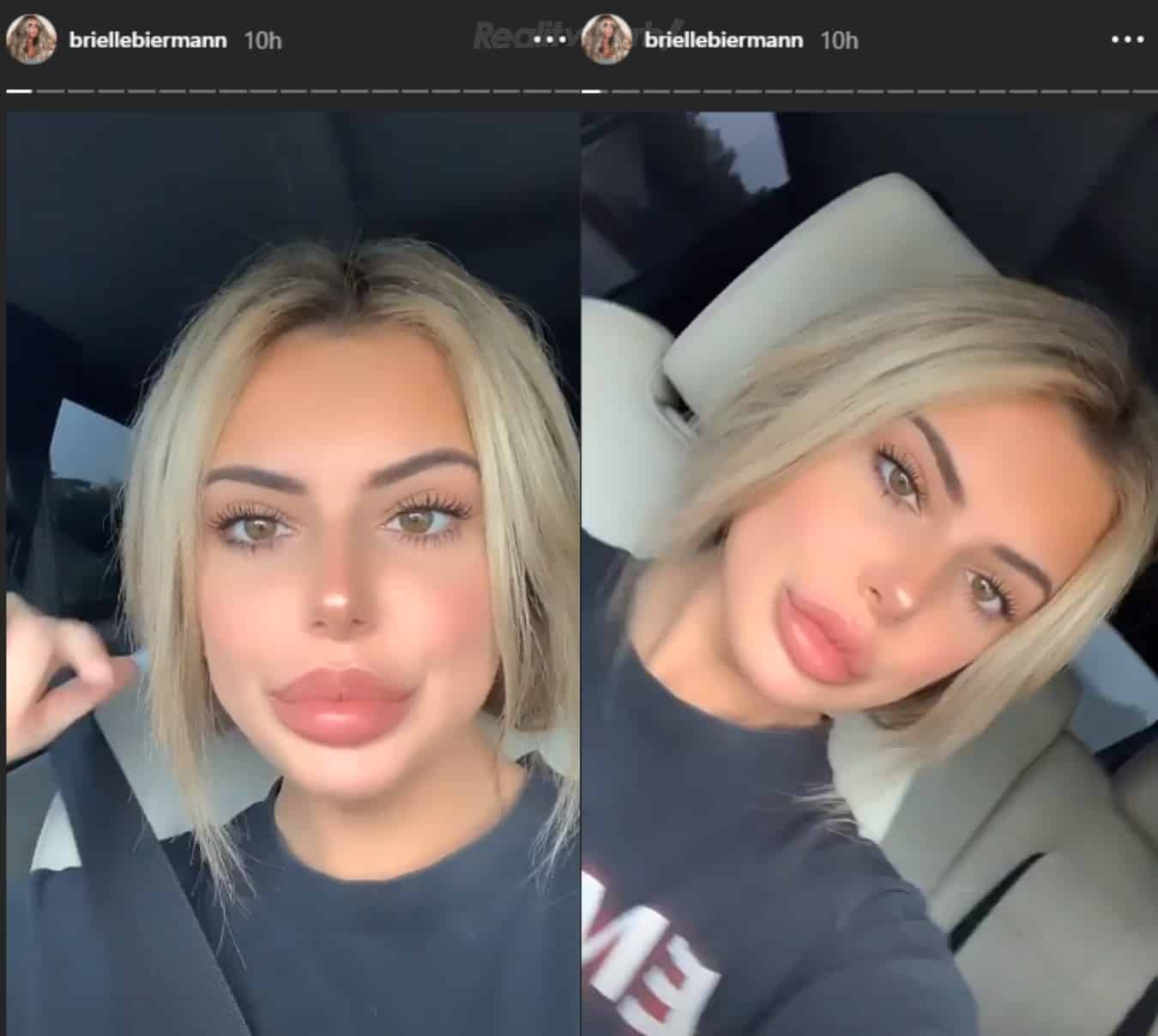 Brielle used filters that made her lips look larger than normal

“I really don’t feel like it’s that bad of a look though,” she joked.

A short time later, Brielle was seen showing the filter to Kroy Biermann, who didn’t initially understand what was happening to his face.

“What is it doing to me? Is it smoothing me?” he wondered.

“Do they just keep getting bigger?” Kroy asked.

After laughing at her stepdad, Brielle turned the camera to herself and asked, “What if I looked like this, bro?” 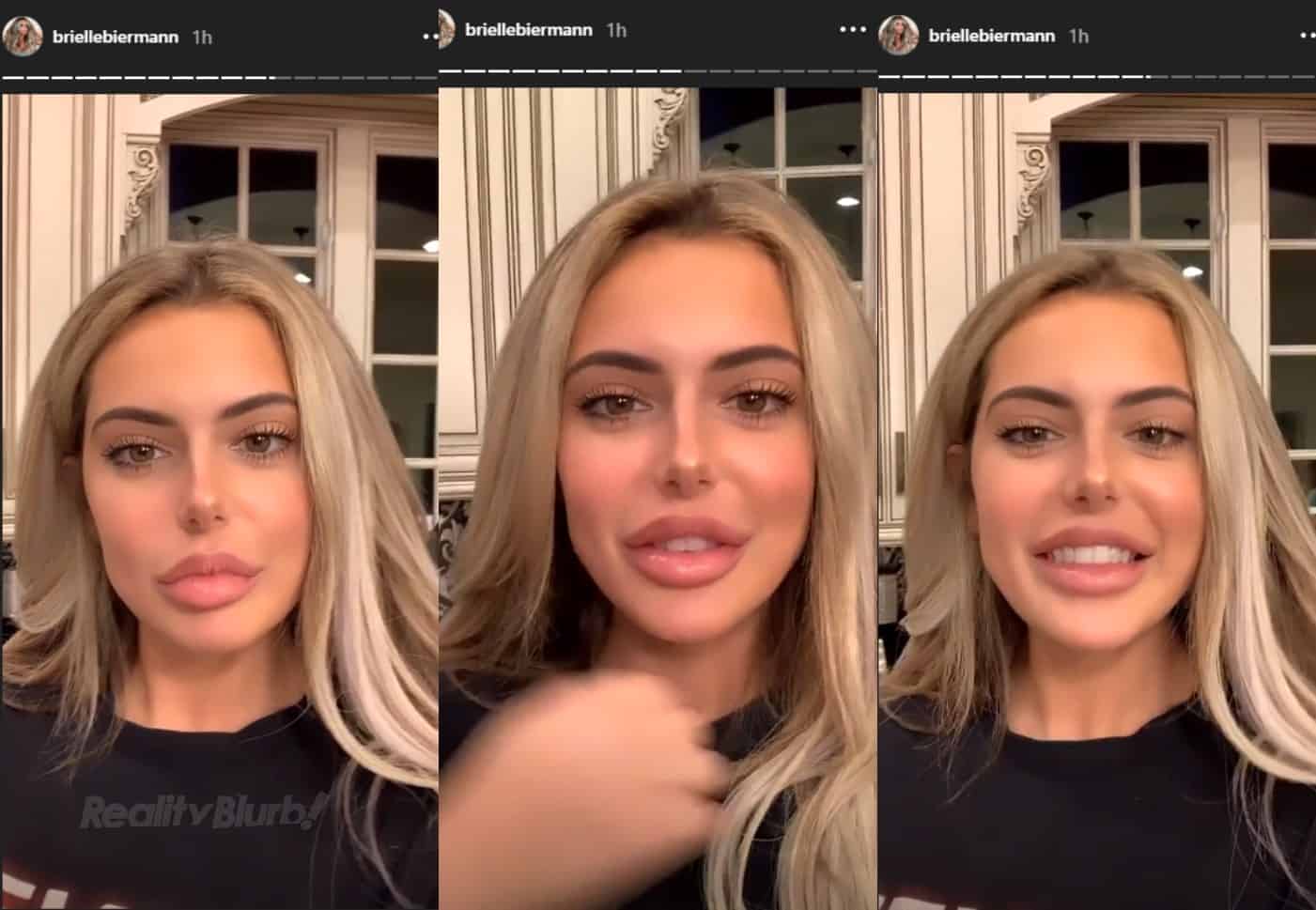 Earlier this year, during an interview with Hollywood Life, Brielle opened up about the ongoing criticism she’s received in regard to her appearance.

“It’s all day every day and it gets annoying,” Brielle admitted. “Everybody has an opinion, good or bad, and it just gets annoying all of the time.”

Don’t Be Tardy season eight is expected to air on Bravo TV sometime next year.